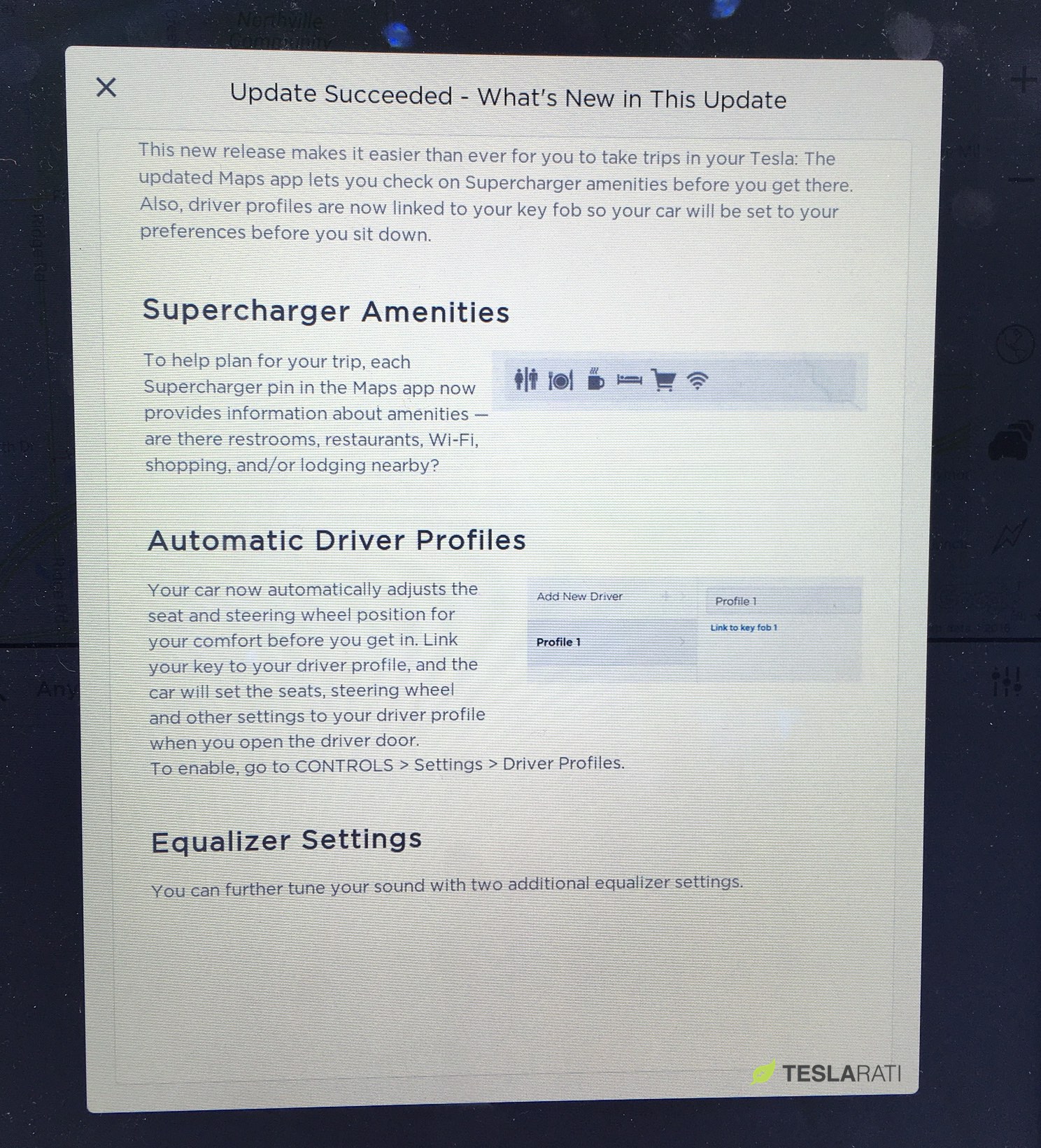 Ahead of Tesla’s much anticipated version 8.1 over-the-air software update which promises the activation of Enhanced Autopilot on “hardware 2” equipped vehicles, the company has rolled out v8.0 (2.50.114) which adds Supercharger amenities and key fob pairing to a driver’s car profile.

The updated Maps app will now display icons near each Supercharger location that depicts restrooms, shopping locations, Wi-Fi spots, and nearby lodging. The new update aims to help drivers plan for their Tesla road trips and is similar in thought to what we have done through our iOS and Android app which features 20,000+ crowdsourced recommendations for Tesla location’s worldwide, submitted by owners.

This can be especially useful if there’s more than one driver in the Tesla household and each person carries their own key fob. Audiophiles may rejoice knowing that Tesla has also added two additional equalizer settings to the new software update that allows for finer control of the audio profile. Tapping on the equalizer button in the media player will open up the Audio Settings display which shows the two new adjustments.