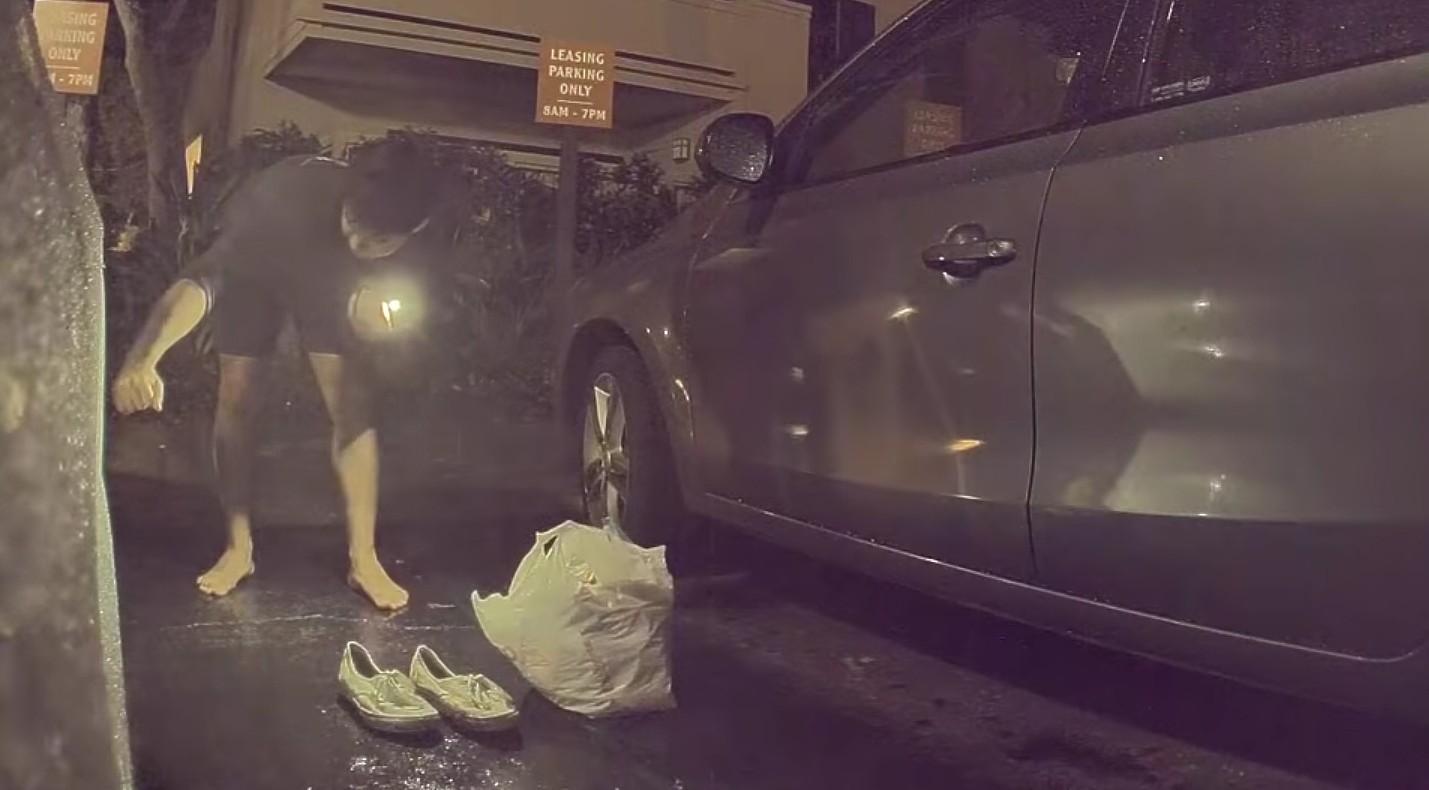 A new video has surfaced of a man in CA slashing a Tesla Model 3’s tire, leaving the impression that the vandalism incidents against all-electric vehicles is far from over.

A YouTube account by the name of Le Go posted a video on December 4 of a man stabbing one of his Model 3’s tires during a particularly rainy night. Interestingly, the vandal actually seemed like he was aware he was being recorded, looking directly at the Model 3’s side cameras before dropping his bags of groceries, pulling out his cell phone flashlight, and pulling out a pocket knife. He then proceeded to stab the Model 3’s tire multiple times.

The man did suspiciously look around for others in the area to make sure he was not being watched by anyone. Fortunately, the car he was vandalizing was capturing the entire act on camera with a clear image of his face.

Let's catch this guy! Spread the word: A vandal slashing a tire of a Tesla Model 3. Video: https://t.co/ow7G0iJgnO pic.twitter.com/0HfSRnloPh

The Tesla Model 3 owner provided some background on the incident in the description of his YouTube upload.

“The incident happened around 3 AM when the car was parked by the leasing office of a rental apartment community in Newport Beach, CA. When I found out one of the tires was flat on my way to work, I checked the recordings made by the car. Its Sentry mode saves videos of all suspicious activities around the car from 4 cameras, one on each side.

After I got a loaner wheel from Tesla I brought the evidence to the police station. I was told by the police that there were other cars in the same area which had their tires slashed the same night. Apparently, the crime was not Tesla-targeting, but it was a Tesla Model 3 which caught the suspect on camera. The investigation is ongoing. I will keep you posted. If you happen to know this guy, please call NBPD.”

In the past few months, Sentry Mode has captured many incidents of Tesla vehicles being targeted in attacks. The most popular form of vandalism is keying, but Sentry Mode and Tesla’s Dashcam have managed to capture many different forms of hazing, including a recent “Coal Roll” attack in Miami, Florida. Luckily, many of these culprits and perpetrators have been brought to justice.

The repeated targeting of these events is eye-opening for a community of people who are driving cars that help our environment. There is an evident hatred of electric vehicles by people, and the specific reasons are unknown. However, Sentry Mode gives Tesla owners the opportunity to capture the perpetrators on camera, an advantage that other car brands do not have.

You can watch Le Go’s video of his Tesla Model 3 being vandalized below.