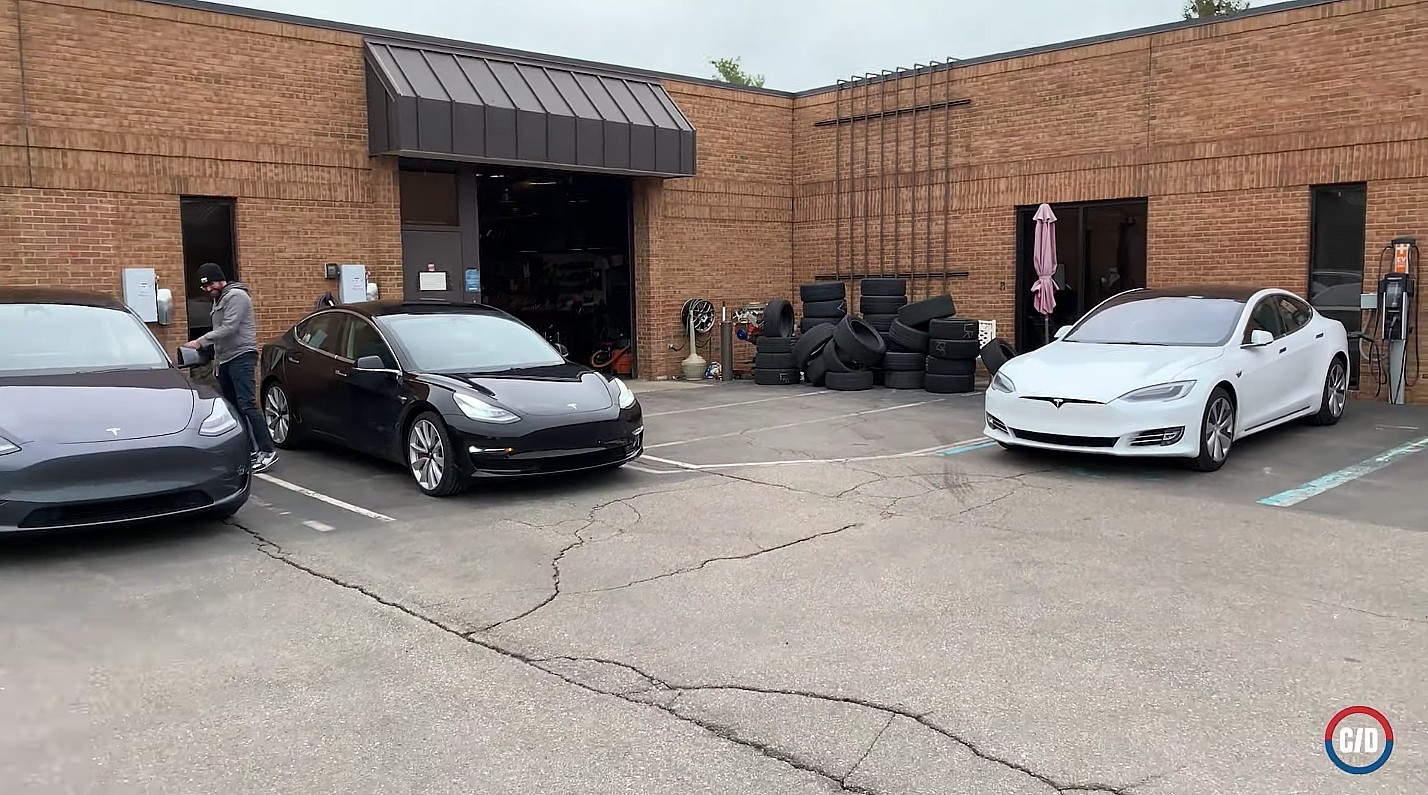 An 11-way, 1,000-mile endurance test has proven that long trips with an electric vehicle in the United States are now possible, though those who are not driving Teslas may find themselves a bit challenged. These were the findings of motoring publication Car and Driver, which held a long-distance race between 11 EVs that are currently sold in the United States.

Despite using apps like A Better Route Planner (ABRP), some teams immediately started hitting some challenges just a couple of dozen miles into the race. The team in the Nissan Leaf Plus, for example, made its first stop at a charging station just 23 miles into the race reportedly as suggested by the ABRP app, but this resulted in them being the last group to arrive at a single ChargePoint DC fast charger in Lima, Ohio, behind three other teams. The team in the Audi e-tron eventually gave up their spot in the queue to look for another charging station, but they eventually returned after the other charger they were hoping to use turned out to be offline.

The non-Tesla EVs with longer range such as the Ford Mustang Mach-E and the Volkswagen ID.4 fared slightly better, driving longer distances before needing a charge. When the vehicles did need a charge, however, the teams ended up experiencing similar issues as their competitors. From single ChargePoint DC fast chargers in some locations to areas with only Level 2 chargers available, some of the teams in the race ended up wasting valuable time. This was especially true for the Ford Mustang Mach-E team, whose lead against its non-Tesla peers tricked down as slowly as the Level 2 stations it ended up using north of Morgan­town.

In comparison, the Tesla Model S, Model 3, and Model Y teams went through the race without much issues, and a good reason for this was the Supercharger Network. With the rapid charging station being as robust as it is today, the trifecta of Teslas dominated the 1,000-mile race. The Model S Long Range completed the race in commanding fashion, and it was followed by the Model Y team, who beat the Model 3 team through some extra assertiveness. This all but proved that if drivers wish to conduct long road trips in an electric vehicle today, Teslas are still the way to go. The Supercharger Network is just that good.

Ultimately, the Tesla Model S completed the 1,000-mile run in 16:14, followed by the Tesla Model Y, which finished the race in 17:50. The Tesla Model 3 took third place with a 17:55 time. The rest of the competition arrived over the following hours. The Ford Mustang Mach-E, the electric vehicle hailed by Car and Driver as its 2021 EV of the Year, came in at fourth place with a total time of 20:31, followed by the Porsche Taycan 4S, which had a total time of 21:00. The Kia Niro EV, the Audi e-tron, and the Volkswagen ID.4 all took over 23 hours to complete the 1,000-mile run, and the Volvo XC40 Recharge needed 25:47 to finish the race. The Polestar 2 took a surprisingly long 26:52 to complete its run, while the Nissan Leaf Plus took a whopping 32:57 before it crossed the finish line.