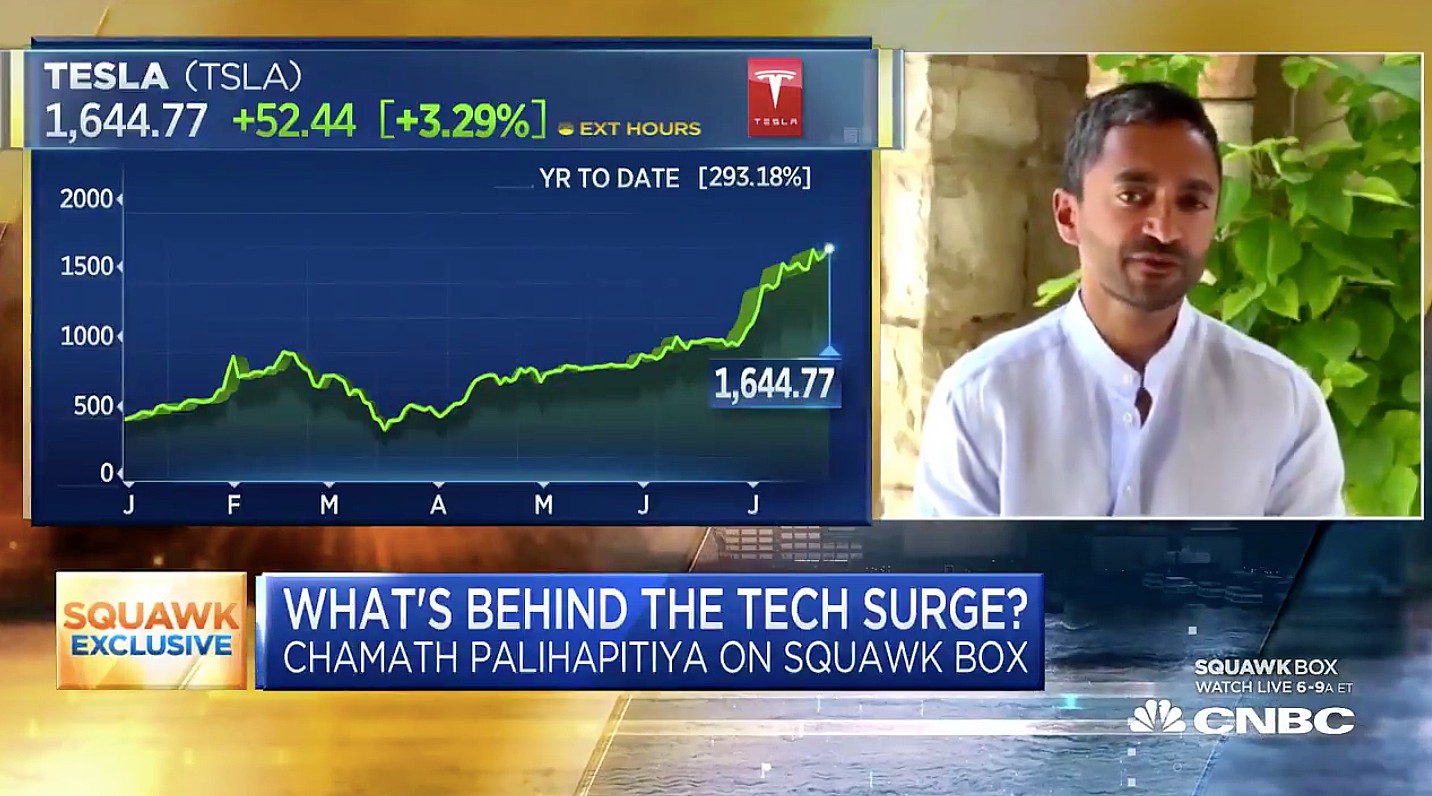 On the heels of a profitable Q2 2020 earnings report, Tesla (NASDAQ:TSLA) bulls and bears remain locked in battle over the electric car maker’s second quarter results. Tesla bulls are celebrating the company’s first profitable year, while bears are pointing out that the electric car maker was only able to accomplish such a feat due to regulatory credits. For venture capitalist Chamath Palihapitiya, the TSLA bull vs bear debate has been an example of long term thinking against balance sheet mathematics.

Chamath, an early investor in Facebook who is estimated to be worth about $1.2 billion today, was recently featured in CNBC’s Squawk Box. During his segment, the venture capitalist explained that there is an emerging trend today among Wall Street analysts and retail investors, since the latter now have access to so much information. The result of this, according to Chamath, was that the quality of retail investors’ analysis has gotten a lot better, to the point where it could be on parity or even better than Wall Street’s.

“I think this is a really important example of much bigger trend that’s happening in the stock market, which is that retail investors now have access to so much information that it’s almost on parity with people that work in traditional investment organizations. And what we’ve seen as that happened, is that the quality of that analysis and the ability to see around the corner is as good and in many cases, better than traditional investment firms in the way they view the problem,” he said.

Responding to inquiries about Tesla bears’ arguments about the company’s regulatory credits, the venture capitalist explained that TSLA critics have so far been playing balance sheet mathematics. This, unfortunately, has led them towards massive losses, something that Tesla short sellers have suffered from in recent months. Apart from this, Chamath added that ultimately, it should be noted that the Tesla story is not only about cars anymore. He added that this will only get more prominent as the industry shifts further into electrification. In short, Tesla’s milestone in Q2 was not an ultimate victory for the company — it is only the beginning.

“So from Day 1, you’ve had this massive tension between the bulls and the bears on this company, and the bulls, basically saw a long term trend around electrification, and the bears tried to play with balance sheet mathematics. Of course, if I said ‘You can sell 90,000 cars, but then if you negative sell 100,000, then you’ve not sold 10,000.’ And you would say, ‘What does any of this mean?’ You can use any convoluted logic to try to be short this stock, and what you would have done is just lost an enormous amount of money.

“And so, what we’re gonna see now is that the stock will be part of the S&P 500. It is the leading edge when it comes to electrification and decarbonization, and here’s something, what the bulls would get right and what the bears will ignore from here is that this is no longer about cars. That that’s the first wave of growth, and I think people are pricing in an evisceration of traditional autos and an enormous shift to EVs, of which Tesla will get the disproportionate share,” he said.