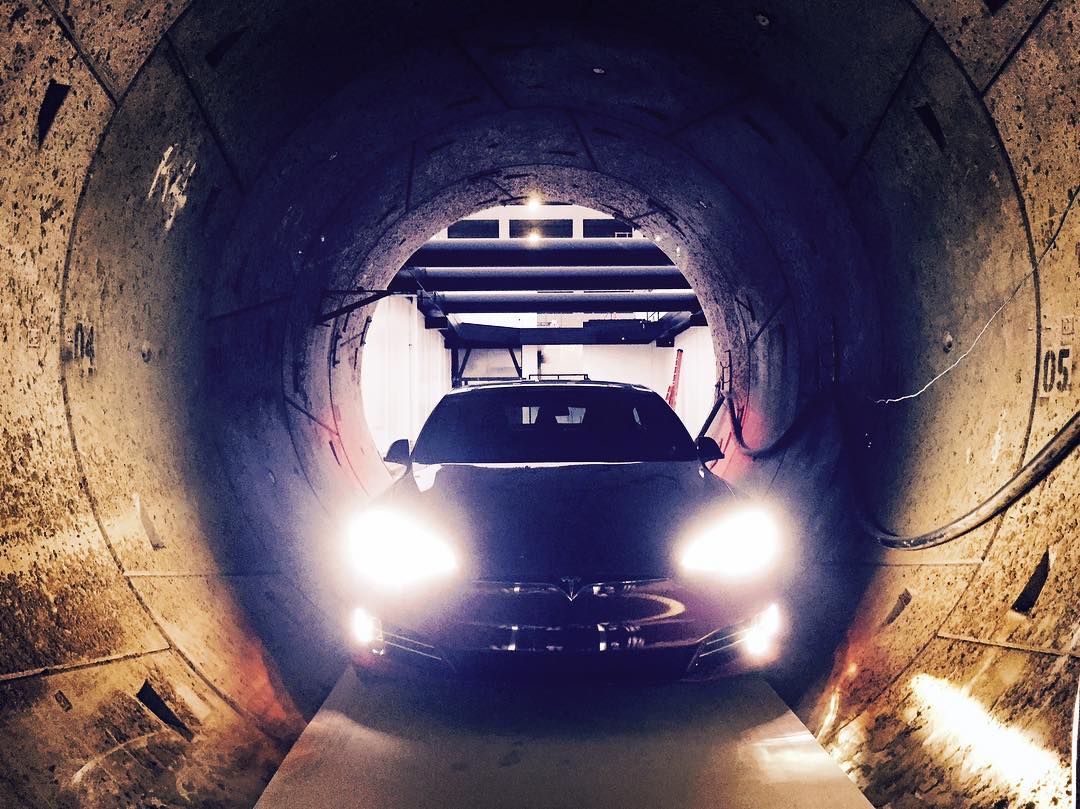 Elon Musk’s The Boring company has filed a permit with Los Angeles to extend its tunnel project within city limits. A spokesperson for the Bureau of Engineering, Mary Nemick, confirmed the filing made by Musk’s tunnel digging venture though no further details were provided.

The Tesla and SpaceX CEO previously revealed plans to build an underground tunnel beginning near LAX airport and continue along the westside of Los Angeles, into the San Fernando valley. “First route will go roughly parallel to the 405 from LAX to 101, with on/offramps every mile or so. It will work like a fast freeway, where electric skates carrying vehicles and people on pods on the main artery travel at up to 150mph, and the skates switch to side tunnels to exit and enter.” said Musk.

Los Angeles Mayor Eric Garcetti, who’s historically been a big proponent of Musk and his projects, took to Twitter on Wednesday to welcome The Boring Company’s forward-thinking vision for the city’s transportation system. “Los Angeles has always been a place where innovators come to build new ideas that can change how we live our lives,” said Garcetti. “We look forward to continuing our conversations about this new transportation technology, and exploring the ways that it can help us build a better future for our city.”

If approved, the newly filed permit will allow Boring Co. to dig beyond the existing 2-mile test tunnel that’s currently being constructed beneath 120th street near SpaceX’s headquarters in Hawthorne, CA.

Hawthorne Mayor Alex Vargas said in August, after The Boring Company won city council approval for its tunneling project, “The city of Hawthorne is excited to see the rapid progress at which the tunnel is being completed, we are looking forward to seeing Elon Musk begin testing his system and making subterranean travel a reality here in our city.” 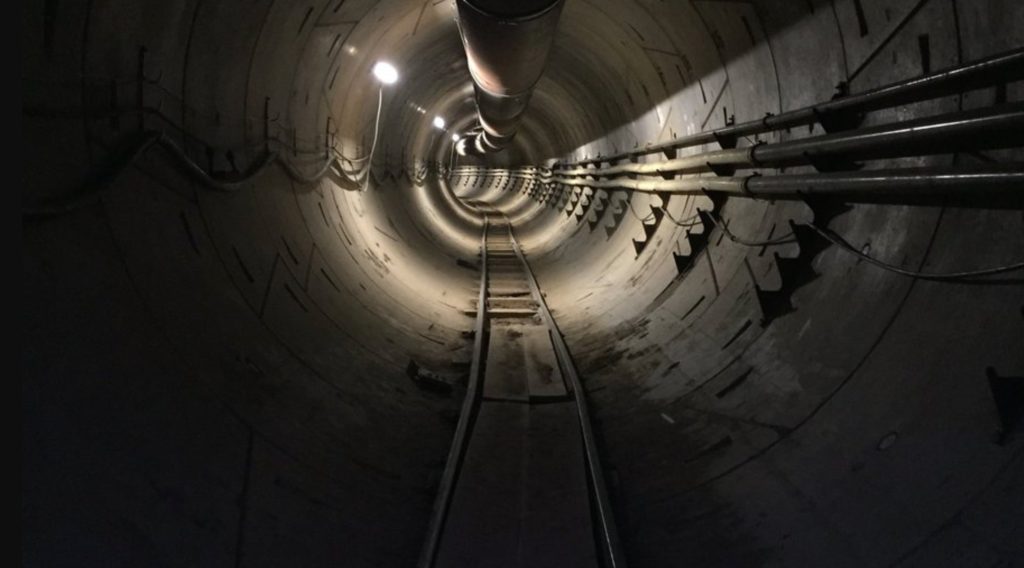 The company has been testing a prototype of an electric skate that will be used to transport vehicles at high speeds within a 13.5 foot diameter tunnel that’s located 44 feet below ground. According to documents submitted to the city council, “The test tunnel project would involve SpaceX engineers repeatedly testing personal vehicle types suitable for placement on the skates; refinement of the design and technology; and general data collection on performance, durability, and application,”

As The Boring Company awaits approval to extend its tunneling project into the westside of Los Angeles, Musk and team will continue to iterate on streamlining the process for tunnel building. Unlike traditional underground tunnels for passenger vehicles, Boring Co.’s tunnels will be smaller and able to maintain a vacuum in order to support Hyperloop transportation. Reducing the tunnel diameter by 50% will also reduce the cross sectional area of the tunnel by a factor of four. Musk noted in his speech at TED2017 that having a smaller tunnel just large enough for a vehicle will cut 75% of the time associated with digging, thereby introducing a significant cost savings. The Boring Company’s tunnel boring machine will also look to install tunnel walls continuously while it digs, thus eliminating the need to pause operations and speeding up the process entirely.

In addition to its project in California, the company received approval by Maryland officials to dig a 10.1-mile tunnel that aims to connect Baltimore with Washington, DC. Maryland Governor Larry Hogan said in a Facebook post on October 19, “Incredibly excited to announce our administration’s support for The Boring Company to bring rapid electric transportation technology to Maryland, connecting Baltimore City and Washington D.C.”