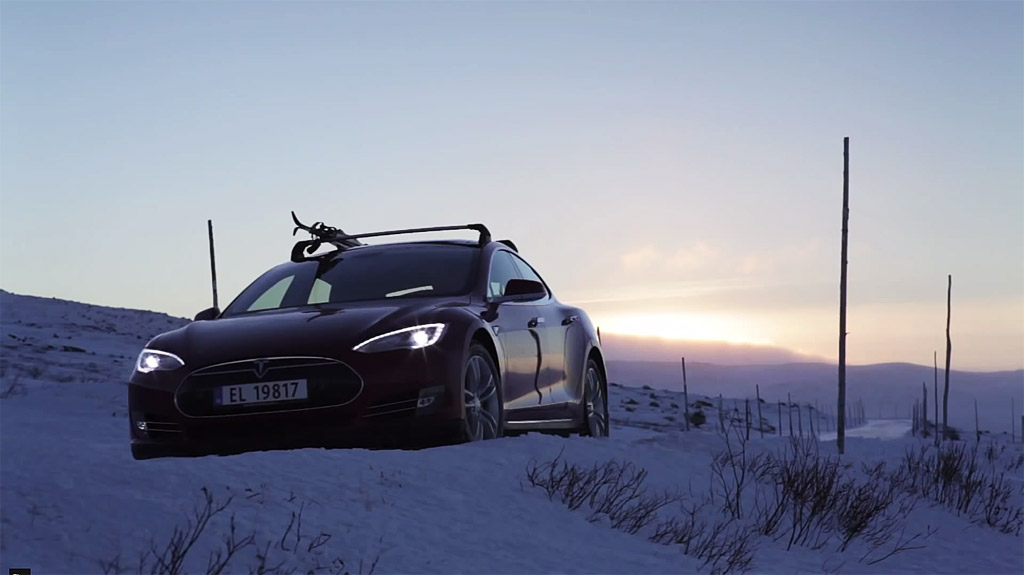 The last firmware update for the Model S introduced the “energy-saving mode” which was said to reduce parasitic battery loss by as much as 50% over the previous release, but how does this hold up in the harsh winters of Norway? Bjørn Nyland, famed for his Model S winter driving videos, performs the ultimate vampire drain test in his latest video by leaving the vehicle unplugged for 27 straight days in sub-zero temperatures. The results may just surprise you.

Before heading out on a nearly month long vacation to Thailand (must be nice!), Bjørn had left his car at the airport with a 90% charge capacity.  Upon returning to his Model S, 27 days later, Bjørn notes that the car had declined to approximately 70% in capacity which represents a drain of less than 1% per day – a huge improvement over previous firmwares.

After seeing these results, Bjørn goes on to say:

“Now you know that you can leave your car unplugged for a month or two and it’s still fine.”

And now we all know.  Thanks Bjørn!