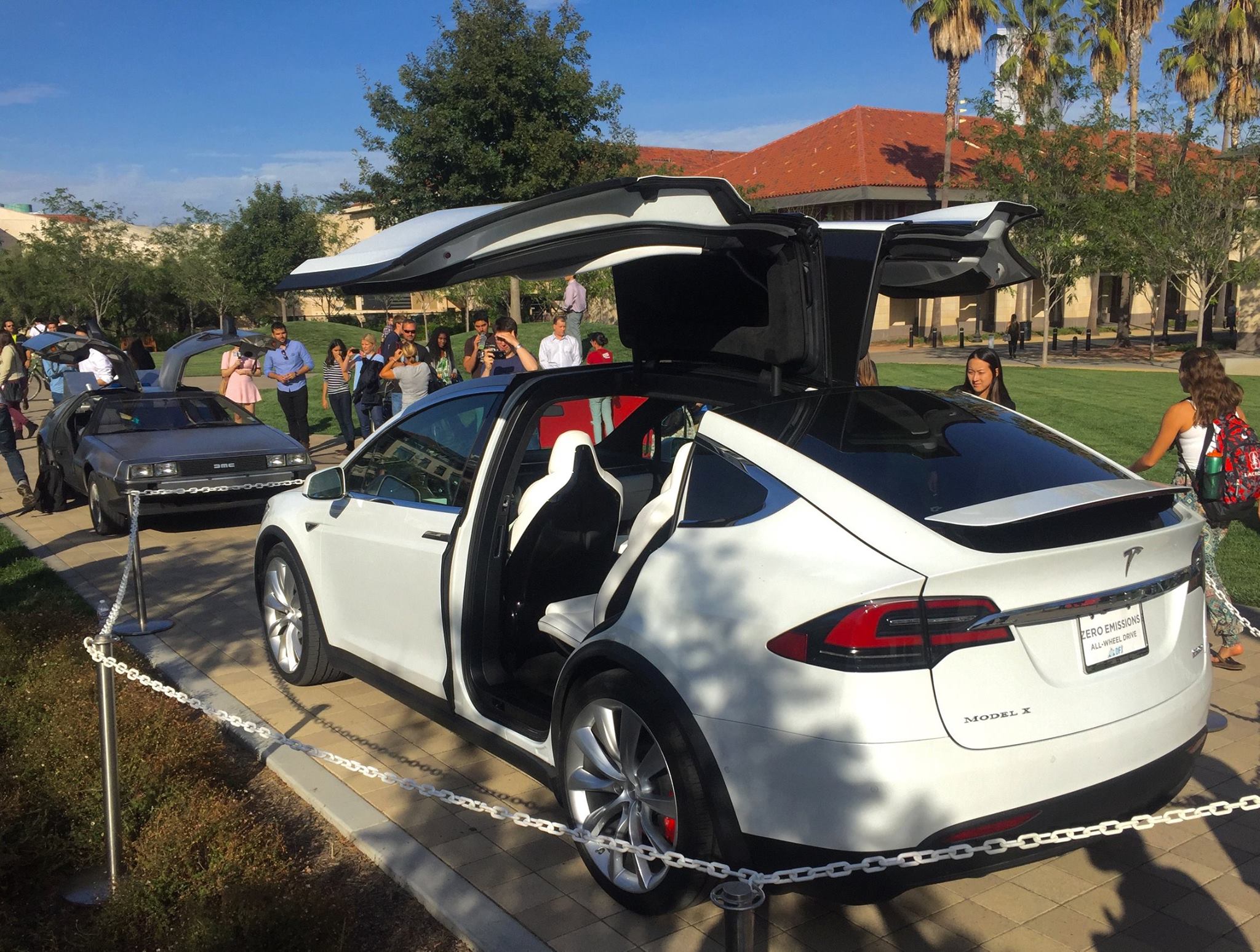 Bjørn Nyland of Norway has won the Tesla Model S referral contest. He wins a Founder Series Model X, a Tesla PowerWall and tickets to the GigaFactory party.

Having been the first to refer 10 Model S sales, Bjørn will receive a fully loaded Founder Series Model X, a model not available to the public, a fully installed Tesla Powerwall, and two tickets to attend the official Gigafactory grand opening party in Reno, Nevada.

Tesla’s referral program has been seen as a strategy to drive word-of-mouth sales while sidestepping traditional advertising and dealer networks. Anyone who ordered a Model S by Oct. 31 using a referral link of a current owner would receive a $1,000 discount off the price of the car. The current owner was incentivized by also receiving an additional $1,000 credit from the car maker towards the purchase of Tesla parts, accessories, and service center visits.

It's now official. Thanks to all my fans, @TeslaMotors and @elonmusk! pic.twitter.com/PXnCFuHXjX

Bjørn is best known for his YouTube videos which often depicts his driving adventures in an early 2013 Tesla Model S across much of Norway and Europe. With countless Tesla related videos under his belt, dealing with everything from how to drive a Tesla in the winter to setting the (previously held) record of driving 452.8 miles in a P85D on a single charge, he’s been an influential figure for Tesla fans and alike looking to venture into the world of electric car ownership. Reddit user Perkelton says, “Bjørn’s videos were literally my main source of information when I started looking into getting a Model S. I knew very little about Tesla or even owning an EV at all before that, but his videos helped me tremendously.”

Another poster by the alias Muzzman1 adds, “Your informational vids were what kept me sane almost 2 yrs ago when I was waiting for my MS delivery. I can’t think of no one that deserves the gift more than @Bjorn! Congrats!!”

If history is to repeat itself, rest assured that Bjørn will be posting plenty of videos around the Founder Series Model X once it makes its way home to Norway.