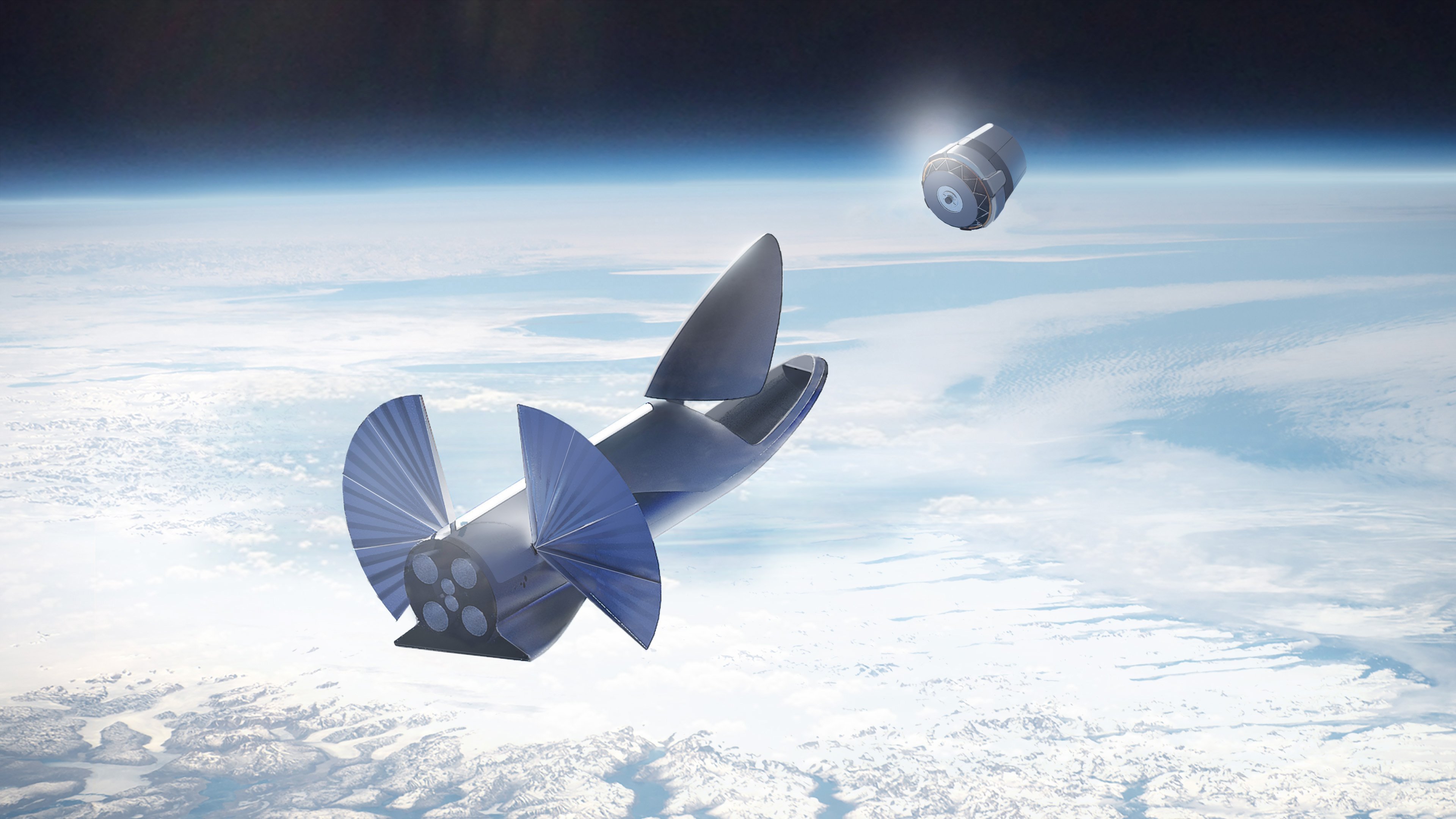 US Air Force issues RFP for massive rockets, SpaceX’s BFR could be one of them

The US Air Force has released a Request For Proposal (RFP) that hopes to fund the development of multiple heavy-lift rocket prototypes to launch no later than 2021. The USAF specified on October 5 that it wants to partially fund prototype development for at least three promising US-sourced launch vehicles, while maintaining the options to select none of the proposals or even more than three. The purpose of these broad strokes is to provide the Air Force and US military in general redundant access to space by way of “at least two domestic…launch service providers” capable of meeting National Security Space (NSS) requirements.

However unlikely it may seem, NASA experienced this firsthand when two of the vehicles it funded, SpaceX’s Falcon 9 and Orbital-ATK’s Antares, experienced complete failures within less than a year of each other. Both vehicle failures destroyed supplies intended for the International Space Station and forced NASA to rely on Soyuz missions to fill the gaps created while producing considerable uncertainty for the agency. By funding two or more independent launch vehicles, the Air Force would lessen the impact of such failures, and this assured access is rightly perceived as an invaluable commodity in the military. 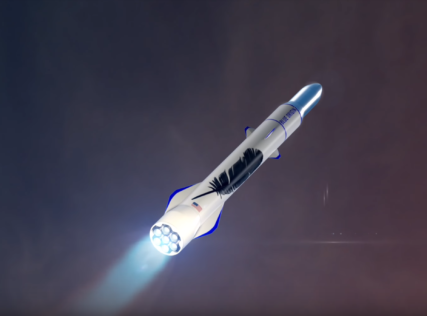 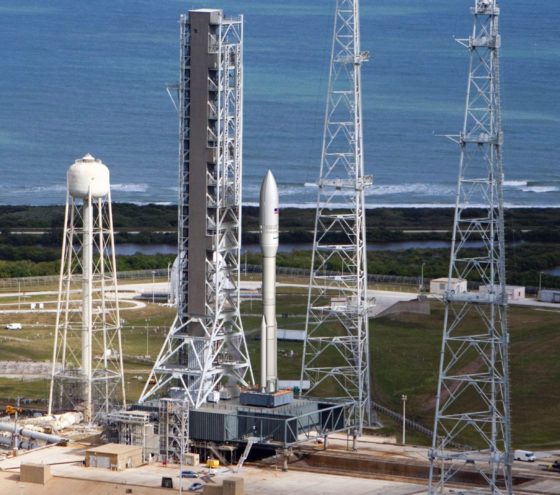 The only current render of OATK’s Next Generation Launcher. (OATK)

Several details in the latest proposal make it relatively easy to name the obvious prospective applicants. The payload requirements necessitate heavy lift or even super-heavy lift launch vehicles capable of placing anywhere from 5,000 to 37,500 pounds into a variety of Earth orbits, ranging from low Earth orbit (~500 mi) to direct transfer geostationary orbits (~19,200 mi). This narrows the field considerably, pushing out all smaller-scale vehicles. Also telling is a requirement that proposed launch vehicles make use of rocket propulsion systems (RPS) already funded for development by the USAF if at all possible.

Considering the inherently complex and difficult process of developing massive rockets, initial launch dates no later than 2021 (or 2024) likely mean that the vehicles being considered must already be under some level of serious development. This leaves us with four possible options in the US, undoubtedly not a coincidence given the RFP’s explicit goal of facilitating the creation of “at least three…prototypes as early as possible” and “at least two domestic…launch service providers”. These four vehicles are SpaceX’s BFR, Blue Origin’s New Glenn, ULA’s Vulcan, and Orbital-ATK’s NGL, all of which already have tentative inaugural launch dates clustered from 2019 to 2022. Perhaps even more revealing, all four vehicles can be expected to utilize several rocket propulsion systems (rocket engines) already funded by the Air Force, namely SpaceX’s Raptor, Blue Origin’s BE-4 and BE-3U, and Aerojet-Rocketdyne’s AR-1.

While the development of BE-4 and AR-1 have been somewhat veiled, SpaceX’s Raptor engine has publicly made a great deal of progress. As discussed during Elon Musk’s IAC 2017 presentation, the company has conducted an array of successful tests with its subscale Raptor program, to the tune of 42 individual hot-fire tests totaling more than 1,200 seconds. Musk also reported that the only thing preventing tests longer than 100 seconds was the size of the propellant tanks at the test stand, a genuinely impressive accomplishment if true. The sticking point, however, is how much difficulty SpaceX will have as they transfer to full-scale Raptor testing. The subscale Raptors being tested have a reported thrust of 1,000 kN, whereas the new full-scale thrust targets for BFR have settled on 1,700-1,900 kN, considerably smaller than the 3,000 kN figure from 2016 but still nearly a factor of two larger than the test articles SpaceX has had success with. In fact, educated speculation from SpaceX fans suggest that the operational Raptor as shown in 2017 may only need to be about 15% larger than the current test article(s). The pressure the full-size engine operates at will be considerably higher, so SpaceX’s work is not done by any means, but the company’s next-gen rocket propulsion system is arguably far closer to completion than any of its competitors’ offerings. 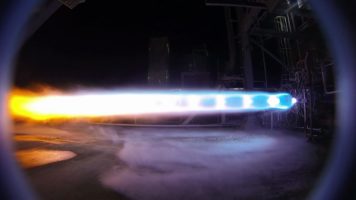 A subscale version of BE-4 testing staged combustion and nozzle technology. (Blue Origin) 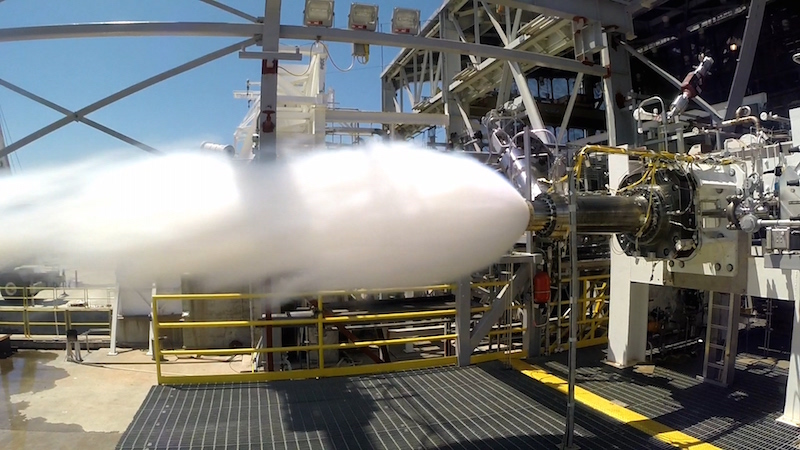 As far as we are publicly aware, SpaceX’s subscale Raptor testing has yet to result in a major failure and has largely been a great success. Blue Origin’s BE-4 is known to have experienced at least one critical failure during hot-fire testing, while AR-1 has not yet begun full engine tests but is well into concrete hardware testing. Blue Origin’ s BE-4 engine and its New Glenn rocket are currently expected to fly for the first time before 2020, with AR’s NGL tentatively planning for a 2021 inaugural flight, assuming the company chooses to continue pursuing its development.

SpaceX has not yet specified when BFR or BFS will first take flight. Raptor is likely to begin full-scale testing relatively soon, and Musk revealed that SpaceX was aiming to begin construction of the first BFR as early as Q2 of 2018. It’s quickly starting to look like the U.S. is about to enter a sort of modern commercial space race and regardless of the outcome, the next several months and years are bound to be tense and exciting for SpaceX, Blue Origin, and the established incumbents as they battle for both public and private contracts.

US Air Force issues RFP for massive rockets, SpaceX’s BFR could be one of them