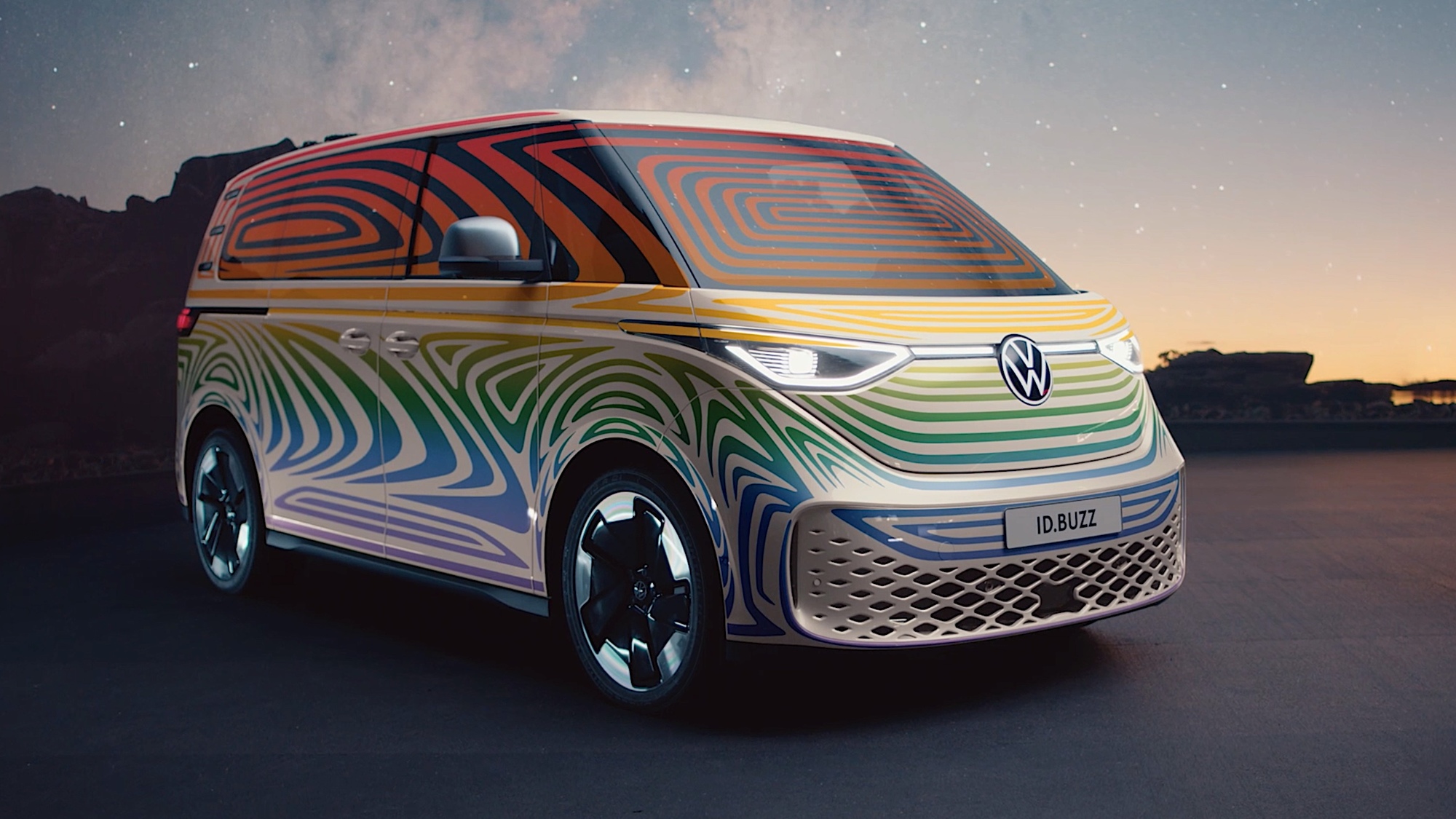 Volkswagen will launch EV Bus under ID. platform on March 9

German automaker Volkswagen will launch an all-electric take on its infamous microbus from the 1950s on March 9. The all-electric Volkswagen ID.BUZZ will be the latest edition to the automaker’s expanding fleet of electric cars.

Volkswagen Auto Group CEO Herbert Diess Tweeted earlier today that “The Legend returns on 03/09/22!” The graphic then showed an outline of the all-electric VW ID.BUZZ and will be officially unveiled in about two months.

“We want to make Volkswagen the most desirable brand for sustainable mobility. The ID.BUZZ embodies this like hardly any other model,” VW brand CEO Ralf Brandstätter said.

The ID.BUZZ will, of course, fall under Volkswagen’s MEB platform that has powered vehicles like the ID.3 and ID.4, which have been widely popular in the European region.

Details regarding the vehicle are relatively scarce; Volkswagen didn’t offer an official press release or any media attention other than the listed Tweets to give direction to the vehicle’s imminent unveiling. We do know that the vehicle will be released in the United States in 2023. Pricing options are not currently available, and there are no indications of how many trims or configurations Volkswagen plans to offer. However, writers at automotive publication Car and Driver believe the van could start at around $40,000.

Volkswagen has made a valiant effort through the past few years to expand its lineup of all-electric vehicles. Instead of pushing EVs out on a non-dedicated platform, as it did with the VW e-Golf, Volkswagen began developing the ID. platform several years ago. It had its kinks early on, but VW boss Diess has stressed the importance of software in the coming age, along with the crucial nature of an accelerated push to electrification. It has not won Diess many fans involved with German unions, but it has helped the automaker remain relevant as Tesla leads the industry, and other legacy companies, like Ford, continue to advance their platforms and product lines to be more competitive.

Teslarati will be covering the unveiling event on March 9, so be sure to come back and check out any additional details, so you’re caught up on the latest developments of the ID.BUZZ from Volkswagen.

Volkswagen will launch EV Bus under ID. platform on March 9