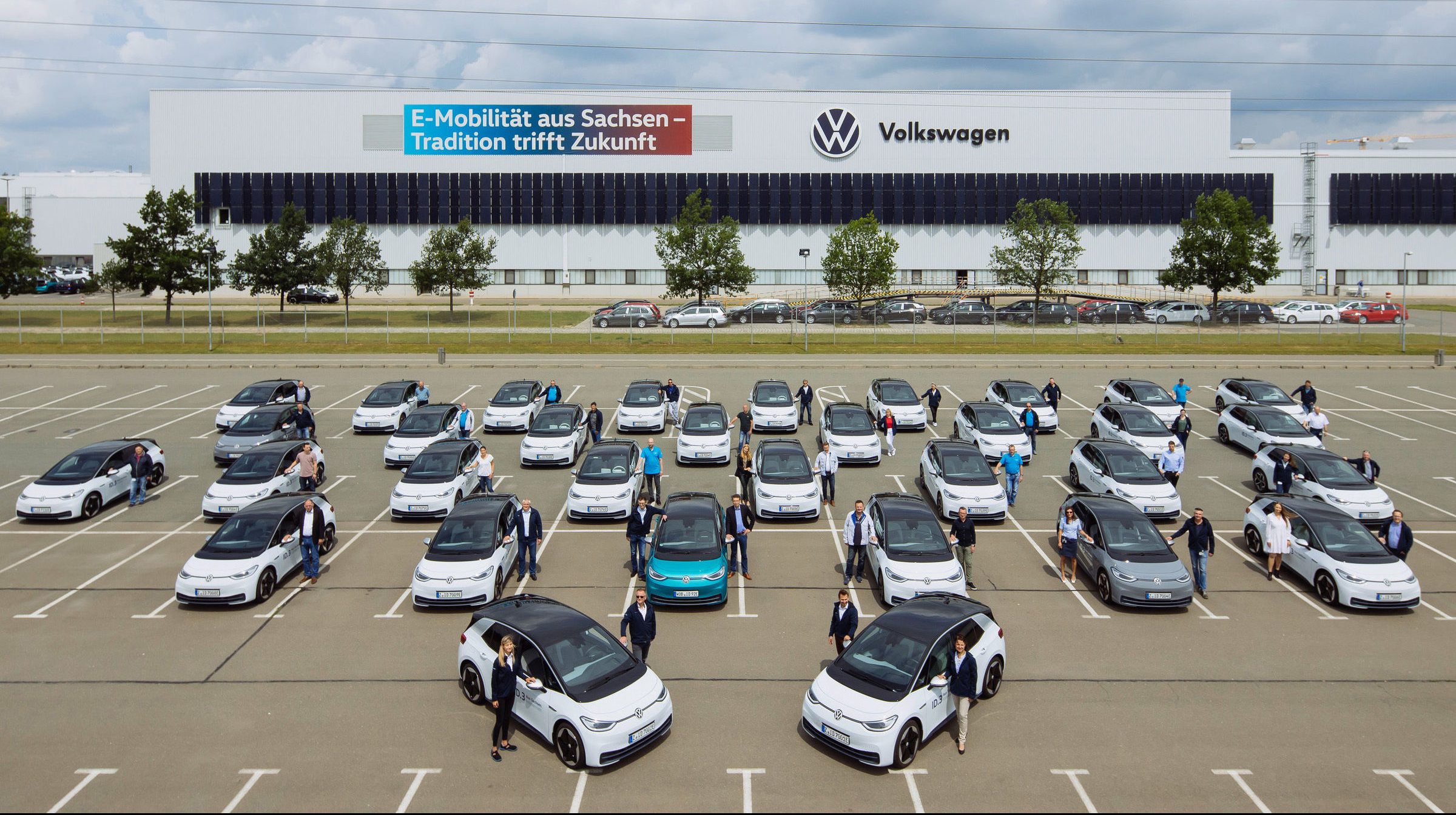 Volkswagen has given 150 of its employees at three company plants in Saxony, Germany, a new ID.3 electric vehicle. The company identifies the rollout of the vehicles as a “stress test for everyday suitability,” as the German automaker begins its push toward a fully-electric fleet of transportation.

In a company press release from June 22, Volkswagen announced its intentions to begin testing the ID.3’s ability to function as a daily driver before it starts rolling out the electric vehicle for deliveries in September. The cars will collect anonymized data that Volkswagen will analyze to determine the driving behavior of the ID.3, ensuring its safety before it hits an owner’s garage later this year.

“The comprehensive driving profiles in the run-up to the European market launch of the ID.3 are extremely valuable to us and open up further potential for optimization”, Volkswagen’s E-mobility Board Member Thomas Ulbrich said. “Added to this is the very personal feedback from our employees. That means our team in Zwickau is not only building the ID.3 to the highest quality standards, it is also actively assisting in the further development of the technology and electric cars.”

The 150 employees were chosen at random, and all work at the company’s Zwickau, Chemnitz, and Dresden plants, which are located throughout Germany.

The ID.3 has been Volkswagen’s attempt to break further into the mass-market EV sector in Europe. The German automaker has experienced a longstanding success with its e-Golf, an electric version of one of the company’s most popular hatchbacks. However, the ID.3 is Volkswagen’s first attempt at manufacturing a vehicle with its Modular Electric Propulsion (MEB) platform.

With the new software infrastructure, Volkswagen has encountered its fair share of issues with the ID.3. Volkswagen insiders have noted that the software issues are a “complete disaster,” and CEO Herbert Diess also said that the company would have to backpedal with some features to avoid a delay in initial deliveries.

The ID.3 models given to company employees will not contain the software that will be used in the vehicles that are delivered to customers in September. However, the test vehicles will receive regular updates during the time that the employees are driving them.

Volkswagen said it would deliver 30,000 models of the 1st Edition of the ID.3 in European countries in September. Eventually, the company plans “to offer electric vehicles in all of the main vehicle segments by 2022” and wants to overtake Tesla as the leader in e-mobility through the coming years.

The company has invested €33 billion ($37.1 billion) into its efforts to establish a fully-electric fleet. By 2025, Volkswagen expects to produce 1.5 million electric cars and plans to reach “full decarbonization of the fleet” by 2050.

The ID.3 could be one of the most popular electric vehicles in Europe if Volkswagen can iron out the issues with its software. The company is planning to assess the vehicle’s performance through the coming months before it begins the initial delivery process, and the soft-testing process with 150 ID.3 models will help determine the final modifications before then.