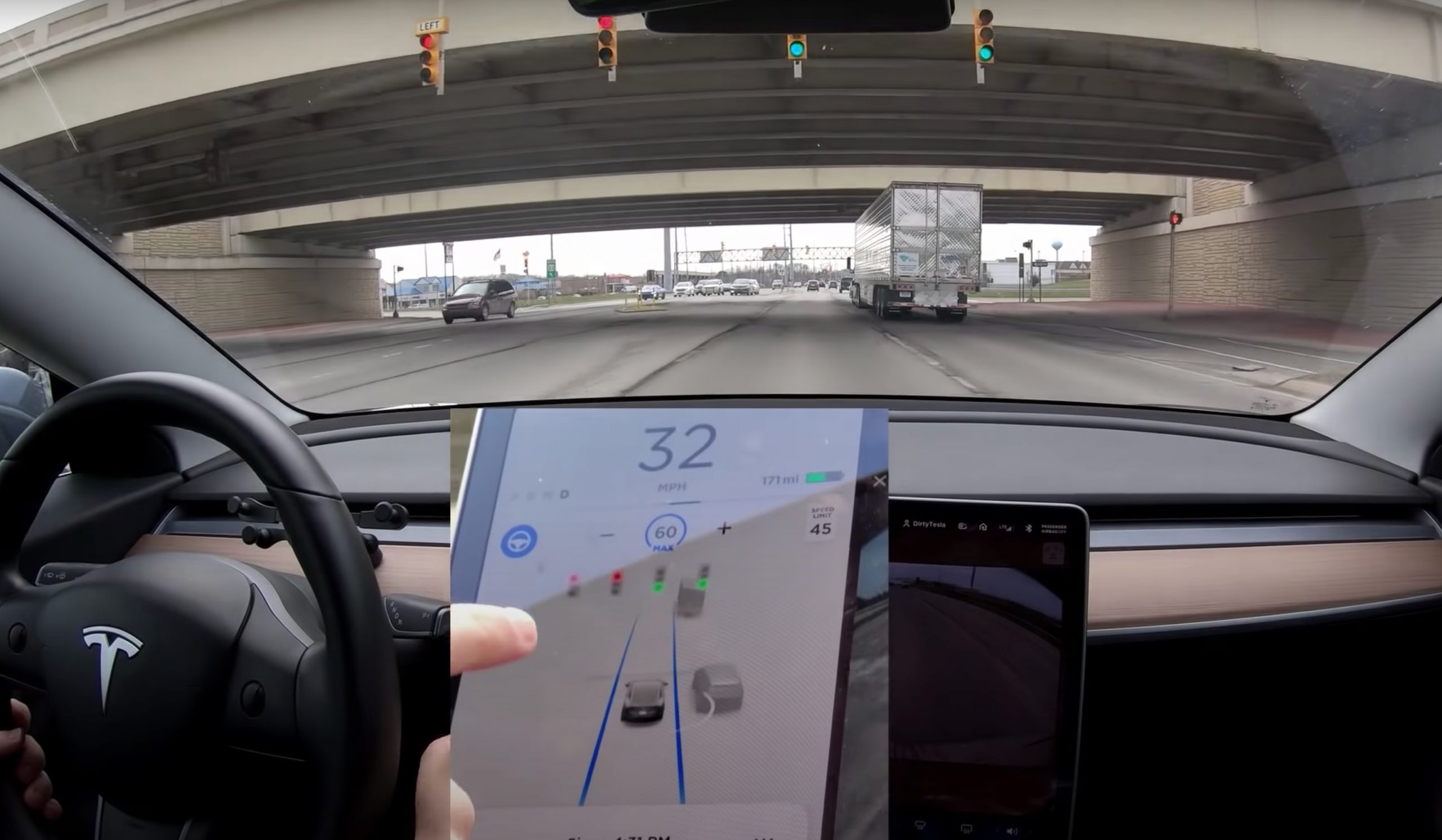 Following Teslarati’s report that Tesla has removed green light confirmation from its Traffic Light and Stop Sign Control feature (release notes), we now have a first look at the Autopilot characteristic in action.

A video shared by Tesla Model 3 owner mouser58907 shows his vehicle navigating through green lights without having to confirm that it is safe to travel through the intersection. The function needs to be trailing another vehicle not to need confirmation from the driver. Tesla is calling the feature “Go on Green.”

The initial rollout of the function required drivers to confirm navigation through green lights by either pressing the driver’s stalk or lightly pressing the accelerator pedal. Tesla noted that the confirmation process was a precaution as the capabilities of the new function would ease drivers into using the feature, while also testing its effectiveness.

The rollout of Software Update 2020.24.6 no longer requires drivers using FSD with Hardware 3 to confirm explicitly that the intersection is safe to travel through. The release notes for the feature describe the improvements Tesla has made since rolling out the first versions of Traffic Light and Stop Sign Control in April.

“The Traffic Light and Stop Sign Control feature no longer requires explicit driver confirmation of pushing down the gear selector to continue straight through an intersection for green lights when there is a lead vehicle ahead of you. The stop line in the driving visualization will now turn green to indicate the car will continue through an intersection.

Please continue to pay attention and be ready to take immediate action, including braking because this feature may not stop for all traffic controls. This feature will not attempt to turn through intersections but over this, as we continue to learn from the fleet, the feature will control more naturally.”

The feature is currently only available in U.S. markets, but CEO Elon Musk indicated earlier this year that international rollouts would begin in Q3. Autopilot and Self-Driving functions are usually released in International markets later than the U.S. because driving laws vary from country to country. Musk explicitly stated that getting the software right was a priority. “Very important to make sure this is done right,” the Tesla CEO said.

Tesla is moving closer to a “feature-complete” Full Self-Driving rollout with the removal of driver confirmation when the Traffic Light and Stop Sign Control characteristic is being used. Currently, Tesla is only missing the “inner-city-driving” portion of the FSD suite, which will rely heavily on navigating through traffic lights and stop signs safely.