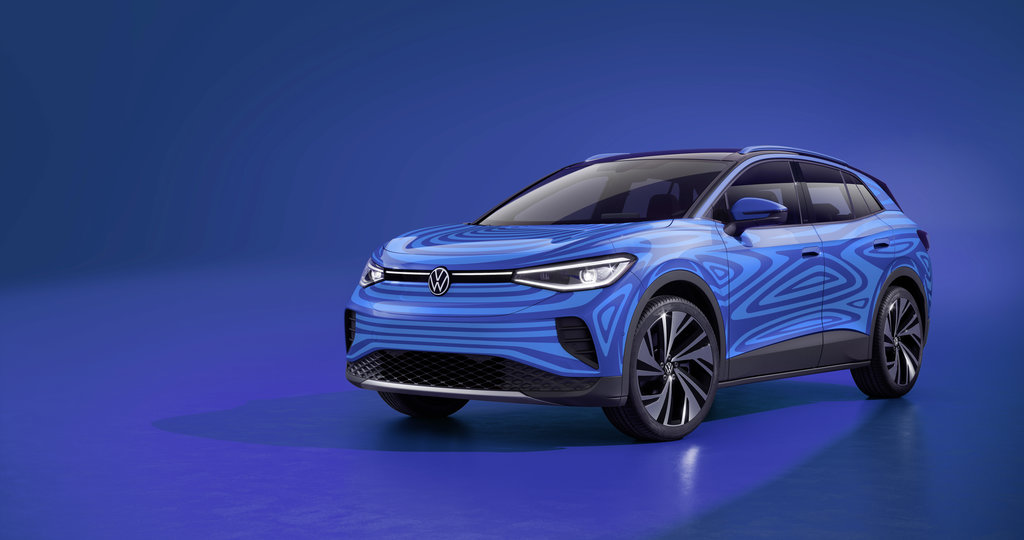 Volkswagen begins production of its answer to the Tesla Model Y

Volkswagen has announced that it has started series production of the ID.4, its first all-electric SUV that will compete with the Tesla Model Y. The vehicle, which is being built at the company’s Zwickau plant in Germany, is the second model based on Volkswagen’s modular electric drive matrix, or MEB, platform.

“With the ID.4, Volkswagen is adding an all-electric vehicle to its offering in the compact SUV class, the world’s largest growth segment”, CEO of the Volkswagen, Ralf Brandstätter, said. “Following the ID.3, this is already the second model based on the modular electric drive matrix (MEB).”

The German automaker is planning to build the ID.4 in Europe, China, and the United States, with purchasing options being made available to consumers in all markets. “That is how we are scaling the MEB platform globally and laying the economic foundations for the success of our ID. family,” Brandstätter added.

The ID.4 is Volkswagen’s response to the Tesla Model Y, which is the Silicon Valley-based automaker’s first compact SUV. The Model Y started deliveries in March 2020 and has contributed to Tesla’s continuing dominance in the EV sector. Volkswagen has wanted a piece of the pie, and their support for Tesla’s mission is evident. Now, their new fleet of ID. vehicles will attempt to compete with Tesla’s widely popular EVs.

Volkswagen announced in 2019 that it would begin transitioning to a fully-electric fleet of cars in an attempt to contribute to the reduction of pollution-emitting carbon through passenger transportation.

The ID.4 is the next step in Volkswagen’s transition to sustainable transportation. With 1.5 million electric cars expected to roll off of the German automaker’s production lines in 2025, the next five years will be spent focusing on improving and solving the puzzle that is building a functional electric car.

“We are right on schedule with the Volkswagen brand’s transformation process to e-mobility,” Thomas Ulbrich, a board member for the company’s E-Mobility division, said. “The ID.3 is now being followed by the ID.4. Given the major societal challenges of recent months, the successful start of ID.4 series production is an exceptional achievement, so my appreciation and thanks go especially to the Volkswagen team in Saxony and all members of the ID team.”

To accelerate the company’s push toward sustainability, Volkswagen’s German plants are being transitioned to provide efficient and cost-effective manufacturing processes of electric vehicles.

In late June, Volkswagen announced that its Zwickau plant had built its final internal combustion engine vehicle and would only produce EVs. Other plants, like Volkswagen’s Emden facility, is also in the process of being transitioned to make way for EV manufacturing.

Volkswagen is making a strong push toward the development of its fleet of electric cars. With the production of its second battery-powered vehicle underway, Volkswagen’s transition is moving along, and competition within the EV sector is growing, which is always a good thing.

Volkswagen’s press release on the production of the ID.4 is available here.

Volkswagen begins production of its answer to the Tesla Model Y