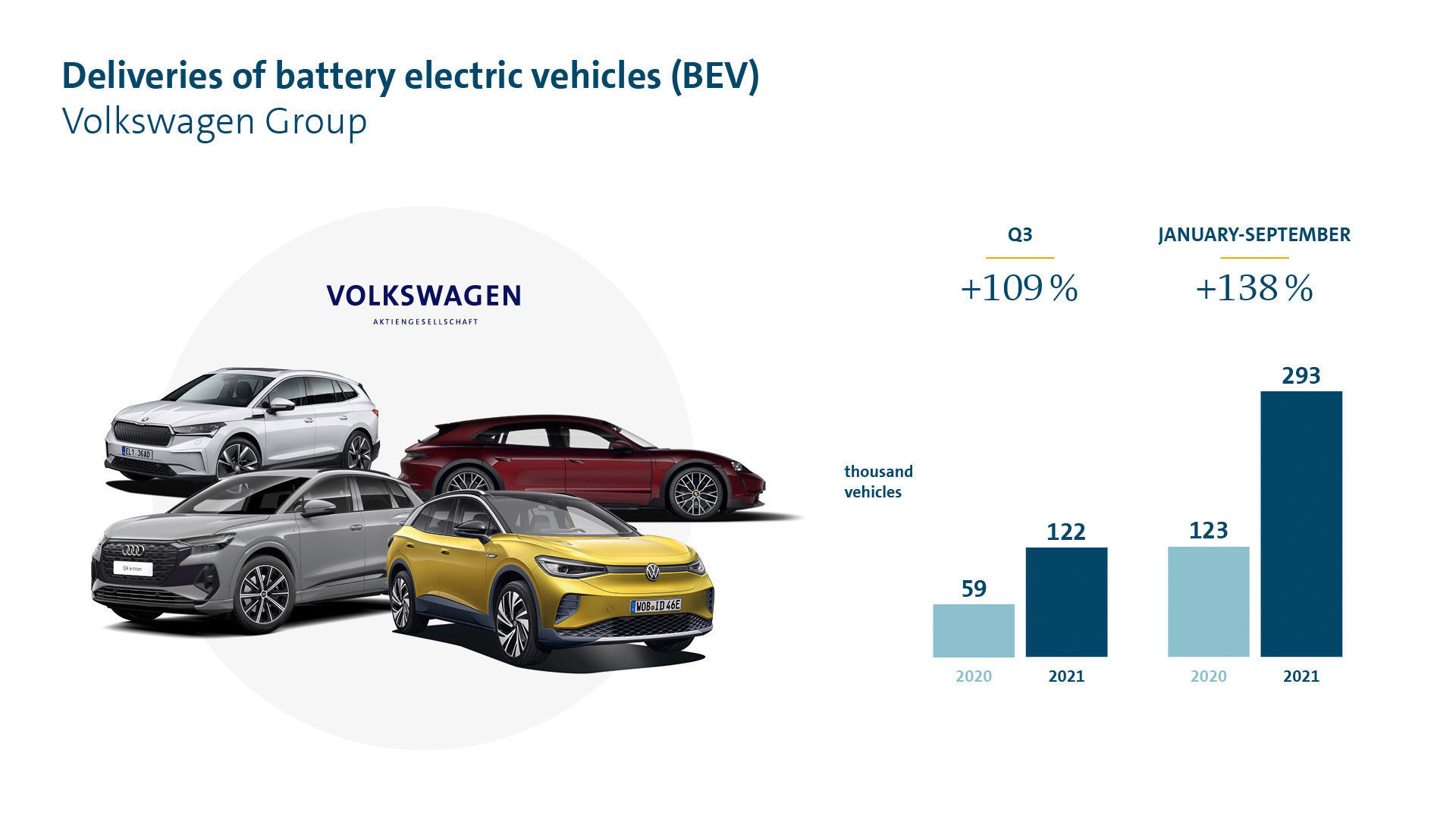 German car company Volkswagen announced that it had delivered 122,100 all-electric vehicles globally in the third quarter of 2021, doubling its tally from the same period a year before.

Volkswagen says that the Q3 2021 electric vehicle delivery total is a 109% increase from Q3 2020 when the automaker was just starting to find its stride with all-electric vehicles. In the first nine months of the year, Volkswagen says it has delivered 293,100 EVs, a considerable figure especially since EVs are not the company’s primary basis for automotive manufacturing. Volkswagen, alongside Ford, is one of the only companies globally that has made their intentions regarding electrification well-known. While many other legacy automakers talk about astronomical investments into EVs, many have not even begun to start developing future models that will supposedly be their main focus going into the next few decades.

Volkswagen, however, is serious about its efforts to transition into a fully electric company. “Our global electric offensive continues to run at full speed: we are clearly the number 1 for all-electric vehicles in Europe, and the number 2 in the USA,” Christian Dahlheim, Head of Group Sales for Volkswagen, said. “In China, we really took off in the third quarter, with deliveries of BEVs almost 60 percent higher than in the entire first half of the year. The strong demand for our global target for the year of one million electrified vehicles (BEVs+PHEVs) is definitely there.”

Europe was, by far, Volkswagen’s strongest market for deliveries, and has been for some time. The company delivered 81,700 of its 122,100 Q3 EVs to the European market. The performance in Q3 2021 outshined that of Q3 2020, as Volkswagen logged an 80.5% increase in sales compared to the same timeframe last year. China became the second-best market for VW with 28,900 deliveries and the biggest increase Quarter-over-Quarter. Last year, China had just 7,000 Volkswagen EV deliveries in Q3, marking a 315.2% increase from last year’s Q3.