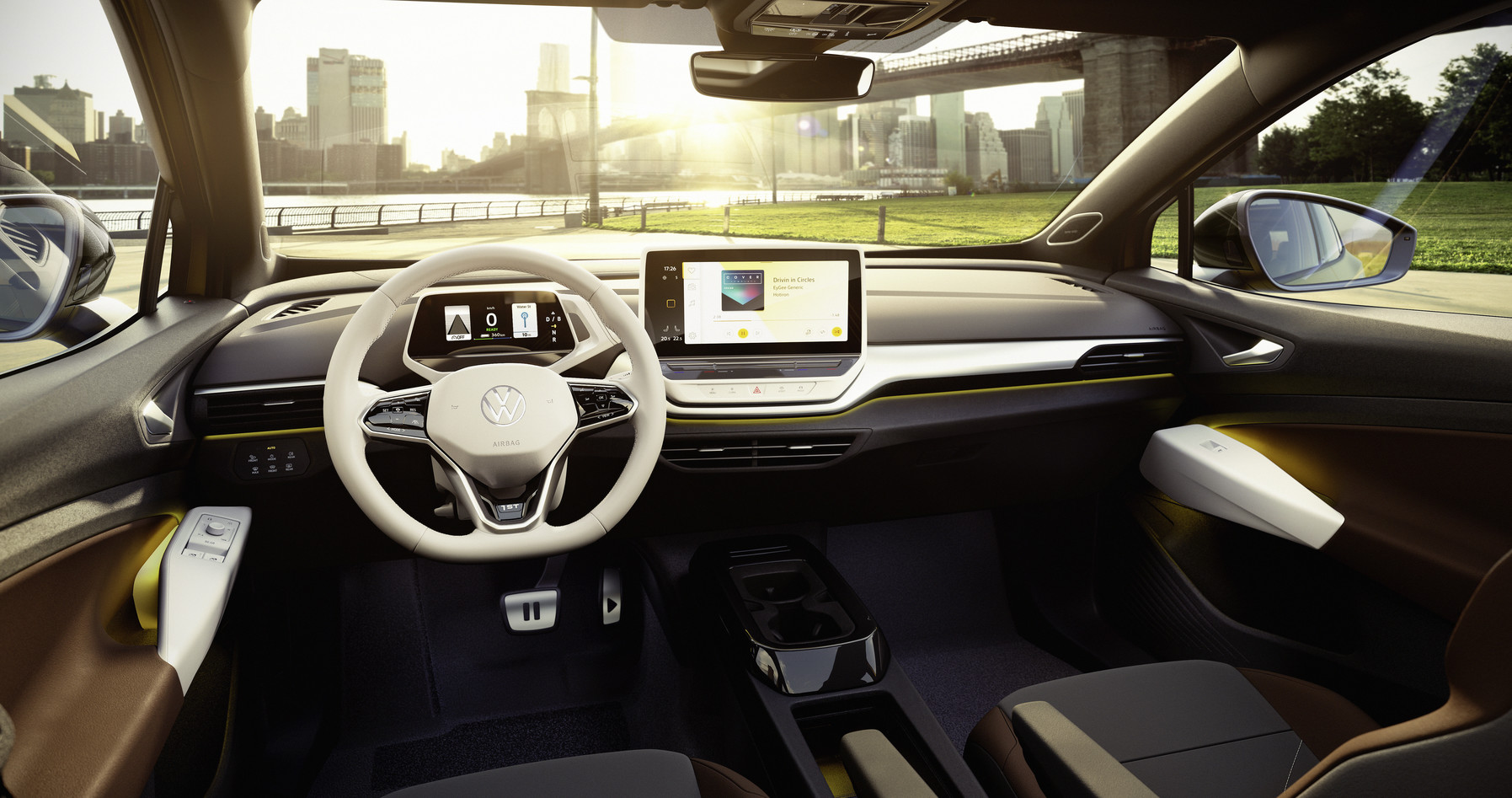 It is normal for automakers to throw shade over their competition every so often. Elon Musk does this himself, poking fun at the Audi e-tron’s name or the fact that competitors’ specs are still comparable to Tesla’s original Model S. Volkswagen’s China division has done the same thing, with the local branch of the German automaker targeting Tesla during the debut and delivery event of the ID.4 in the country.

VW China did not waste any time throwing some good old-fashioned shade towards Tesla, highlighting several points of criticism against the company in the ID. 4’s local debut. Volkswagen China mentioned Tesla’s inconsistent pricing, the Model 3 and Model Y’s lack of a front instrument cluster, uncomfortable seats, and unfriendly UI (among many) while promoting the ID.4.

Volkswagen followed this up with an aggressive push of the ID.4 in the local market, with some social media users posting images of Volkswagen booths being placed strategically in front of Tesla’s local stores. It’s a bold move and one which suggests that the German automaker is serious about its EV push in China. These efforts paid off to some degree, with VW China selling 1,267 ID.4 Crozz SUVs between January and May.

Being a veteran of the electric vehicle market, Tesla is familiar with how vocal electric car owners could be when it comes to issues about their EVs. This is something that is currently being experienced by Volkswagen’s China division, as a growing number of ID.4 owners are starting to share their experiences about the all-electric crossover’s software issues in social media.

One owner, who complained that he could not even turn on his ID. 4’s air conditioning feature because of its laggy software, ended up physically hitting the vehicle’s infotainment display out of frustration. The ID.4 owner shared a clip that was over 20 seconds long, and over the entire time, the vehicle’s software was just loading. Considering how dependent the vehicle’s features are on its infotainment system, the VW owner’s frustration was quite understandable.

This is not to say that Tesla’s software is perfect, of course. Several Tesla owners have mentioned that their vehicles’ PIN to Drive function usually results in a slow user experience, which is pretty annoying on its own. Teslas with older hardware also tend to have slower infotainment systems as the vehicle ages. This point makes the frustration of China’s ID.4 owners even more notable, however. After all, if a brand new vehicle already features laggy software, it would be hard to imagine just how slow the system would be a few years down the road.

It should be noted that Tesla and Volkswagen’s leadership have a pretty good relationship, with CEO Elon Musk and VW boss Herbert Diess having engaged in numerous friendly interactions in the past. Both executives have also defended the other against media criticism. Musk and Diess even took a short test drive of the Volkswagen ID.3, which involved the Tesla CEO flooring the vehicle in an attempt to get it to move faster while the VW boss explained that the all-electric hatchback was not a high-performance car.