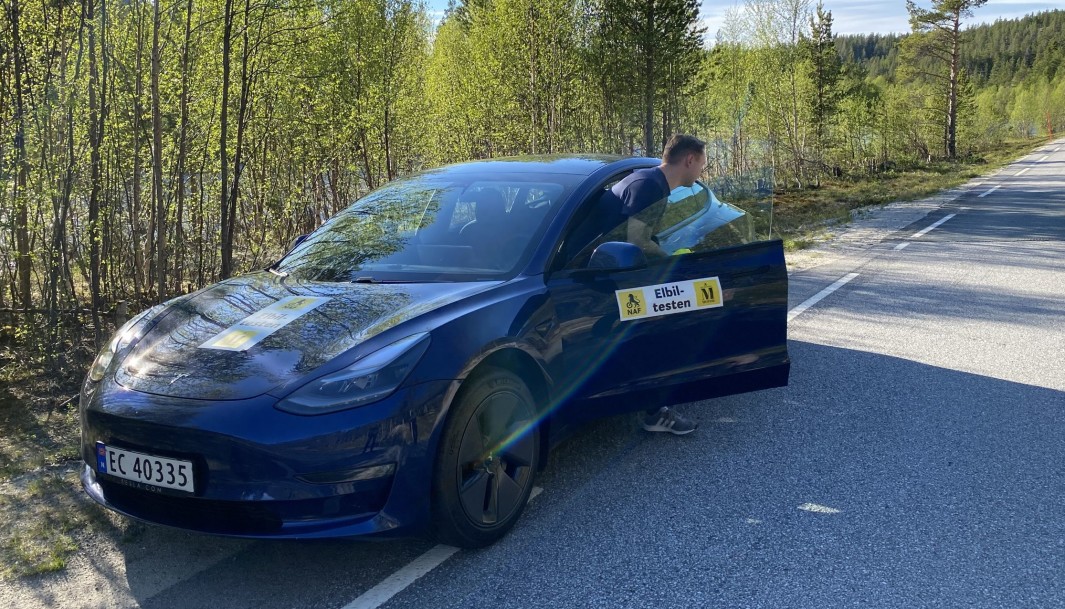 The Norwegian Automotive Federation (NAF) has published the results of its recent round of electric vehicle range tests. This time around, the NAF tested the endurance of 21 new EVs by driving them until their batteries were fully drained. Based on the results, it appears that the Tesla Model 3 is still king, though the Ford Mustang Mach-E is not far behind.

As noted by the NAF, its test was aimed at measuring the real-world range of electric cars based on how they are used in real-world conditions. Each vehicle started the test with a 100% charge, and every car started cold, with no preheating of either the cabin or batteries. The cars were then driven in eco mode (or equivalent), and regenerative braking was used as necessary. Ordinary drivers also operated the vehicles to simulate everyday use.

The route of the test took the 21 vehicles through city roads, country roads, and motorways at speeds of 60 km/h and 110 km/h (37 and 68 mph). Vehicles with the longest range were also taken through two mountain passes that involved a climb of up to 1,000 meters. The overall results, needless to say, were quite interesting.

The NAF used an updated Tesla Model 3 Long Range AWD, which had its WLTP range updated to 614 km (381 miles). The vehicle went the furthest among its peers, driving a full 654.9 km (406 miles) before running out of charge and stopping on the side of the road. The Ford Mustang Mach-E RWD Long Range was not far behind, driving 617.9 km (383 miles) before stopping. That was only 37 km (23 miles) shorter than the Tesla Model 3.

Inasmuch as this is impressive for the Mach-E Long Range, however, it should be noted that the all-electric crossover had a larger 88 kWh battery pack compared to the Model 3’s 75 kWh battery. The Mach-E also had an RWD configuration, which is generally more efficient than the Model 3’s dual motor setup. If one were to compare the Mustang Mach-E AWD Long Range with the Model 3 Long Range AWD, the gap between the two vehicles increases to well over 100 km (62 miles), with the Ford crossover driving 551.6 km (342 miles) before fully draining its battery.

Nevertheless, the Ford Mustang Mach-E deserves recognition for going the distance in the NAF’s extensive range test. This is especially notable considering that the vehicle is a crossover, and is thus larger than the Model 3. It does, if any, show that Ford’s first real attempt at a serious electric car has a lot of potential to be a successful vehicle on its own.

Check out the NAF’s full report on its ultimate EV range test here.