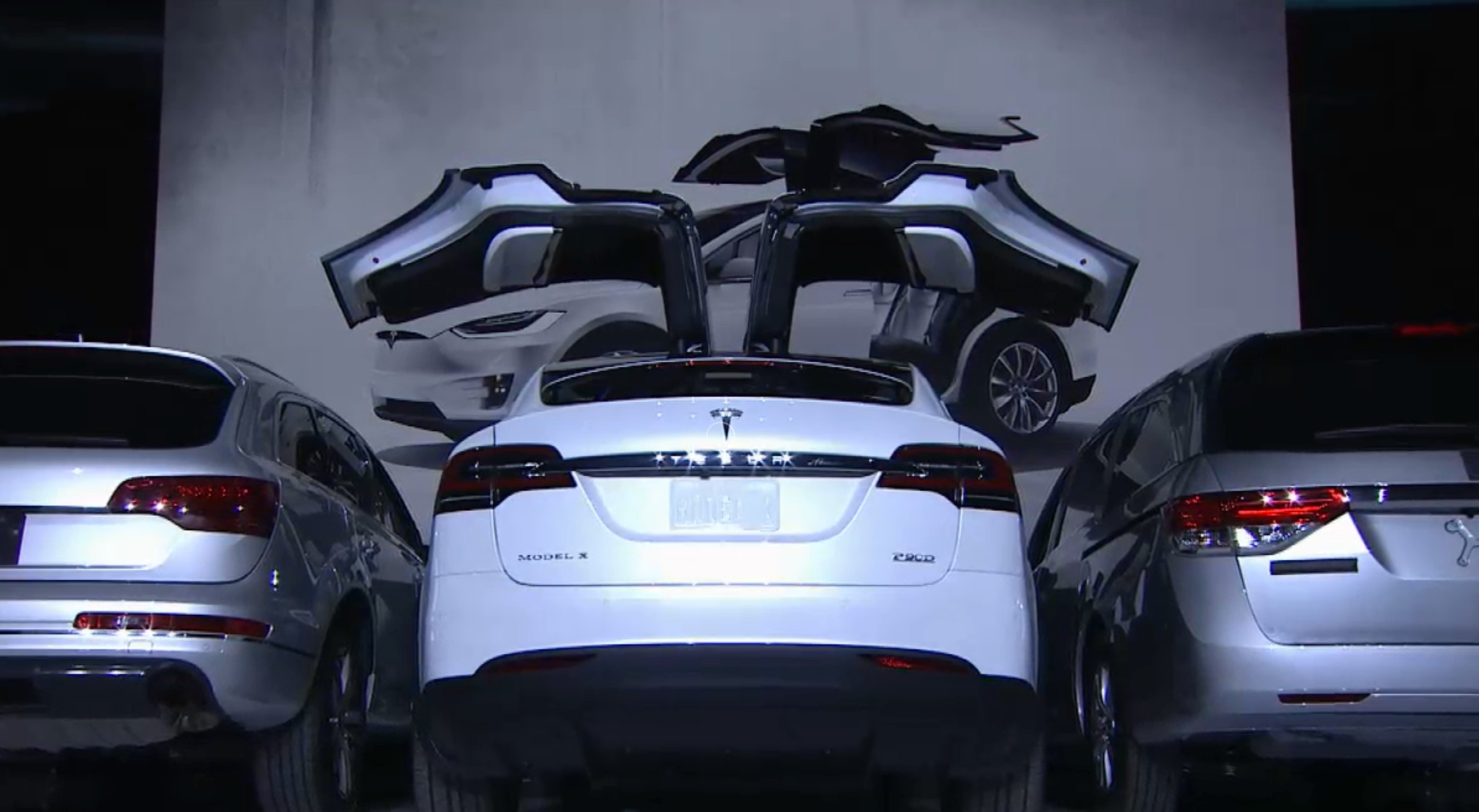 Elon Musk lifted the veil of secrecy Tuesday night as he demonstrated the workings of the Model X falcon wing doors when presented in common every day scenarios.

In front of a packed audience of thousands, Musk remotely summons the falcon wing doors to open while the vehicle is nestled tightly between two large SUVs. With barely enough room to squeeze through, the dual-hinged falcon wing doors slowly open, slightly outward, before taking a vertical ascent around and above the adjoining vehicles.

We were there front and center to see it all happen before our very own eyes.

Musk explains that unlike traditional gullwing doors that swing open in an outward motion, the Model X falcon wing doors are actuated on two hinges and equipped with a new type of ultra sonic sensor, capable of using sonar to see through metal.

The new sensors allows the Model X to detect distances between the vehicle’s roofline and neighboring obstacles. This allows the falcon wing doors to dynamically calculate an opening arc that allows it to open in even the tightest of spaces.