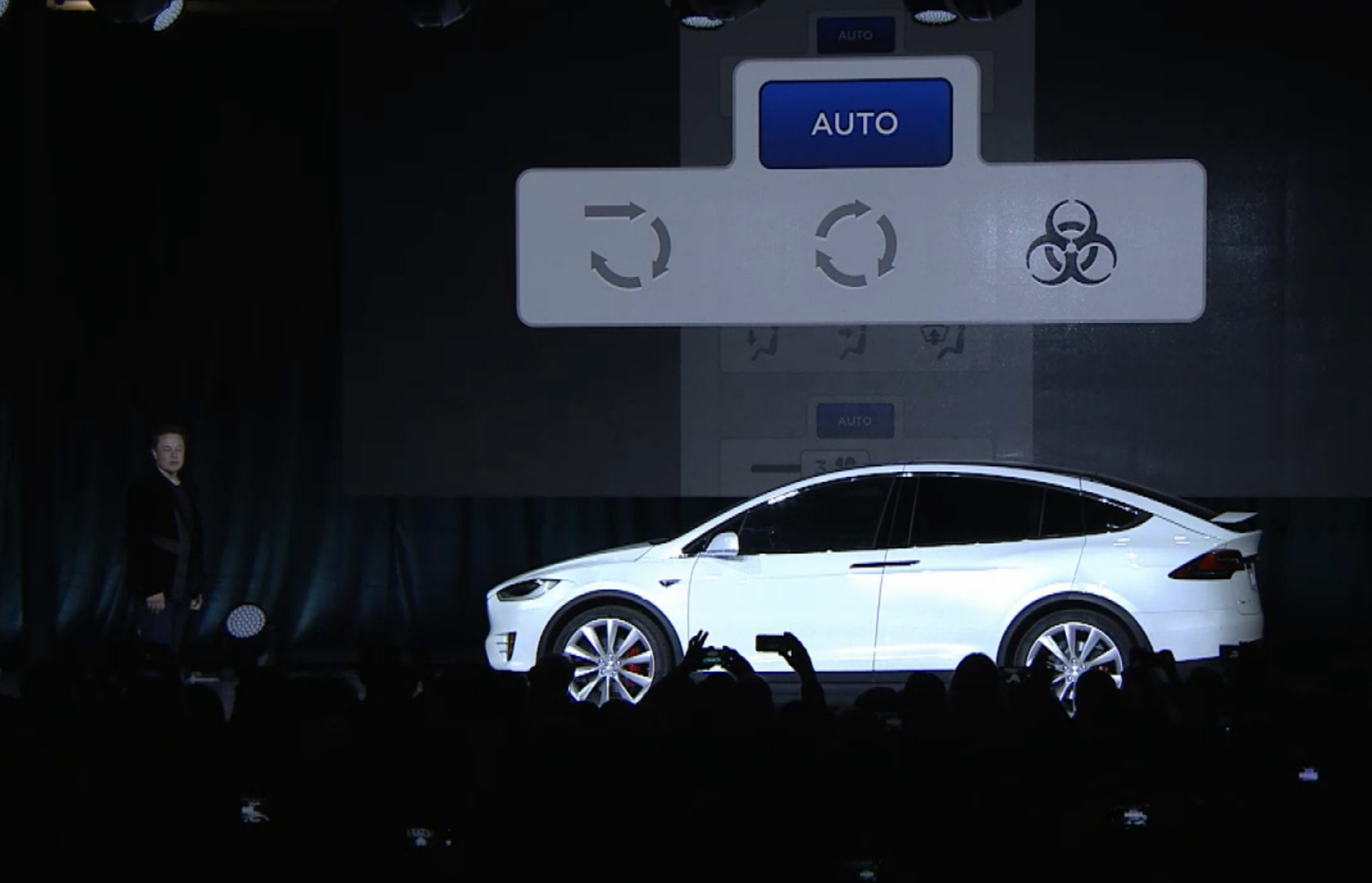 Elon Musk has just announced a Bio Weapon Defense Mode button in the all new Tesla Model X. The new feature is designed to provide hospital level air quality inside the Model X cabin. According to Elon, the filtration system is so great that Tesla could not detect and traces of bacteria or spores come through the system.

Jokingly, Elon goes on to say that Tesla tries to be a leader in apocalyptic defense scenarios.

The Model X will boast a true HEPA filter that Tesla claims to have a cross section 10x larger than a normal car filter.

The net result of the Model X Bio Weapon Defense Mode is a filtration system capable of filtering out particles on a near microscopic scale.

Elon goes on to explain that the filtration system will also consist of three layers of activated carbon capable of absorbing hydrocarbons, sulfur and ammonia.

GUYS, the #ModelX has a bioweapon defense mode button on the dash! Oh, Elon… You just get me. #LOVE #Tesla pic.twitter.com/Psaz2RW7Gx