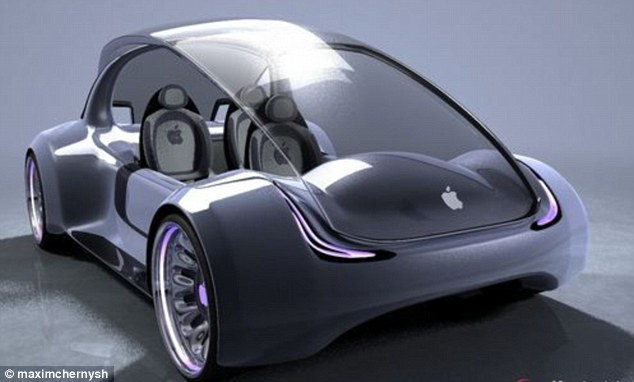 Apple is reportedly working with TSMC, a semiconductor manufacturing and design firm, to develop a semi-autonomous “Tesla-like” vehicle, a new report suggests.

Apple Insider reported on Wednesday that Apple’s “Project Titan” may be focused on developing technology that would facilitate the production of self-driving cars. Apple could be developing its own vehicle behind the scenes.

DigiTimes initially reported that TSMC and Apple are partnering up to work on self-driving chip technology. The report also claims that the two companies are working to produce “Apple Car” chips in the United States and are negotiating supply chain agreements to supply automotive electronics between the two companies. DigiTimes also stated that Apple’s proposed vehicle is similar to Tesla’s, but it didn’t elaborate on the similarities.

Apple and TSMC have been working together for a short period, only since June. Apple broke off a 15-year partnership with Intel earlier this year because TSMC was able to create 5-nanometer chips while Intel couldn’t, CNBC reported in November. TSMC has been building these chips for Apple since May, Apple Insider also reported. The chips are being used in the iPhone 12, iPad Air, 5G iPad Pro, and any future MacBook or iMac systems, according to ExtremeTech.com.

This is far from the first time that Apple has been rumored to be developing a self-driving car. Apple-focused analyst Ming-Chi Kuo previously forecasted that Apple would source semi-autonomous vehicle chips from TSMC. He also predicts that the “Apple Car” could make its way to the automotive market between 2023 and 2025.

Earlier this week, it was reported by multiple sources that Apple’s self-driving car team had been moved to operate under its Artificial Intelligence department. Apple is still mulling on whether it should launch its own vehicle or if it should launch an aftermarket compatibility kit that would work with third-party automobiles to make them self-driving capable.

If Apple does join the self-driving car push, it would add another company with a large consumer base and a credible background to the pool of entities looking to develop new technology. Whether it decides to do it or not, a decision should be made rather quickly because other companies are already developing operational self-driving vehicles, and Tesla is pulling away from competition in the sector with an already-released Full Self-Driving Beta that is proving to be increasingly effective in challenging scenarios.