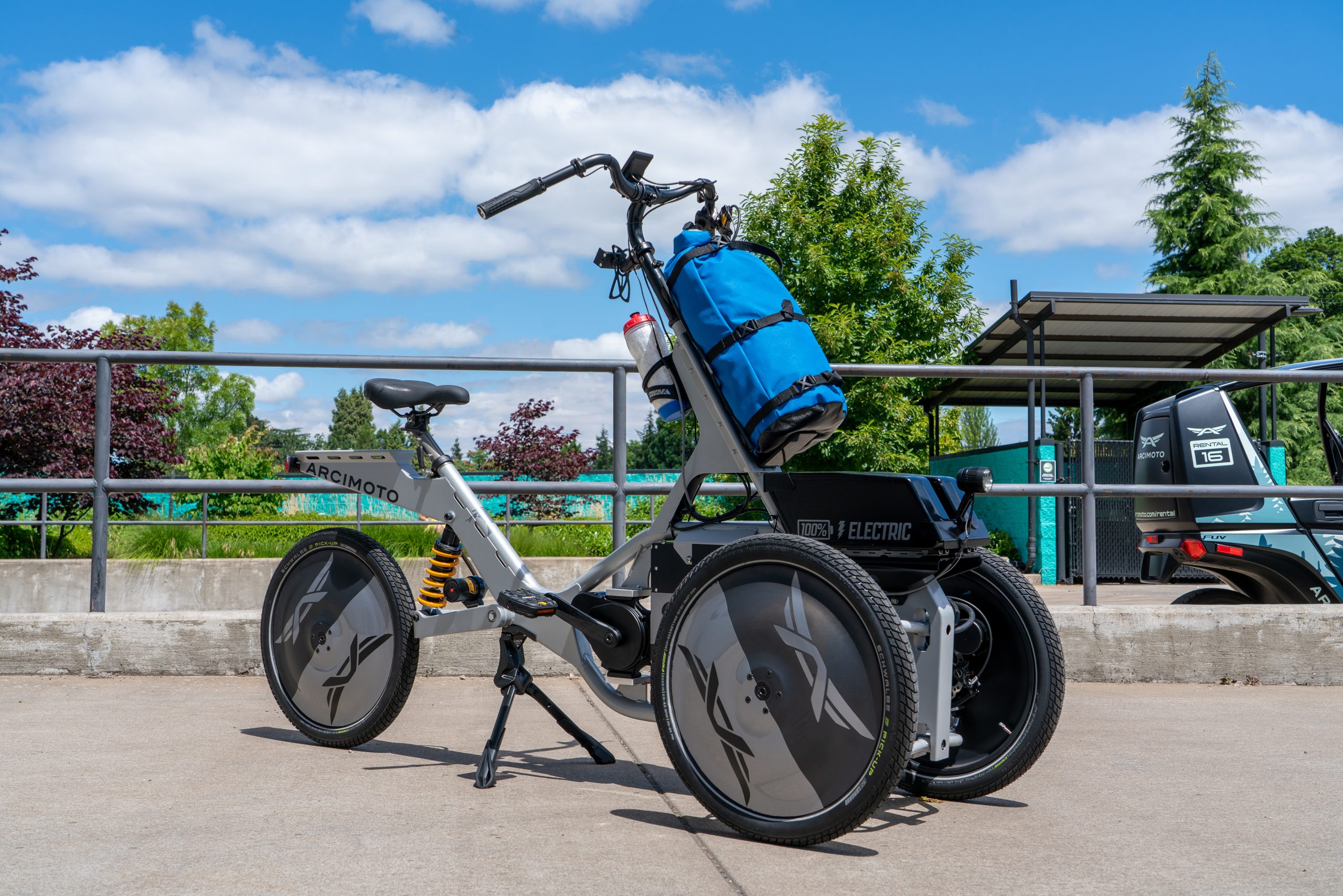 Arcimoto CEO Mark Frohnmayer took the time to chat with me about the company’s new Mean Lean Machine (MLM) Cybertrike. Arcimoto is known for its Fun Utility Vehicle and you might remember that Tesla’s Chief Designer, Franz von Holzhausen once took one for a spin.

This is part one of our interview.

Mark initially introduced the new e-trike at the company’s Ramp It Up event back in February. The new MLM Cybertrike is actually Arcimoto’s fourth-generation prototype.

The new version of the MLM has major improvements in the suspension, the first packaging study of the company’s MicroFutureDrive and carbon fiber wheels.

“It’s a project of true passion for a brilliant team of engineers.”

He explained that this version is the true prototype for the mid-line edition of the Mean Lean Machine, which is what they are calling the Cybertrike Edition.

He also told me where the name, Cybertrike came from.

“One of the guys on the team who’s been a key on the design was really, really hot on that name. And then a bunch of the Tesla fans out there who follow us kept saying it. So, I was like, ‘alright, mid-line version’s the Cybertrike.'”

Features of the MLM Cybertrike.

Mark told me that this version has a near-production intent frame and if you compare the differences between versions three and four, this one “has substantially more carrying capacity.”

It also has carbon fiber wheels and lighter motors. Mark explained that all of these improvements will yield significant ride improvements.

The Heart Of Platform 2

“It also has our first packaging instance of the MicroFuture Drive which is the heart of Platform 2. When we talk about Platform 2 and MicroFuture Drive, that is a combined integrated battery–a large battery for an e-bike class vehicle.”

“We’re targeting 1.8kWh and then all of the electronics, the inverters, the phone-home, GPS, VCU–all of that in one box. As you know with the Mean Lean Machine, there’s no chain, there’s no belt. You don’t get grease on your leg. There’s one motor on each wheel and then you’re actually pedaling a motor–a generator. And that is your throttle.”

It also allows for recharging while it’s sitting stationary.

“All of that together is leveraging the best in class in the world, we believe, tilting three-wheeled design technology that we’ve acquired with Tilting Motor Works last year. And then adding on just next-level EV tech to make for a truly, truly unique, and awesome ride.

“When you think about that, it is a three-wheeler that has a ride feel of a two-wheeled machine but with some significant advantages. Much better stability, much better traction. You’ve got independent control of each of the three wheels. Even if you lose traction on one wheel, the vehicle can adjust.”

Stay tuned for Part 2 of our interview.