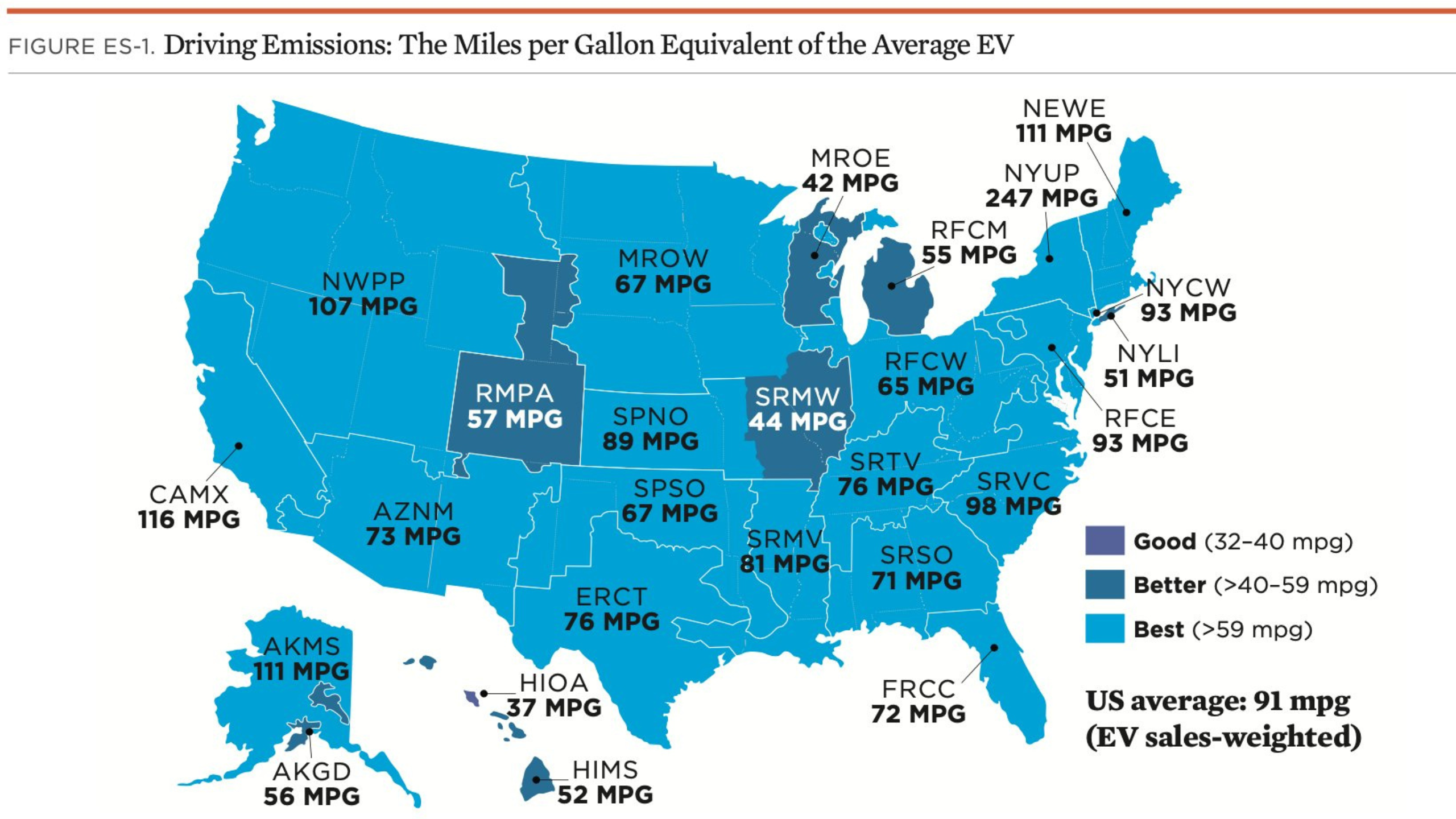 The analysis showed that the extra emissions from the manufacturing of EVs are practically erased after fewer than 21,000 miles driven for cars and 17,500 miles driven for trucks. this, @AMuchBetterFace pointed out, is less than two years of average driving.

According to the UCS study which was published yesterday, “Based on the most recently available data on power plant emissions and EV sales, driving the average EV in the United States produces global warming emissions equal to a gasoline vehicle that gets 91 miles per gallon.”

Recap of the Analysis

In a short thread, @AMuchBetterFace gave a short recap of the report.

According to the graph below, you can see that electric cars and trucks are much cleaner than ICE vehicles even after accounting for battery manufacturing.

One of the most common myths about EVs is that they produce emissions either at the same level of ICE vehicles or more.

The UCS study noted that EVs will become much cleaner than ICE vehicles as more renewable electricity generation comes on line.

5/ Note that the study understates EV benefits because it includes Plug-in hybrid EVs in the average (see page 20 "Emissions Rate Assumptions and Results by Subregion").

Better look at the most efficient #EVs to get a better idea of where we're headed. pic.twitter.com/Q6JQT4f1W1

One key point to make is that the analysis included plug-in hybrid electric vehicles in its assessment.

By including PHEVs, this actually understates the benefits of EVs. According to an end note,

“Average EV efficiency is based on a sales-weighted average of EPA combined highway and city efficiency values for the 10 battery-electric and 10 plug-in hybrid electric models with the highest US sales over the last six years. Plug-in hybrid EV efficiencies are also weighted by utility factor.”

Despite that, the study still reflects that electric vehicles are cleaner than their ICE counterparts. You access the full study here.