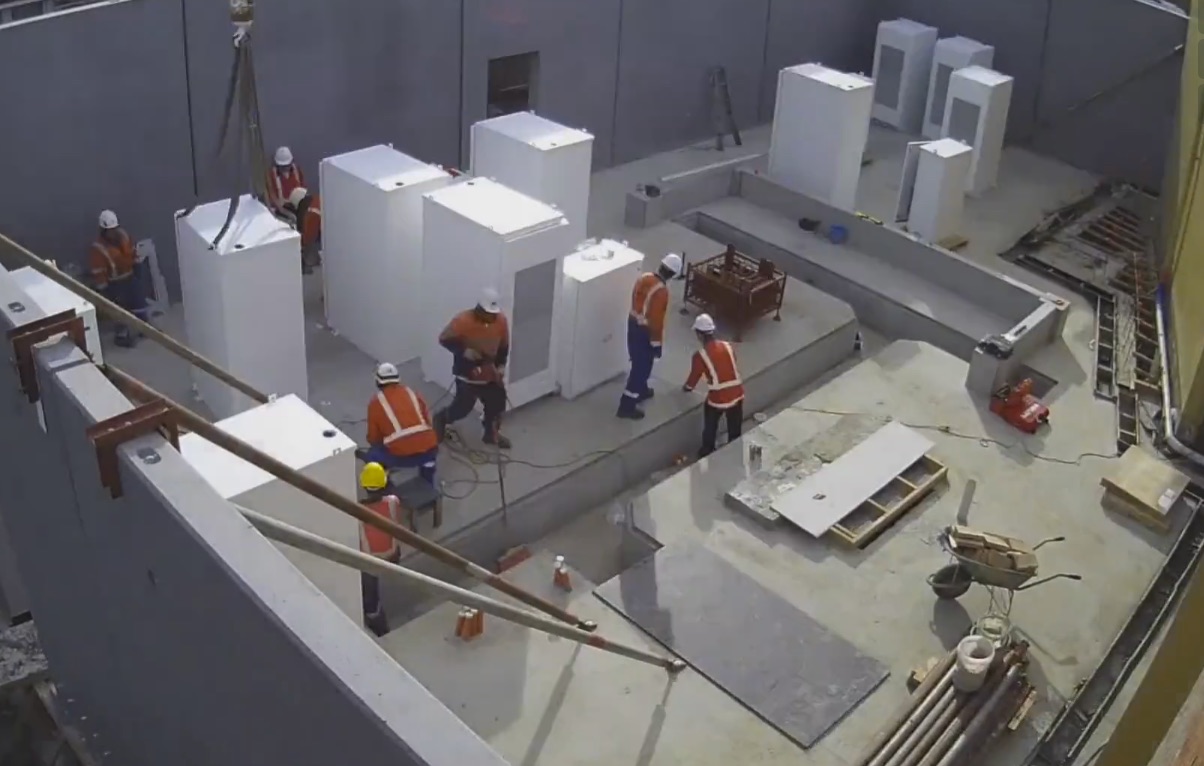 New Zealand’s Vector Energy has installed what it claims is the first Tesla Powerpack grid scale energy storage system in  the Asia-Pacific region. It is composed of 24 100 kWh Powerpack units with a combined storage capacity of 2.3 megawatt-hours. In the event of a power outage, the system stores enough electricity to power 450 homes for nearly 2.5 hours.

In the video below, the individual components are seen being installed. First the Powerpack modules are set in place, then a structure the size of a small shipping container gets placed in position. Inside are four AC to DC inverters — one for every six Powerpacks.

According to InsideEVs, placing them inside the container building limits the amount of noise that can be heard by surrounding neighbors. This facility, in  the town of Glen Innes outside Aukland, is located in a residential neighborhood. The high concrete wall around the entire facility also also helps to contain any noise from the installation and keeps out intruders who might be injured if they came into contact with the high voltages present inside.

Finishing off the system is another structure where the automatic control systems are housed. This is also the part of the facility where supervisory personnel can monitor how the system is operating and take any corrective action that may be necessary.

Tesla has recently announced that its latest Powerpacks now have double the energy storage capacity of the originals — 200 kWh per unit rather than 100 kWh. That will allow installations like this to have twice the amount of stored energy for a given space — an important consideration for urban locations.

The Powerpack 2 units are already in production at the Gigafactory in Nevada. The first of them will be used to complete a 20-Megawatt Powerpack system for Southern California Edison at its Mira Loma substation near Los Angeles. When complete, that facility will be capable of powering 2,500 homes for an entire day and will be the world’s largest lithium ion battery storage installation.