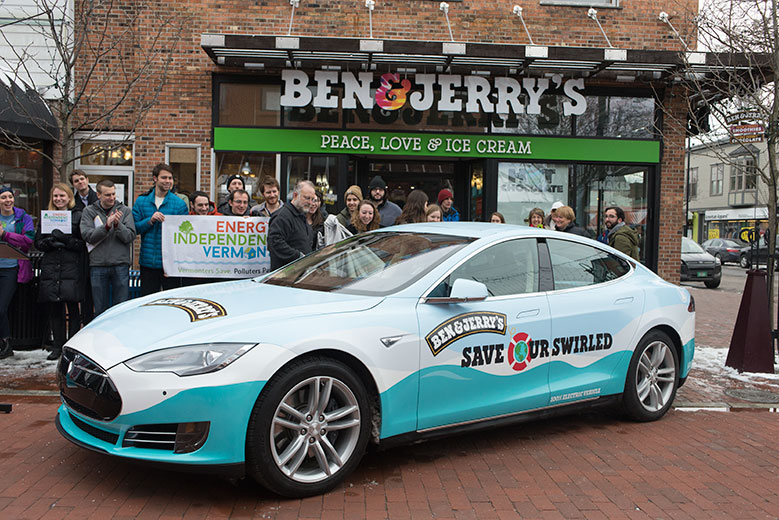 Tesla has created a specially modified Model S for Ben & Jerry’s ice cream to help it raise awareness about climate change and its impact on the Earth. Ben & Jerry’s kicked off its campaign to raise awareness about the impact of global climate change by delivering its new Save Our Swirled ice cream flavor at the Tesla Fremont factory.

Ben & Jerry’s reached out to Tesla to help promote Save Our Swirled and Tesla responded by building a specially modified Model S. What better way to promote climate change awareness than a 100% electric car? The revamped Model S can fit more than 1,000 scoops worth of ice cream inside and features a “Climate Action” station in the front trunk where ice cream aficionados can sign a climate change petition with Ben & Jerry’s nonprofit partner, Avaaz. The Vermont based company is known for its advocacy on social issues and even employs one Christopher Miller as its social mission activism manager. The new flavor features raspberry ice cream streaked with marshmallow and raspberry swirls and chunks of dark and white fudge ice cream cone.