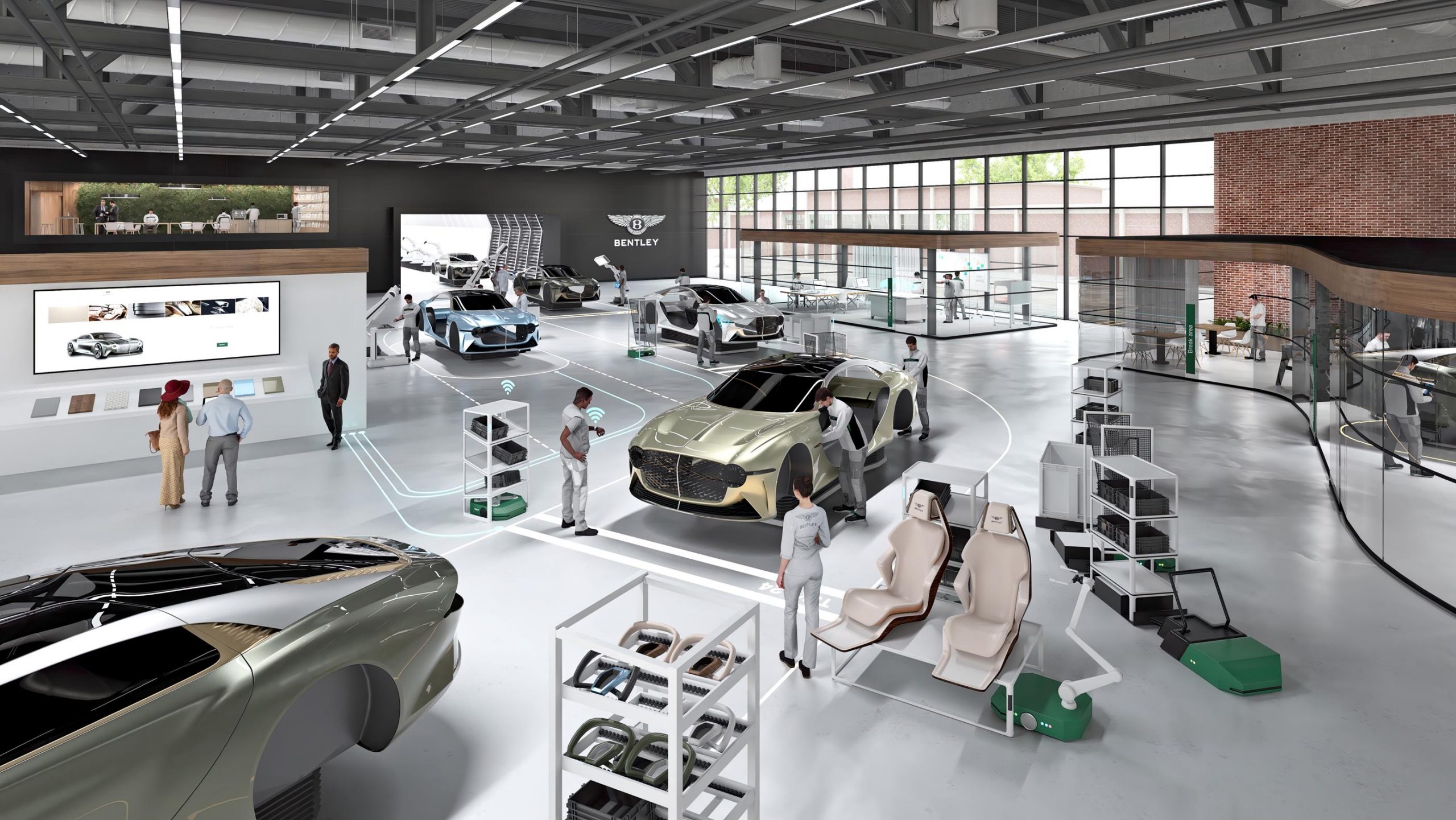 Bentley has announced that it will build its first-ever electric vehicle manufacturing facility in the United Kingdom with a £2.5 billion investment ($3,375,537,500). Bentley plans to update its Crewe, England plant with the investment.

“Bentley’s first-ever Battery-Powered Electric Vehicle (BEV) will be developed and built in the UK with the company committing to investing £2.5 billion in sustainability over the next ten years. The announcement is a major boost for the UK economy and also helps secure Bentley’s first step into electrification at the production plant, where all Bentley models are built and 4,000 colleagues work,” Bentley said in its press release detailing the announcement.

The plans are to fully modernize the company’s factory in Crewe, England, which will bring Bentley’s all-electric models to market in just three years. The decision to remain in an already-operational factory will preserve the jobs of 4,000 workers, especially as job training will help employees stay up-to-date with the company’s mission. Bentley has previously outlined plans to offer EV and plug-in hybrid vehicles only by 2026.

Bentley plans to have the first all-electric vehicle roll off of production lines in 2025, marking a substantial moment in the company’s storied history of automotive manufacturing. The commitment aligns with Bentley’s Beyond100 strategy, “the ground-breaking plan launched in 2020 that will ensure Bentley is exclusively electric and end-to-end carbon neutral by 2030.”

“Beyond100 is the boldest plan in Bentley’s illustrious history, and in the luxury segment. It’s an ambitious and credible roadmap to carbon neutrality of our total business system, including the shift to 100 percent BEV in just eight years,” Adrian Hallmark, Chairman and CEO of Bentley, said. “Our aim is to become the benchmark not just for luxury cars or sustainable credentials but the entire scope of our operations. Securing production of our first BEV in Crewe is a milestone moment for Bentley, and the UK, as we plan for a long-term sustainable future in Crewe.”

Brands that have such prestigious names, especially in the supercar and luxury sectors, have long been dependent on their reputations to develop and deliver fast, sporty, and incredibly luxurious vehicles. However, maintaining the image of the brand, which includes the high-powered petrol-fueled motors that have kept each of these companies in business, could be one of the biggest challenges. The past is one thing, but companies like Bentley will have to adapt to keep their status as automotive legends intact.

“Today is arguably the most important day in Bentley’s modern history, and is a testament to the hard work and skill of our colleagues in Crewe. The journey really does start now,” Board Member for Manufacturing at Bentley, Peter Bosch, said.