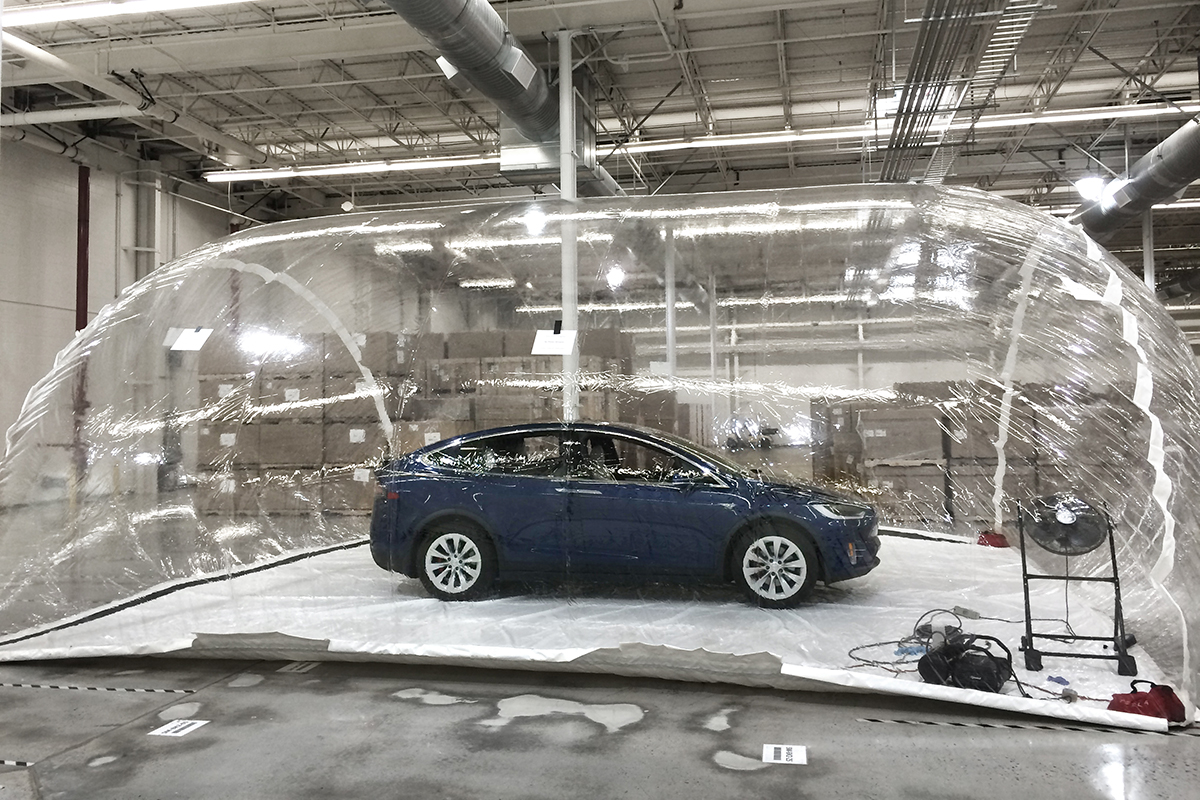 At the end of a blog post about how it tests the bioweapons defense mode system in the Model X, Tesla Motors slipped in a statement that the system will be available in the Model S as well. The company constructed a clear plastic enclosure around a Model X, then filled the bubble with an unhealthy amount of pollution. Its intrepid testers sat in the Model X and took measurements with their instruments. Within 2 minutes, the level of pollutants inside the car fell from “an extremely dangerous 1,000 µg/m3” to below the level their instruments could detect. Not only that, the car began to clean the air in the enclosure outside the vehicle. After a few more minutes, PM2.5 levels outside the car fell by 40%. “In other words, Bioweapon Defense Mode is not a marketing statement, it is real. You can literally survive a military grade bio attack by sitting in your car.”

According to the World Health Organization, air pollution kills 3,000,000 people every year. That is double the number who loses their lives in automobile accidents. Tesla feels an obligation to protect its customers and their families from more than just motor vehicle accidents.

In its blog post, it says, “Inspired by the air filtration systems used in hospitals, clean rooms, and the space industry, we developed a HEPA filtration system capable of stripping the outside air of pollen, bacteria, and pollution before they enter the cabin and systematically scrubbing the air inside the cabin to eliminate any trace of these particles. The end result is a filtration system hundreds of times more efficient than standard automotive filters, capable of providing the driver and her passengers with the best possible cabin air quality no matter what is happening in the environment around them.”

Bioweapon Defense Mode is also available on the Model S as part of the optional Premium Upgrade Package for $3,000. We don’t know yet if the company intends to make it available for the Model 3 when it goes into production.