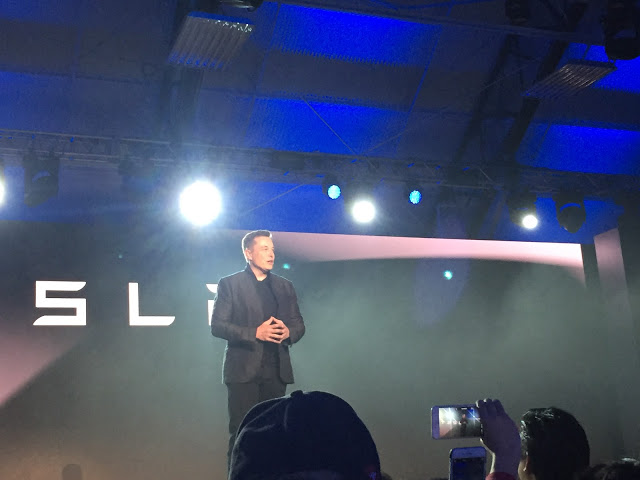 Elon Musk does not follow the herd. Even though most executives do not use their private wealth to fund business ventures, Musk believes it is important to to show that he personally has skin in the game.

More than almost any other entrepreneur, Elon Musk finances his three primary business ventures — Tesla Motors, SolarCity, and SpaceX — by leveraging his own personal assets. The Wall Street Journal (WSJ) says those three companies are valued at close to $50 billion, largely because of Musk’s “voracious appetite for risk and unyielding optimism.”

A study in February by ISS QuickScore found that just 13% of executives or directors at the 3,000 largest companies have pledged shares they own in those companies as collateral for personal loans.

Of the $105 million in bonds sold by SolarCity since October, 2014, SpaceX has purchased $90 million. Musk has taken out $475 million in personal loans at various times to help out one or another of his business interests when they needed cash injections. Those loans are secured by $2.5 billion worth of shares he owns in Tesla Motors and SolarCity, based on market values from this week.

WSJ says few top executives use their personal funds to support their business ventures because it can place them in conflict with other shareholders. It could also subject them to a margin call that could disrupt normal trading in company shares. “As an analyst, it is often a red flag for me when companies and management direct loans between entities they have personal or financial interests in,” says Nathan Weiss, founder and senior analyst at independent research firm Unit Economics LLC in East Greenwich, RI.

“There are a few cases where one company was doing considerably better than another and I borrowed money,” Musk  says via WSJ. “If I ask investors to put money in, then I feel morally I should put money in as well […] I should not ask people to eat from the fruit bowl if I have not myself been willing to eat from the fruit bowl.” In other words, he thinks it’s important for others to see that he has skin in the game.

Musk says the odds of him not being able to handle a margin call are “almost zero.” That’s because his exposure is less than 5% of his total worth. He says he has “made it clear to shareholders that I subscribe to the notion that the captain is the last person off the ship.”

Venture capitalist Steve Jurvetson, a major early investor in all of Musk’s companies, says he is not concerned that Musk has pledged his own shares. As long as the total is less than 5% of Musk’s total net worth, “you don’t have much to talk about.” Jurvetson raves about Musk, saying “his passion is breathtaking.”

Republicans in Congress are less in awe of Elon, however. Now that SpaceX has signed contracts worth billions of dollars with NASA, they are proposing legislation that would prohibit Musk from using his stake in SpaceX as collateral for other loans, particularly to SolarCity. The solar power company has recently had a loud and contentious spat with the Nevada Public Utilities Commission, which voted to impose a monthly fee on all rooftop solar installations in the state.

In response, SolarCity has shuttered his operations in Nevada and laid off hundreds of employees. How that plays out as the Gigafactory comes online should be interesting, since the same utility company (owned by Warren Buffett) that imposed its will on the Nevada PUC will also be the energy supplier to that gigantic manufacturing process. Tesla intends to sell excess power back to the utility, a process that started the whole controversy in Nevada in the first place.

Representative Douglas Lamborn, Republican from Colorado, says the proposed legislation is intended to send a message to Musk that his moves are being watched and monitored. A SpaceX spokesman retorts that SpaceX’s “cash balances are not government money’.”

Elon keeps his political leanings well out of public view. But it is clear his propensity for disrupting the established order has made a few enemies along the way.