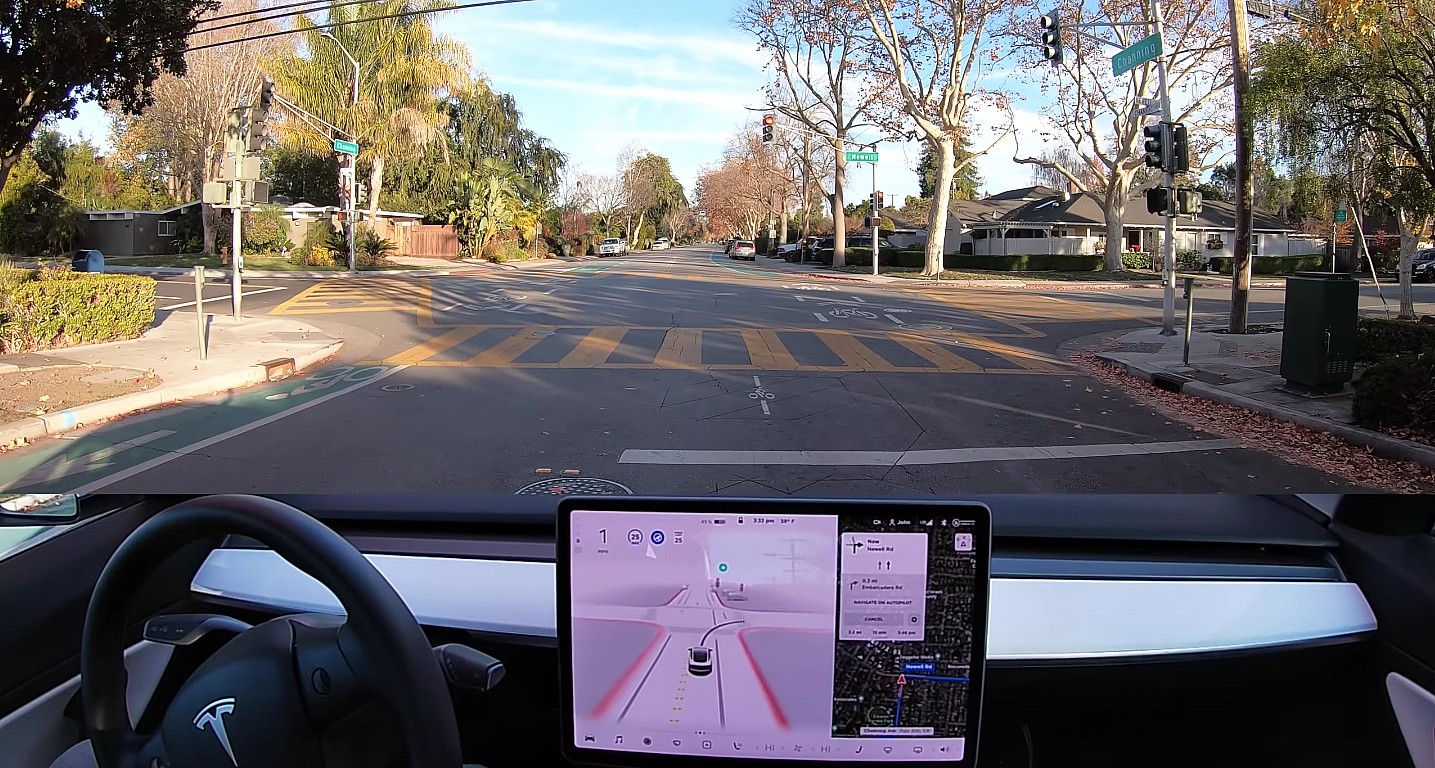 The California Department of Motor Vehicles (DMV) seems to want Tesla to advertise its Autopilot and Full Self-Driving (FSD) features to consumers.

According to a report by the LA Times. the DMV isn’t too happy about Tesla’s use of the terms, Autopilot and FSD. And the state agency is also upset about Tesla’s description of how Navigating on Autopilot from home works.

According to the article, the California DMV thinks the following paragraph found on Tesla’s website was misleading.

“All you will need to do is get in and tell your car where to go. If you don’t say anything, your car will look at your calendar and take you there as the assumed destination. Your Tesla will figure out the optimal route, navigating urban streets, complex intersections, and freeways.”

Is this really misleading, though?

That particular paragraph is part of Tesla’s description of its Autopilot and FSD features. Having seen FSD in action for myself, I’ve seen it actually do this. I’ve ridden with friends who have FSD Beta and they would speak into the microphone and tell the car where to go. And the car would go there.

The only issue is that this technology is still in Beta and the driver needs to be very aware of their surroundings. This means paying attention to the road. And in some cases, I have seen my friends take over safely.

However, I’ve also witnessed FSD stop for cyclists and pedestrians which many human drivers all too often don’t do.

As someone who doesn’t own a car, I’ve been almost hit quite a few times. If it wasn’t for my paying attention to my surroundings, I’d probably have won a few lawsuits and hospital stays. Perople really don’t pay attention when behind the wheel.

They seek to make Tesla add more disclaimers / training for users. Seems like a non-issue. Their main issue seems to be the Full Self-Driving name as Tesla doesn’t actually advertise. https://t.co/hole8WMSx0

If the DMV gets its way, it could revoke Tesla’s licenses to make and sell EVs in the state. I don’t have to tell you how bad this would be for jobs.

The article noted that these “remedies” would probably be “softer.”  A DMV spokesperson told the LA Times that it will ask that Tesla be required to advertise the capabilities of Autopilot and FSD to consumers.

“The DMV will ask that Tesla will be required to advertise to consumers and better educate Tesla drivers about the capabilities of its ‘Autopilot’ and ‘Full Self-Driving’ features, including cautionary warnings regarding the limitations of the features, and for other actions as appropriate given the violations.”

In essence, the DMV is trying to force Tesla to buy advertising for its products and services.

Bloomberg noted that Tesla has 15 days to respond to the DMV if it wants to dispute or defend itself. It should also be noted that Tesla is one of the state’s largest employers with over 45,000 employees.

California isn’t too fond of Tesla at all, it seems

Although Tesla didn’t close down its factories in California, the company relocated its headquarters to Austin following Elon Musk’s personal decision to move to the Texas capital.

Personally, I don’t blame him for moving out of a state where government officials are openly hostile toward Elon Musk. I’d leave, too. And the move has proven to be very beneficial for both Tesla and Texas.

Following the relocation, Tesla seems to be doing very well and recently opened Giga Texas in April. Tesla has also been working closely with the Texas Public Utility Commission (PUC) and the Electric Reliability Council of Texas (ERCOT).

Reducing the stress on the Texas grid would help Texans during the intense heat and winters. And it would encourage the largest oil-producing U.S. state to openly embrace renewables. Tesla being in Texas is a great thing for both as well as the South.