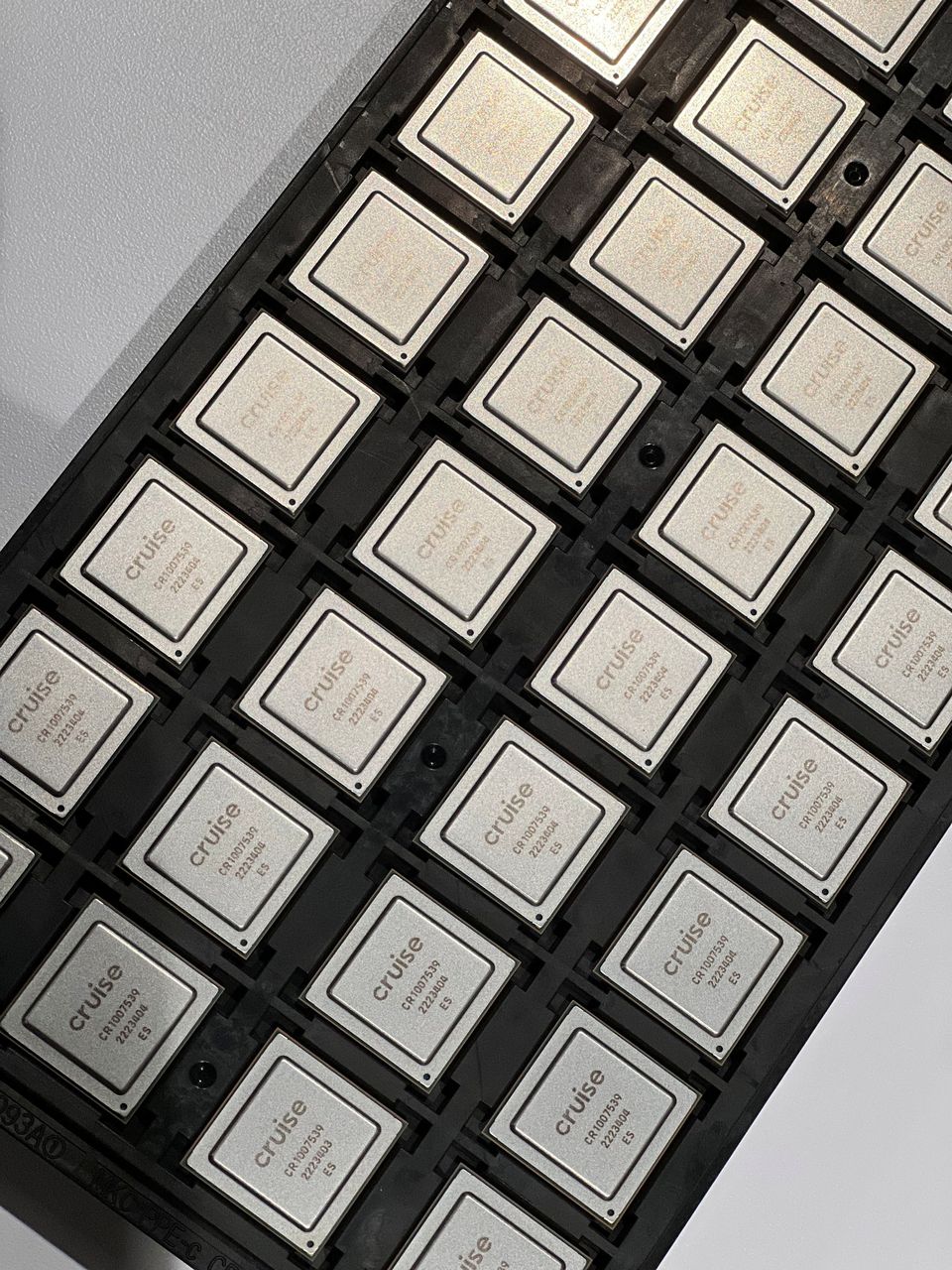 Courtesy of Cruise/Handout via REUTERS

General Motors (GM’s) Cruise has developed its own computer chips for self-driving cars with plans to deploy them by 2025, Reuters reported, noting that the company wasn’t too happy with the cost of chips.

Cruise’s VP of Hardware Engineering Carl Jenkens told Reuters that a mere two years ago, the company was paying a lot of money for a GPU “from a famous vendor.”

“There is no negotiation because we’re tiny volume. We couldn’t negotiate at all. So that’s why I said, okay, then we have to take control of our own destiny,” he said while touring the Cruise Research and Development workshop.  According to the executive, the in-house development of the chips required investments that would be recouped by scaling up the production of cars that use multiple chips.

Currently, GM’s Cruise has developed four in-house chips. A computing chip called Horta, a data processing chip called Dune, a radar chip, and one that will be announced at a later date. The decision to develop in-house chips is something that Tesla was the first to do.

Tesla’s development of its own chips is what enabled the company to do so well during the semiconductor chip shortage while many of its competitors struggled. During Tesla’s Q2 2022 earnings call, Tesla CEO Elon Musk spoke of this advantage it has over the other automakers.

“Even now where the supply chain issues with our Tier 1s and Tier 2s, get into it with us on the engineering side when we find solutions, whether it’s alternative chips or changing the entire structure of this pack to make it work,” he said.

He added that Tesla is as much as a software company as it is a hardware company.

“And so one of the ways that we’ve been able to address supply chain issues on the chip front is by rewriting of software to be able to use different chips or, in some cases, achieve dual use of a single chip, which is even better.”

“And actually, quite frankly, the chip shortage has served as a forcing function for us to reduce the number of chips in the car. Yes, it turns out we had more chips than we needed. But that’s a testament to our software team that we’re able to roll a new chip into the car, write a whole new patch of software for that chip, and without interrupting production.”

Tesla is also expected to share more news about its Dojo supercomputer used to train the neural networks used in its self-driving technology on AI Day at the end of this month.