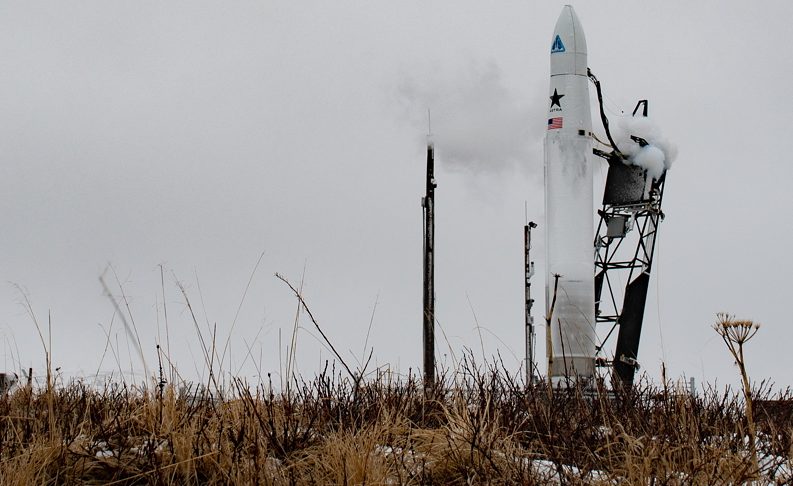 Astra, a rocket startup out of California, was unable to snag the coveted DARPA launch challenge. Credit: Astra

Astra, a stealthy aerospace startup operated out of Alameda, CA, emerged from the shadows last month as it attempted to capture a coveted prize: a $12 million launch challenge from DARPA.

The challenge? To build a rocket capable of launching small military satellites from anywhere in the US with very little notice.

About two years ago, DARPA put out a call to search for a launch provider that could do just that. The competition started out between a field of eight, but DARPA soon narrowed it down to three finalists: Vox Space (an offshoot of Virgin Orbit), Vector Space, and Astra. Vector went bankrupt and Vox dropped out to focus its efforts on other projects, leaving Astra as the sole competitor.

Astra was founded in 2016 but has spent the last couple of years operating in secret as it built its launch vehicle. The two-stage vehicle, which stands 38 feet (11.6 meters) tall, is powered by five engines that rely on a combination of liquid oxygen and kerosene. The first whispers of the company’s existence came about after a couple of launch failures at the Pacific Spaceport Complex on Kodiak Island in Alaska.

But Astra pushed forward and nearly succeeded in capturing all the marbles.

As part of the challenge, Astra would have received $2 million for completing the first launch, and an additional $10 million to do it again before the end of March. Astra was provided details on the payloads less than a month before launch, and only got to see them when they were readied to be loaded into the fairing.

In order to demonstrate its ability to quickly prep for launch, Astra was not given orbital details, nor was it allowed to do any groundwork until just a few days before liftoff. If Astra succeeded in reaching orbit on the first launch of the challenge, DARPA would have offered $10 million more to do it again from a different launch pad before the end of March.

Astra was given a limited window to launch, with at least fours days of acceptable weather. That meant the initial rocket needed to get off the ground by March 2. The second rocket in the series would have to then launch to a slightly different orbit sometime between March 18 to 31.

Iffy weather caused some delays, but as the launch window was getting ready to close, the company was ready to go. Unfortunately, issues with some ground equipment thwarted the launch attempt. The company chose to stand down and lost out on the DARPA money as a result.

But Astra isn’t giving up. The company plans to get its rocket off the ground, even if it has to launch without a payload.