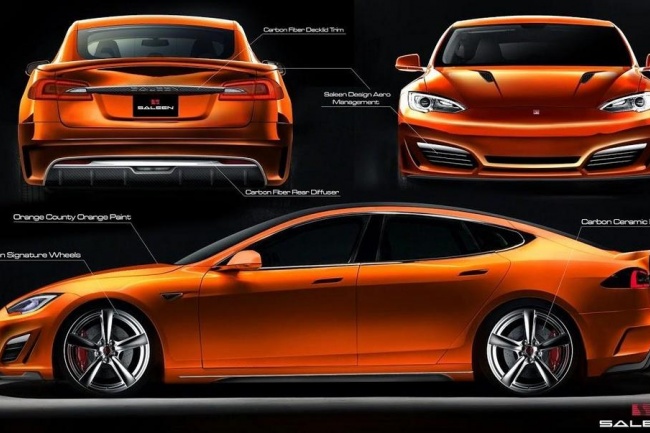 The day Saleen turns their attention to the Tesla Model S, you can say electric cars have reached mainstream We’ve noticed a few tuners turn their attention to electric vehicles (EV) over the past few years. There is no better acknowledgement than to enhance an already pretty fantastic car, the Tesla Motors Model S.

When tuners turn their attention to a car, it is usually because there is potential. We’ll excuse the few piston heads who are still resisting electric cars when none other than famed exotic car maker Koenigsegg publicly says he preferred his Model S to his BMW sedan. Can you give electric vehicles any better recognition?

I interviewed Bisi from Bisimoto a month ago. Bisi is famous for his gasoline engine work, but what set him apart was the work he did on the original Honda CR-Z Turbo. The car pushes out 533HP, all of which are very drivable. I also met with John Mueller over a year ago after he brought a Mitsubishi i MiEV at the Mitsubishi’s Owners Day. When I asked him why an i MiEV, he simply said the writing is on the wall and EVs are the future. After taking a ride in the Muellerized i MiEV, it was clear EV tuners have their work cut out. John didn’t do anything to the electric motor or battery. Instead, he lowered the suspension, tweaked it and gave the car proper tires. This I MiEV handles better than most sedans, period. Is it any wonder why Saleen turned its attention to the electric car of the year, the Model S? Going from muscle cars to electric cars is a leap, but the company, usually associated with Ford Mustangs is taking its creative energies to see what more could they squeeze out of a Model S. Using a 85 S model the company is still mum on the technicalities, but promised a powertrain modification. The extra intakes lead us to believe Saleen is working on a better cooling system, which will make the car more fun at a track event. See our series with John Tamplin takes his Model S to the track.

One thing is for sure, the aesthetics bring the Model S more in line with the domestic market, than its worldly cosmopolitan current design. The front fascia is slightly reminiscent of the previous Corvette, as well as Bob Lutz’s Fisker V8 redo. The Saleen would make the Model S more attractive for the Detroit muscle car crowd. Since the car looks more aggressive, it is only fair to extrapolate it will be lighter. The generous carbon-ceramic brakes and wheels only confirms our hunch. If the Model S is a Maserati now, the Saleen version should make it closer to a Ferrari. It’s good to see tuners working on EVs. If the biggest problem with gasoline engines is to boost up the performance, it is the opposite for the electric motor. Tuners need to figure out how to raise the performance of something that needs to be tuned down in order to make it drivable. This is a great dilemma we look forward to seeing how Saleen tackles, but don’t get your hopes too high. It won’t be available until next summer. After all, it isn’t all that easy making perfection even better.