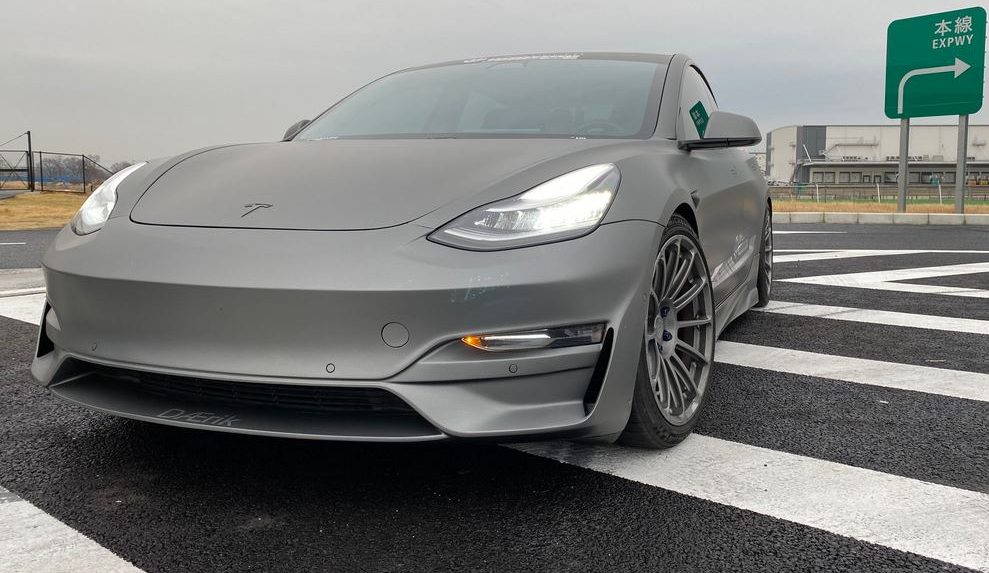 A Tesla Model 3 Performance with modifications from EV tuning house Unplugged Performance has achieved an elusive feat. During a run in Japan’s Tsukuba Circuit, a location famed for its twists and turns, the modified all-electric sedan managed to beat the record of a legendary naturally aspirated supercar, the McLaren F1, with an impressive lap time of 1:03.3.

What’s rather interesting is that the Model 3 Performance was actually in its street settings when it was brought to the track, and its driver was a neophyte with electric cars. While the vehicle had a slew of modifications, the Model 3 was not tuned or modified specially for the Tsukuba Circuit. It was even equipped with OEM tires from a Porsche 911 GT3 RS (997), which are good on the track but also great for regular driving.

The Model 3 that was used for the Tsukuba Circuit run was the same car that Unplugged Performance brought to the Tokyo Auto Salon. The vehicle, which belongs to Tesla owner enthusiast Erik Strait and dubbed as the Model 3 Ascension R, was brought over to Japan this January following its showcase at the SEMA 2019 show. The all-electric car was showcased in Japan as a way to demonstrate how classic tuning methods could be applied for high-performance EVs.

It should be noted that its record-breaking lap was not the first time Unplugged Performance’s Model 3 Ascension R was brought to Tsukuba Circuit. After its appearance at the Tokyo Auto Salon, the vehicle was brought to the track, where it came close to beating the McLaren F1’s lap record with a time of 1:04.7. This was just one-tenth of a second slower than the McLaren F1’s record of 1:04.6.

For Unplugged Performance CEO Ben Shaffer, The Tesla Model 3 Ascension R is a love song of sorts to his background in JDM vehicles. It’s a fast electric car that is very capable on the track, of course, but it is also a proper road car that can be used for everyday driving.