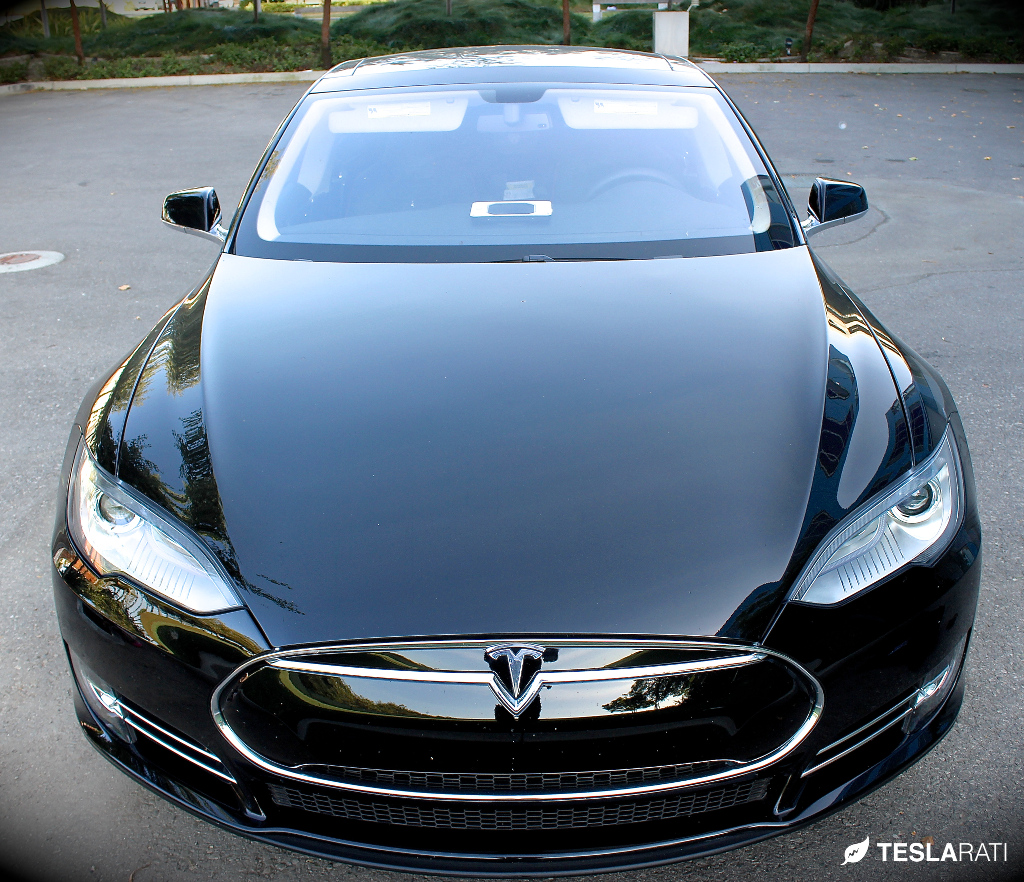 How to Decode Your Tesla Model S VIN With the Model X delivery around the corner, the recent announcement of the Model 3 and the much anticipated unveiling of the “D”, we thought it would be fun decode the Model S Vehicle Identification Number (VIN) and take a wild guess on how future VINs may look like.

The VIN is a 17 character alphanumeric fingerprint to your vehicle often found on the lower left corner of your dashboard and against the windshield. Law requires that it be placed in a visibly prominent spot on the car and for that reason it’s not a secret code, dispelling the myth that your VIN is a confidential identifier. I’d hate to break it to you but your VIN is not a secret.

The Tesla Model S VIN can also be viewed by pressing the Tesla logo at the top of the 17″ display. The VIN is required by DMV and also when registering your vehicle with the insurance company because it provides a wealth of information about your vehicle.

Referencing Tesla’s filing with the National Highway Traffic Safety Administration (NHTSA), here’s how we can decode the Model S VIN.

The first digit in the VIN indicates the vehicle’s country of origin which can also be its assembly location. Referencing CarFax we know that 5 represents the country code for the USA. The second character, Y, is for Tesla Motors as the Manufacturer. The third character, J, represents the vehicle type. Things start to become even more detailed as we start moving into the Vehicle Descriptor Section.

The make of vehicle is the first character within the Vehicle Descriptor Section. S is for the Model S, R for the Roadster and following this pattern we should expect to see codes of X, 3, and possibly D down the road.

The next character, A, is the body type and represents a 5 door hatchback with left hand drive. Right hand drive Model S’ use the letter B. The restraint system has had a few different variations but a 1 represents Manual Type 2 USA Seat Belts while Dual Front Airbags, Front/Rear Side Airbags, Knee Airbags etc. utilize their own set of codes.

The battery type, H, is for the 85kWh battery, and S is for the 60kWh battery. The final digit indicates the number of drive units (motors). This will be 2 for the Model X. Based on this Tesla Motors NHTSA VIN filing, it’s almost certain that a dual motor Model S will soon be announced. We’ll expect to see a 2 in the VIN of  the Model S “D”. The next code labeled Check Digit is just a way for agencies to verify the VIN through a mathematical algorithm. The year is a code with E representing 2014, F for 2015 etc.

The assembly plant is F which stands for Fremont, CA and there appear to be other plant codes they’ve used in the past. As Tesla starts assembly in other countries we’ll expect to see new codes here.

The first character of the production number indicates the stage of production with a few interesting codes:

Mine is a P for production level. The final 5 digits are a unique serial number. People often abbreviate their VIN with just the production number, so P36801 in my example.

The Tesla Motors VIN is constantly evolving as the electric carmaker continues to expand their lineup and into different markets. Don’t for one second think it’s just simple letter or number because in reality each one represents exciting new changes for Tesla Motors.

What does your VIN say about your car? Let us know in the comments below.

How to Decode Your Tesla Model S VIN