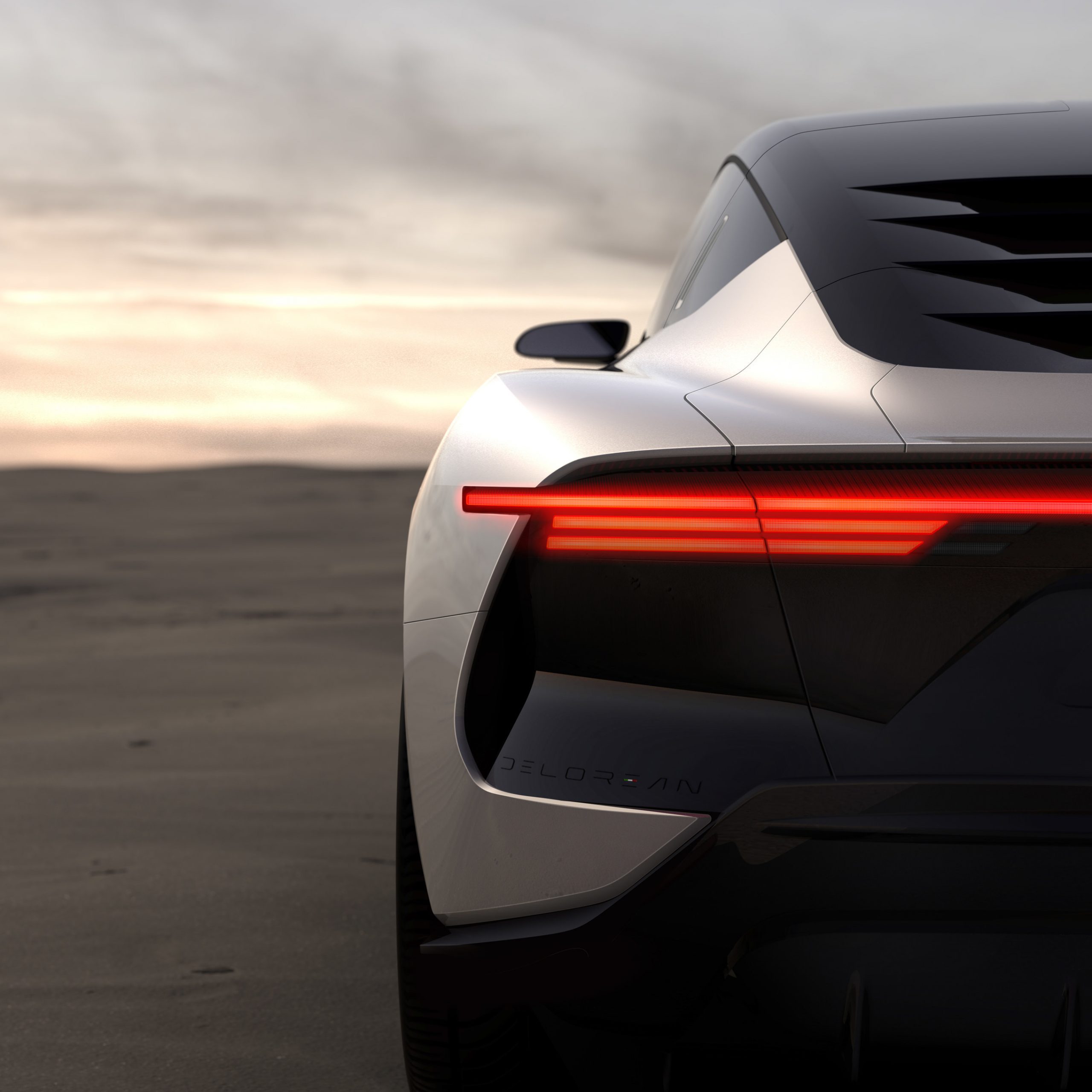 DeLorean Motor Company has released teaser images of its first electric vehicle. The automaker announced it will unveil its new concept electric vehicle on Thursday, August 18 at the prestigious Awards Ramp at the Pebble Beach Concours d’Elegance.

The company announced today that the sneak peek of its first electric vehicle will be on display three days earlier than anticipated on the Concept Lawn at Pebble Beach, with the first looks coming on the 18. Initially, DeLorean planned to unveil the vehicle on August 21. Along with the updated unveiling date, the company’s most recent development comes on Monday morning as DeLorean has released a teaser image of its EV.

Let’s clear things up a bit. The next generation of DeLorean is coming into focus August 18, 2022. For more information read the press release here: https://t.co/Q4Rax2aBC1 #DeLorean #DeloreanEVolved #firstlook pic.twitter.com/H0t0i4ODqv

Showing an angle from the rear driver’s side quarter panel, the sporty and sleek DeLorean EV is a highly anticipated release from the company. “Excitement is rising like the doors of our iconic sports car, and we are revealing the next generation prototype 3 days earlier than planned on the most prestigious stage at Pebble beach” Troy Beetz, CMO of DeLorean Motor Company, said.

DeLorean has yet to announce a name or any details of the car but plans to release these metrics at the unveiling on August 18.

Tesla Cybertruck blasts “Back to the Future” in amazing fan-remake

DeLorean has an interesting history. After starting in 1975, it only produced the stainless steel DeLorean DMC sports car that featured gull-wing doors, which have become a common association with the mid-1980s movie trilogy Back to the Future. The vehicle was only produced for model years 1981-1983, but still remains a highly sought-after vehicle for automotive and film buffs everywhere. Current DeLorean DMCs run for between $50,500 and $98,000, depending on condition, on Hemmings, an automotive auction site.

According to a report from Car and Driver, DeLorean plans to source its powertrain, including batteries and electric motors, from other companies. CEO Joost de Vries said, “It makes no sense today for a company of our size to vertically integrate everything.”

“The long-awaited concept car is the culmination of a 40+ year history with the prestigious design company Italdesign and DeLorean’s new interpretation of a modern icon,” DeLorean said of its new EV.