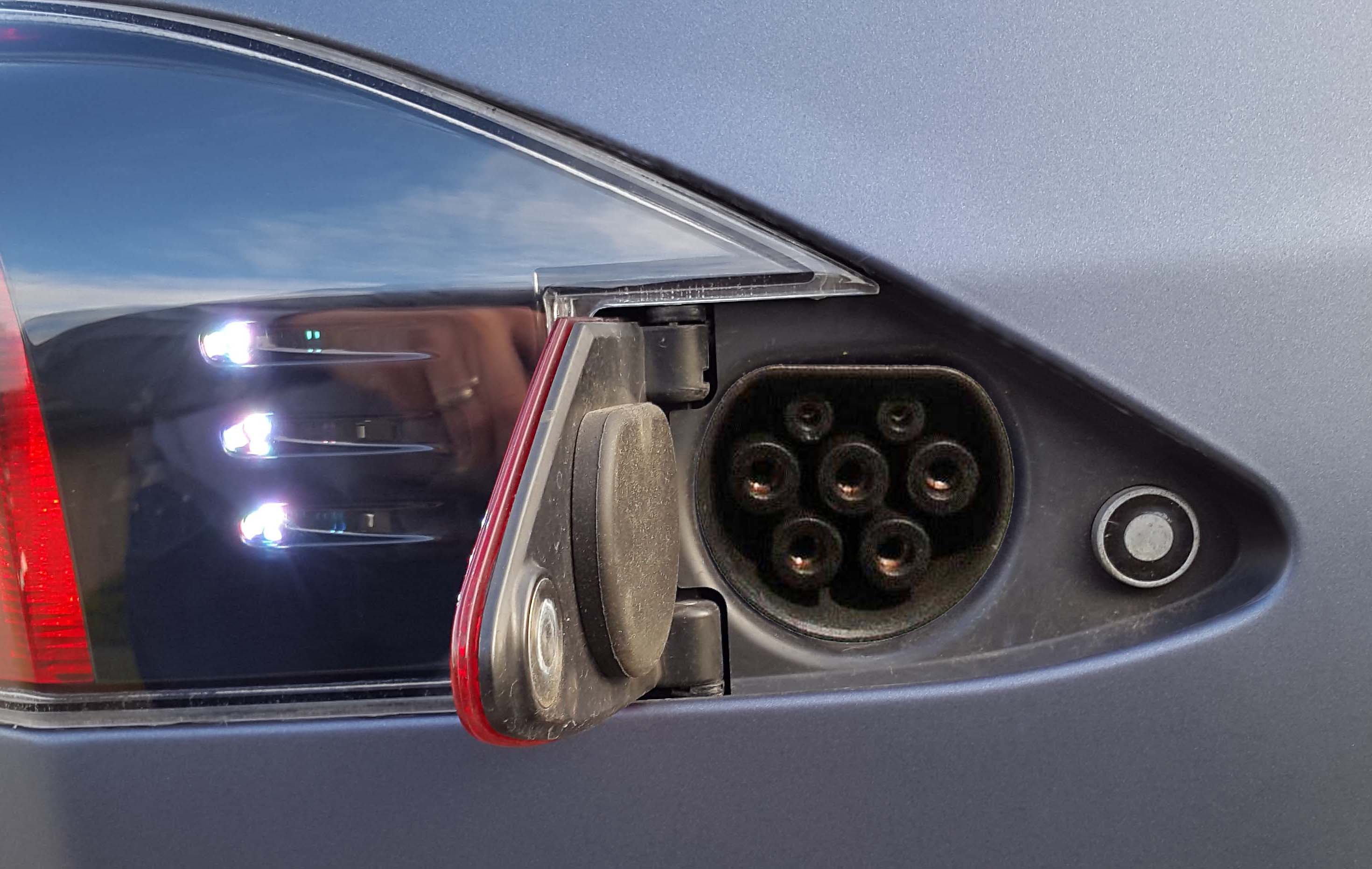 I hopped out of bed, took a quick shower, and headed out on my usual way to work in the Model S.
Halfway to work I realized that I forgot to charge the car and had 2 miles remaining. To make matters worse, there was no charging station in sight. What should I do? This is a hypothetical situation but unlikely happen in the real world, but it’s still interesting to explore what ifs had a Tesla enabled a vehicle-to-grid type capabilities through a ‘dis-chargeport’.

What if you could send an “Energy SOS” to nearby Tesla buddies, signaling them that your Model S is in need of some extra energy. The rescuing Model S would tether their vehicle to yours, via a dis-chargeport, which would enable the transfer of energy between vehicles.

Let me try to explain the setup a bit more.

A dis-chargeport would be located on the passenger side of the car and connected directly to the main battery. The port will need to include electronics that could automatically initiate charging of another car. While a dis-chargeport seems to be technically feasible, you’d bet that Tesla would immediately put a stop to it as they wouldn’t want owners to take energy from Superchargers for purposes outside of driving. Having this capability would open up a world of possibilities.

How an “Energy SOS” would work

Anyone would be able to send an “Energy SOS” when their battery is running low. Other Tesla owners in the area would get an instant onscreen message and a position of the Model S requesting the SOS. If Tesla chooses to allows  the energy and not secure the dis-charge system, that would open up ideas for

It wouldn’t be long before some company built an adapter/converter to output 110/230v but this opens up a whole new can of worms with endless possibilities.

Anyone care to join me on a electric BBQ tailgating party? Grilled meats from the trunk, on the house.