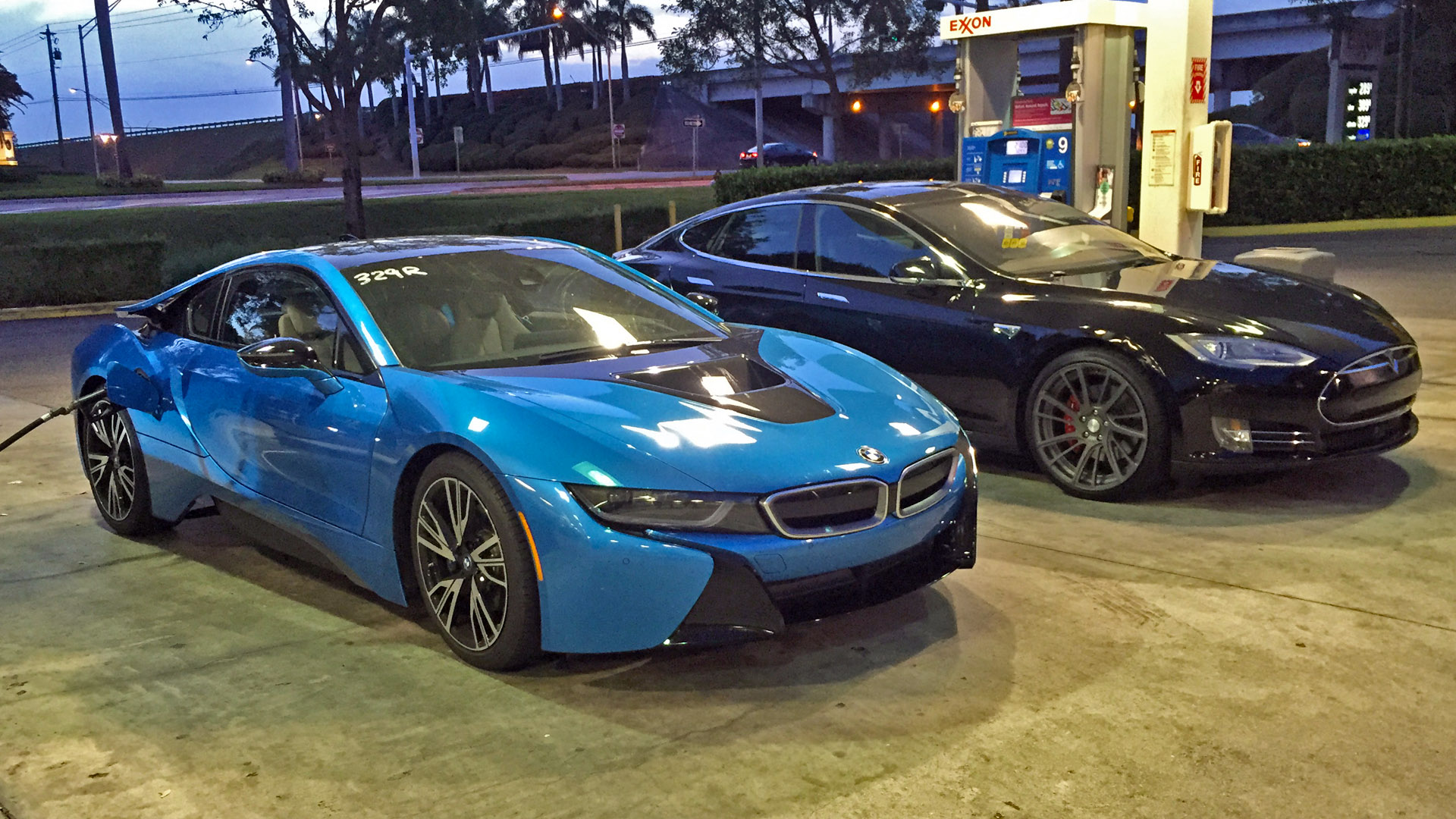 It’s just a matter of time before we start seeing the first videos of  Tesla’s mind-blowing 762HP ‘Ludicrous Mode’ P90D take on the likes of a Quad-turbo Bugatti Veyron in a heads up drag race, but until then, we’ll settle for more P85D Insane Mode competition.

The latest video from Drag Times pits the dual-motor 691 horsepower Model S P85D in insane mode against BMW’s 362 horsepower all-carbon fiber BMW i8 in a drag race from standing still. To be fair, there’s really no competition between the two, given that they’re two completely different types of cars. Despite the i8 weighing in at nearly 1,500 lbs (680 kg) lighter than the heavyweight-hitter Model S, the video really showcases what 1G of neck-snapping acceleration looks like from an opponent’s perspective.

So, what’s next? Bugatti, meet Ludicrous. Well, we can only dream, and in our dream we’re pleading for someone to make this happen.

>>>> How does Tesla’s Ludicrous speed work?