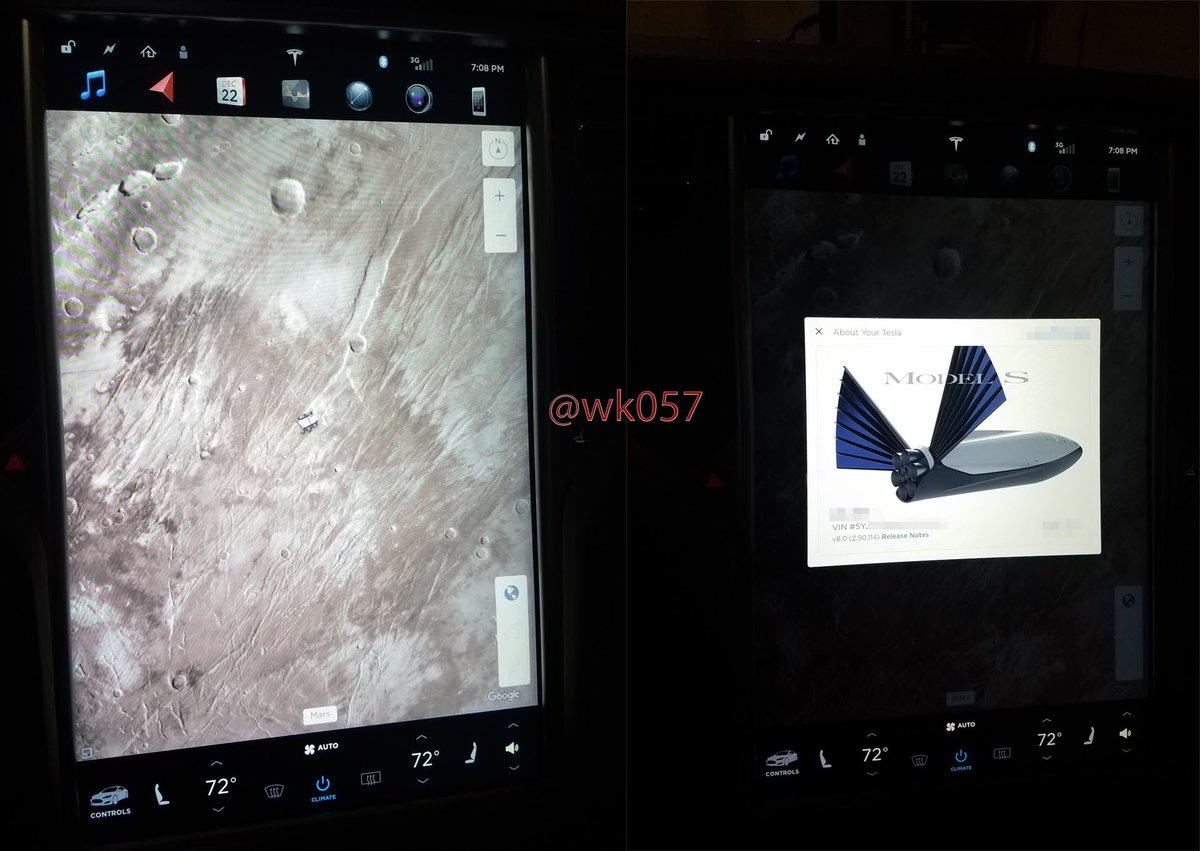 The link between Tesla and SpaceX extends beyond the fact that both companies share Elon Musk as their head honcho. Apparently, the billionaire entrepreneur and CEO to both companies has cross-pollinated his love for Mars with his fleet of electric cars. At least according to Jason Hughes’s latest tweet which apparently depicts a new Tesla Easter Egg that unlocks a surface shot of Mars onto the vehicle’s Navigation app. Also seen is something that appears to be something akin to a SpaceX Mars transporter with solar arrays.

We haven’t confirmed whether this is real or something that was hacked together by Hughes, but given his credibility within the community after having revealed Tesla’s plan for a P100D well in advance of the official company unveiling, we’re pretty certain this is legitimate.

Update: The Mars Easter Egg is confirmed to be real and available on the latest version 8.0 (2.50.114) software. To activate it, hold down “T” and input “mars” as the code. Tapping on the Earth icon will exit you from this screen and send your voyage away from the red planet. 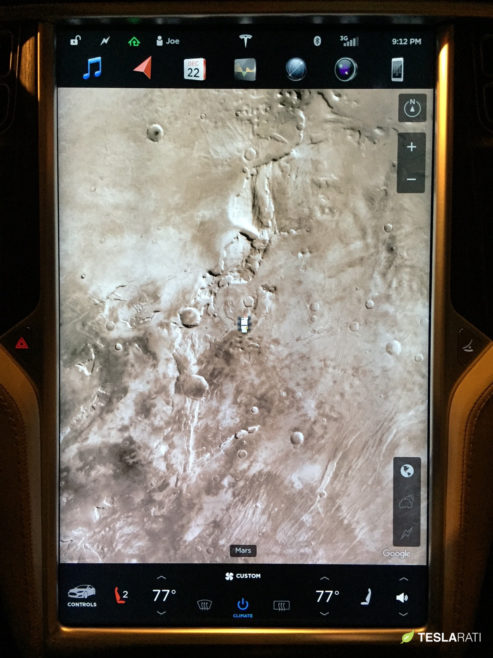 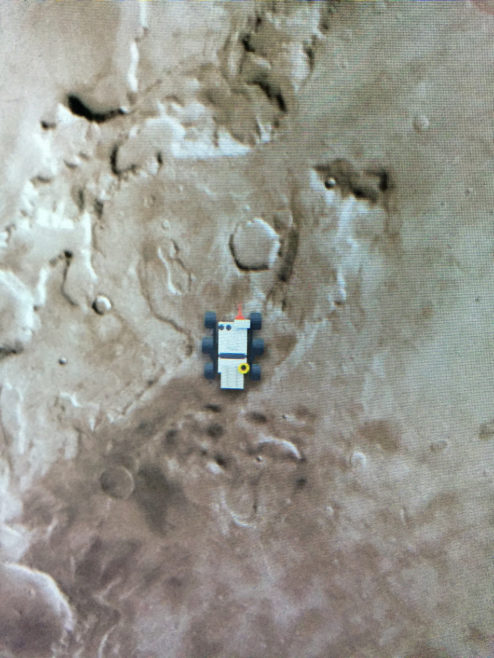 Have you discovered a Tesla Easter Egg you’d like to share? Submit anonymous tips through our app or email us at [email protected] with details.

At least we know there will be Teslas on #Mars @elonmusk @TeslaMotors Taking mine there for a spin! #EasterEgg pic.twitter.com/GE7C6Hb295