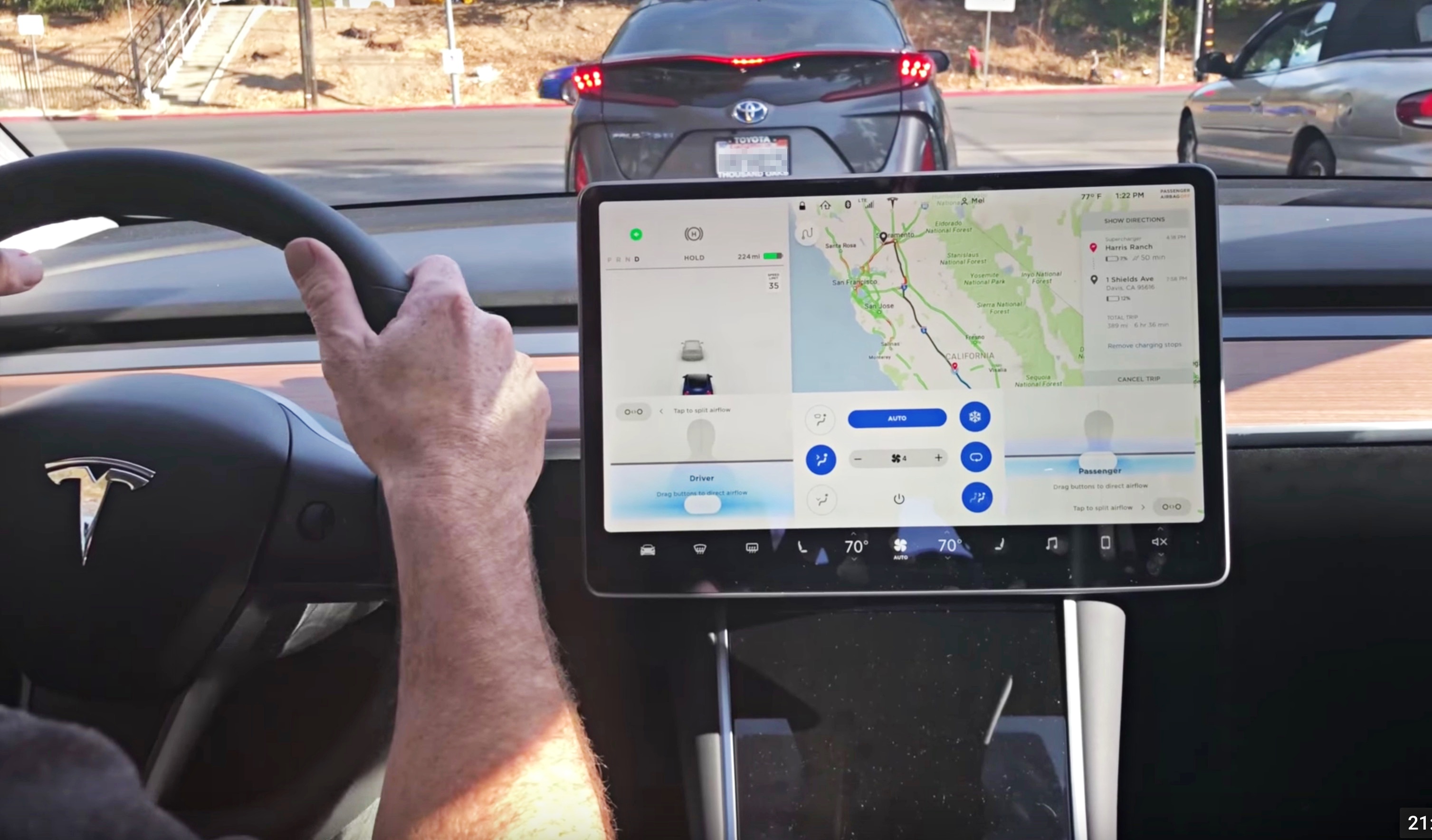 Tesla’s all-electric cars are well known for the antic-filled Easter Eggs included in their vehicle software, and in that same spirit, drivers will soon have the option of letting their cars decide their destination when looking for an extra bit of spontaneous fun.

“Done. I’m feeling 🍀 [lucky] & I’m feeling 😋 [hungry] navigation buttons coming with next software release,” CEO Elon Musk recently promised in response to a Twitter request for the feature. Google’s “I’m feeling lucky” button on its home page that takes users to the first website matching their query seems to be the inspiration for the proposed Easter Egg. It’s not clear whether any search functionality will be included in Tesla’s version, however.

“Hey @elonmusk can you add an ‘I’m feeling lucky’ destination option and take the driver on a fun surprise adventure,” the original inquiry read. Musk initially replied with his own suggestion by adding, “Would be cool if car took you to a random fun place traveled to by other Tesla owners in the area,” shortly before announcing the coming option. In true Musk fashion, the entire matter was discussed and then decided on via a tweet thread.

One of the other most recent examples of a tweet-turned-Easter Egg for the car maker’s software is the feature expansion coming to the Sketchpad app requested by Tesla owner and artist Goro Fujita. “Tesla finger painting. A request to @elonmusk: please add a color picker model with saturation adjustment and multiple undos…how else am I supposed to do serious freelance work with this? 😂 #Tesla,” he tweeted. Musk agreed to the sentiment with a simple “Ok” that the company’s official Twitter account later confirmed with a feature announcement via its own account on the platform.

Another Twitter suggestion may also have been part of the Sketchpad announcement, namely the “tweak music” feature Musk teased in the same conversation. “Fun, little music tool coming later,” he revealed. “Tweak music & car karaoke.” The musical reference appears to refer to a request for audio mixing capability that was suggested during the original Twitter discussion about the Sketchpad updates. “Completely agree. Every Tesla should have good art & music creation software,” he wrote in response to a comment about artistic features being sought after in the company’s vehicles.

Tesla isn’t the only company under Musk’s leadership that embraces fun and Twitter-driven action. The Boring Company infamously got its start after Musk vented his frustration into an epic tweet-rant that spawned the tunneling company as a solution. The venture’s antics in the days and months following quickly became great fodder for social media. Who could forget the Not-a-Flamethrower promotion and the Monty Python-style watchtower built out of Boring Bricks that still has a dummy knight sitting atop, albeit not spewing insults like the ones present at the Boring Tunnel demonstration party?

Overall, the message has been clear for a while about how Musk prefers to run his businesses. While many employers have open door policies for workers, Tesla’s CEO has an open door policy for his companies’ customers.