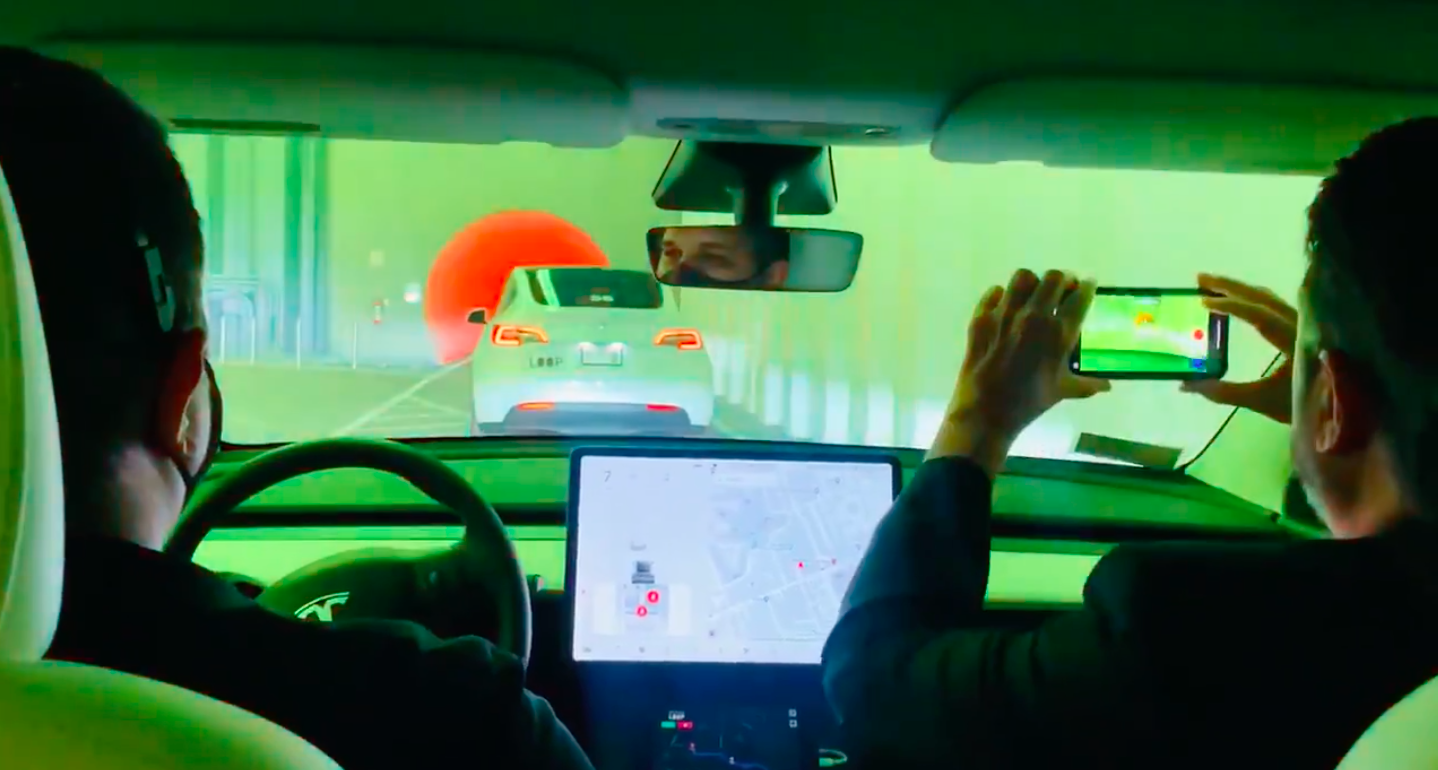 The first rides of The Boring Company’s Las Vegas Convention Center Loop have been shared online. And while the videos show a rather conservative version of the Loop system that features cars with human drivers and limited speeds, the potential of the tunneling technology is evident.

One such video shared by Las Vegas-based @themelissavegas showed a demo run in a Tesla Model Y. The all-electric crossover maintained a speed of about 40 mph during the short, 2-minute trip, but the ride seemed quite smooth, if not uneventful.

The LVCC Loop’s limited speeds and manually driven Teslas have caught the eye of Elon Musk’s critics, many of whom have mocked the underground transport tunnels for being far too different from the Tesla CEO’s idea of a Hyperloop, a completely different technology. Others have criticized the LVCC Loop for being just an underground tunnel, which is exactly what it was designed to be.

What is quite noticeable in the LVCC demos is that the transport tunnels have so much space to improve. And ultimately, the pieces are all there for any of the LVCC Loop’s future upgrades. The speed of the Teslas could be increased as Autopilot gets better and as the system matures, and this could be done likely with a software update.

Adding more Teslas to the system would be a breeze as well. And with more cars that are moving faster, the LVCC Loop could improve its capacity in a very quick manner and at a relatively low cost. Couple this with later updates that remove the human driver and other changes that may involve using vehicles with more passenger capacity, and the LVCC Loop becomes a viable public transportation system.

This is especially notable considering that the LVCC Loop was built for a very affordable price. It’s easy to mock the underground tunnels now because of its current state, but it is pertinent to note that the other project shortlisted for the site cost over four times as much. Ultimately, it must be emphasized that the Las Vegas tunnels today are merely seeds for what The Boring Company’s technology could truly do. And if one were to look at the system’s potential, then one can see a disruption in the making.