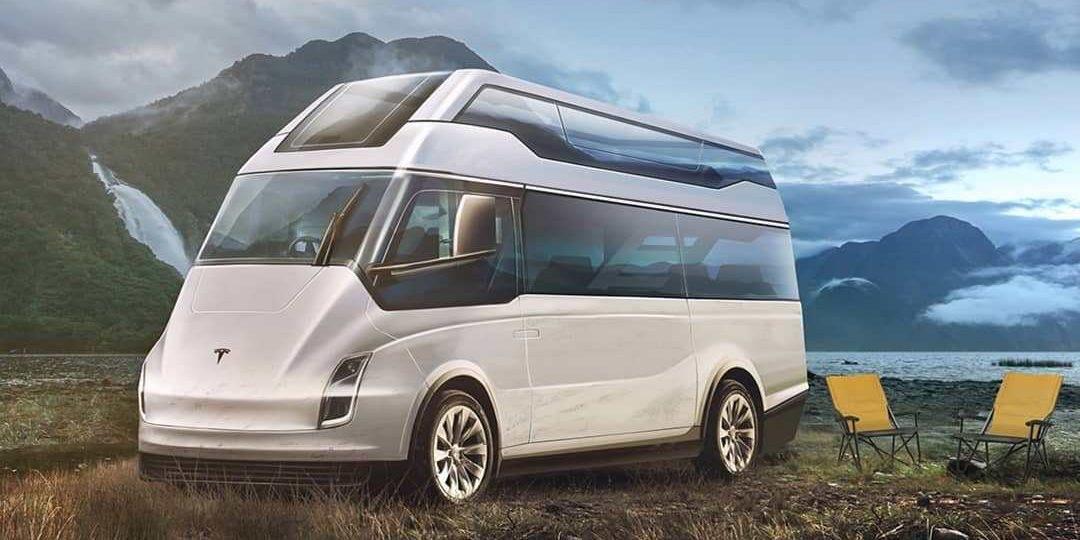 Tesla CEO Elon Musk gave some details about the prospective electric van that the company could develop in the coming years. In an interview with Joe Rogan on the comedian’s podcast, the Joe Rogan Experience, Musk indicated that a van’s design would be more favorable to equip solar panels for stationary charging.

During Tesla’s Q4 2020 Earnings Call, TBC Capital Markets analyst Joseph Spak asked Musk about the possibility of developing an all-electric van. Vans have become a major player in the EV space since Rivian was contracted by e-commerce giant Amazon to build 100,000 electric delivery vans. The vans have recently started testing in Southern California. Ford also developed an electric version of its Transit van.

The prospect of Tesla developing an electric van was confirmed by Musk during the Earnings Call.

“I think Tesla is definitely going to make an electric van at some point.”

Equipping any of Tesla’s currently-offered vehicles with solar panels would raise the cost of the car exponentially while not giving enough value to drivers who would pay for the feature. The issue is, most passenger vehicles do not have the surface area, or are they driven in the correct climate to make the installation of solar panels an advantageous solution to add driving range. Some have tried this in the past with DIY projects, but it hasn’t resulted in much effectiveness to justify it as an option for Tesla.

However, Musk says that a van would be ideal for a solar panel system, considering its relatively flat roof and large surface area. These two issues are what make the design unfavorable for sleek, stylish sedans and SUVs that the company offers for passenger transport. A van, however, is boxy and would be effective for solar panels if they were to be outfitted onto a vehicle.

“Now, a van, because you have a big, flat area, that’s actually where solar could start to make a little more sense. You know, because you have a lot of area. You could also have, maybe, a roof where it is solar, and then, when it is stationary, [the roof] goes out and provides shade, and maybe triples your area or something like that. Now, you triple the area, and you have a big, flat surface, you could maybe start charging enough where you start getting like 30 miles a day.”

Rogan described Musk’s idea, indicating that the roof “going out” would look similar to an awning, which would make sense especially in the case that the van needed more surface area for the solar panels.

Of course, this idea is preliminary, as Tesla has not confirmed that it is developing an electric van for the market. However, it could be advantageous for several things, including commerce transportation and for use with the Boring Company’s several underground loops that are in development.