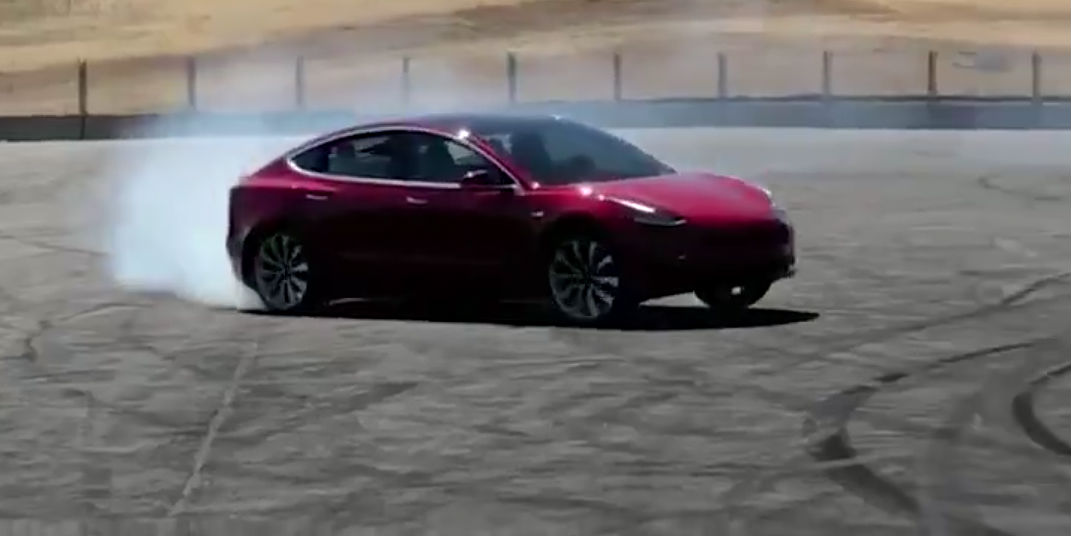 Tesla continues to actively promote the Model 3 to customers, with CEO Elon Musk recently stating that the Model 3 Performance is “higher value for money” compared to the company’s top-tier vehicle — the Model S P100D.

Musk’s latest push for the Model 3 Performance came as a response to a Model S P85D owner, who inquired if it is worth trading in his larger vehicle to the smaller but seemingly more nimble Model 3 Performance. For the first time since the Model 3’s launch, Musk compared the car favorably against the Model S P100D, at least when it comes to value for money.

In a lot of ways, Elon Musk’s statement does ring true. After all, the difference between a fully loaded Model S P100D and a fully-optioned Model 3 Performance is substantial. In Tesla’s design page, the Model S P100D is listed with an estimated cost of $135,200 with all options included. The Model 3 Performance, on the other hand, costs $80,000 fully-loaded. That’s a difference of roughly $55,000 — just slightly above the cost of a non-performance Tesla Model 3 Dual Motor AWD before any options.

This is not to say that Tesla is dissuading customers from purchasing the Model S P100D, of course. As mentioned by Musk in his tweet, the P100D is still the top end of Tesla’s offerings. With its gut-wrenching 0-60 mph time of 2.28 seconds with Ludicrous Mode, it is far quicker than the Model 3 Performance, which has a 0-60 mph time of 3.5 seconds. Nevertheless, the Model S P100D is known for severely throttling its performance when driven hard around the track — an issue that is not present in the Model 3 Performance, thanks to a clever battery and electric motor cooling system. The Model 3’s electric motors and battery use cooling circuits that are independent but linked. In the event that one component heats up, the system shifts cooling capacity where it’s needed. The system can also use the battery as a heat sink to shed excess thermal load from the motors.

Elon Musk’s latest tweet about the Model 3 Performance says a lot about the company’s strategy in the coming quarters. In the recently-held Q2 2018 earnings call, Musk and Tesla’s executives stood firm on their target of making the company profitable in the third quarter. Musk mentioned this in the call, when he linked the company’s profitability target to the Model 3 ramp.

“At a production rate of 7,000 cars a week, we believe we can be sustainably profitable from Q3 onwards. We’re going to try to raise that rate of the Model 3 production steadily in the coming quarters and try to get to the 10,000 cars a week number as soon as we can. I feel comfortable achieving a GAAP income positive and cash flow positive quarter every quarter from here on out,” Musk said.

So why the Model 3 Performance? Tesla likely makes a good amount of profit from the Model S P100D, but the full-sized sedan’s production has pretty much plateaued over the years. The Model 3 ramp, on the other hand, is still ongoing, and is expected to rise significantly in the coming quarters. Tesla is aiming to hit a gross margin of 25% for the Model 3, and with the vehicle’s production estimated to hit 10,000/week sometime next year, Tesla appears to have a solid shot at making its sustained profitability goals a reality.