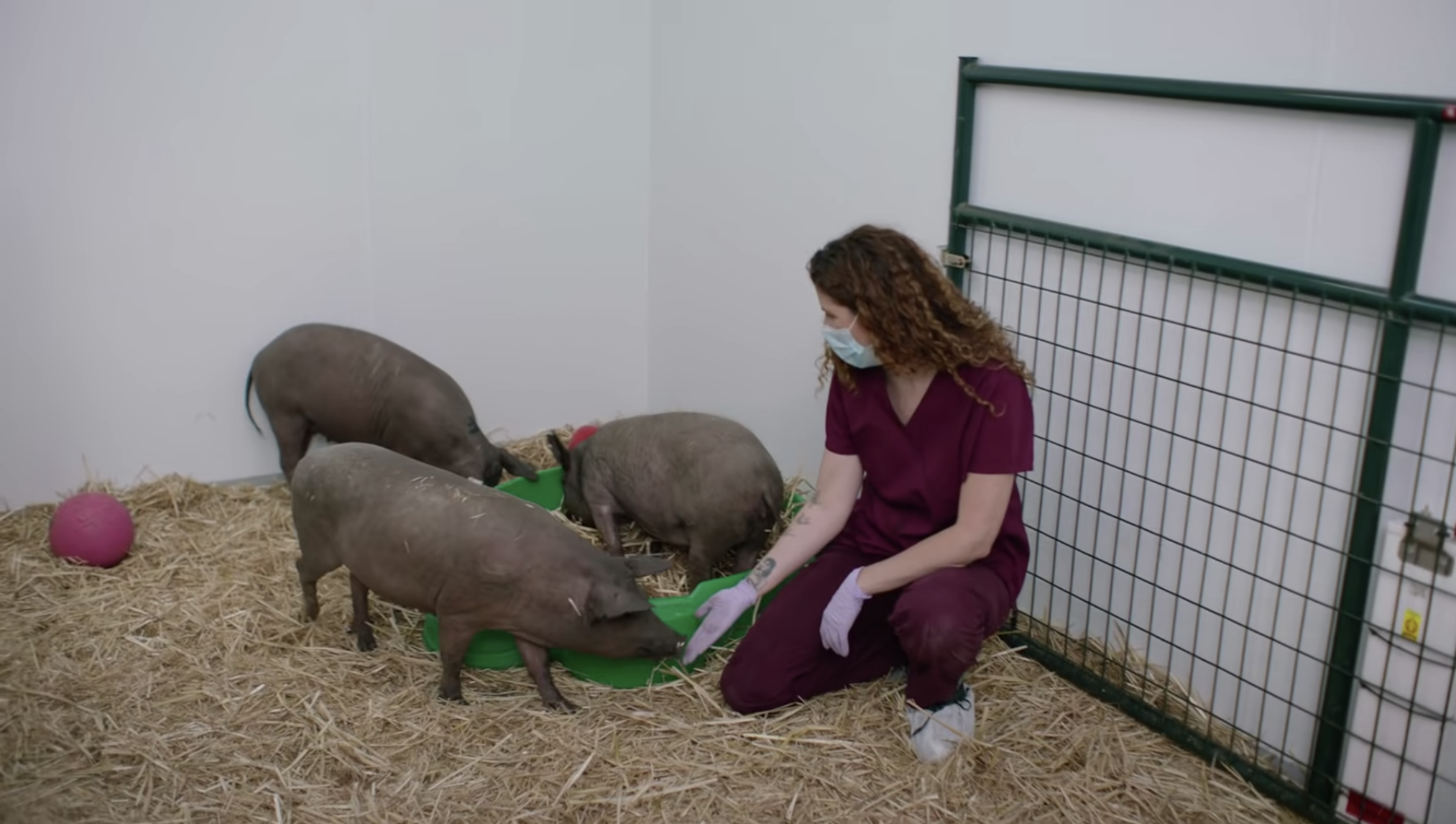 Neuralink, Elon Musk’s neurotechnology company, recently detailed how the three little piggies it used for the initial studies of its new Link V0.9 were treated. One focus of the company was to keep the pigs happy and treat them as their own, all while gathering important information during experimentation that is helping develop one of the most significant breakthroughs in the history of neurological treatment.

“Taking care of our animal friends is a core value at Neuralink,” the company said in the description of a YouTube video it posted on August 28th.

Before human experimentation begins, Neuralink scientists and engineers chose to test the new Link V0.9 device on pigs, which stole the show during the company’s August 28th Update event. The most notorious of the three was Gertrude. She still equips the Link as of the event and is functioning normally and happily while supplying engineers with valuable information regarding the product’s performance.

Many of the team members at Neuralink admitted that the animals became more than just test subjects, and they became attached to each pig that helped them with information gathering. It was important for all team members to treat the animals humanely and with the same amount of respect as a pet would receive, which is different from many companies that choose to test their products on animals before releasing them to the public.

Numerous animal rights organizations have called to stop animal testing in the past, and some people choose not to buy products from companies who use animals for testing. However, with awareness for the humane treatment of animals becoming a widespread belief, more companies are watching how they treat test subjects.

Neuralink’s goal was to keep all of the animals who were chosen for testing as happy as possible. It ultimately came down to equipping the team with more than engineers and scientists. Other employees had responsibilities that required them to keep the pigs happy during Neuralink’s initial developments.

Several team members were required to come up with behavioral and training plans for the pigs to ensure the safety and well-being of the animals while research was being performed. Their pens were to be spacious and comfortable and were maintained daily by the team members with fresh hay, food, and water.

Additionally, an attending veterinarian was kept on-site at all times, ensuring the safety and humane treatment of the animals while research was ongoing. Sam Baker, DVM, DACLAM, said, “I oversee all facets of the animal care program from the day-to-day husbandry, food, water, provisions for these animals to ensure that they are always looked after to the best of our ability.”

A committee of Neuralink team members also holds regular meetings to discuss how the group can provide more love and compassion to the animals during the development of its products.

Along with humane treatment, love and compassion from team members, and regular exercise, it is certain that the correct treatment of the animals during the testing phase was of utmost importance to the Neuralink team.