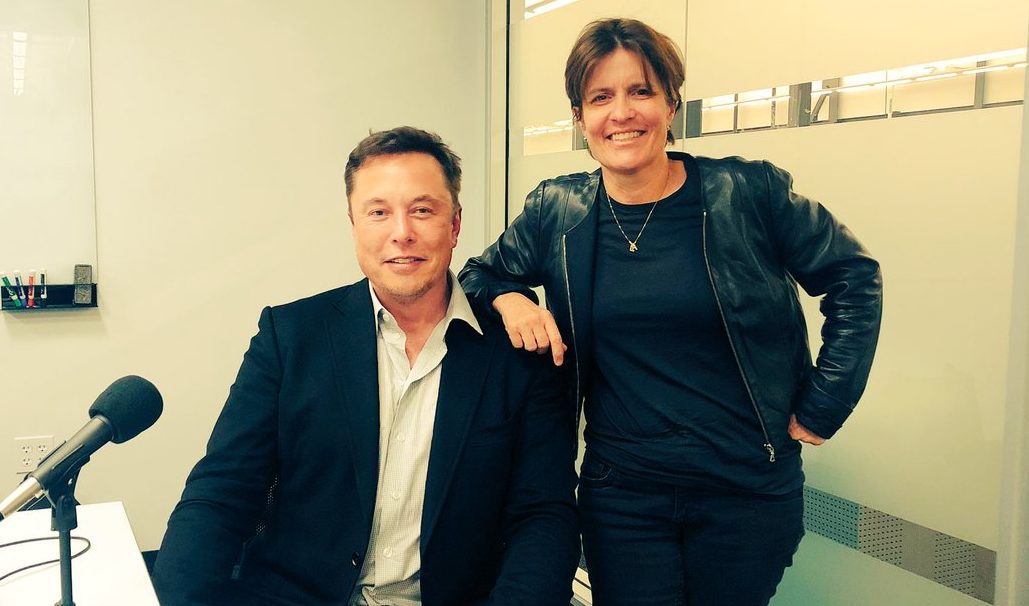 On Friday, November 2, 2018, Elon Musk would be featured in an 80-minute Recode Decode podcast, hosted by famed tech journalist Kara Swisher. In a series of tweets on Thursday, Swisher provided some teasers of the upcoming episode, stating that she and Musk would be talking about several topics, including Tesla, SpaceX, The Boring Company, the Saudis, Artificial Intelligence, Twitter regrets, and more.

Needless to say, this upcoming podcast would most certainly be filled with notable tidbits and updates on Elon Musk’s numerous ventures. Lightheartedly referencing Musk’s controversial appearance in the Joe Rogan Experience podcast earlier this year, Swisher assured her followers that yes, Elon Musk would be talking about a lot of topics, and no, there would be no alcohol or cannabis involved. A follow-up post further teased that the upcoming podcast would feature a “more rested Elon Musk,” which bodes well for the quality of the 80-minute session.

Podcast secured. (@elonmusk approved of this joke — well, he laughed at least) pic.twitter.com/d7yOY3Z5AE

If any, followers of Elon Musk’s several ventures would likely get more notable updates and tidbits of information from Swisher’s upcoming Recode Decode episode than they did in Musk’s 2-hour-plus interview with Joe Rogan last September. Between the two podcast hosts, after all, Kara Swisher’s knowledge in tech and her background on Musk’s projects is incomparable with Joe Rogan’s. During Musk’s sessions with Rogan, for one, there were notable periods when Musk took some time explaining the basics of his work and his company’s products to the MMA enthusiast and comedian. Such instances would likely not happen in the upcoming Recode Decode episode.

Recode, particularly Swisher, and Elon Musk have a rather long history together. The noted tech journalist, after all, has written about Elon Musk in the past. In her opinion column in the New York Times this past August, for example, Swisher gave her take on Elon Musk’s behavior on Twitter and their repercussions, dubbing the serial tech entrepreneur as the “Id” of tech. Swisher and fellow Recode founder Walter Mossberg have also interviewed Musk on numerous occasions, featuring him on the D11 conference back in 2013 and in the 2016 Code Conference.

Elon Musk’s year has been rife with notable ups and equally grave downs. This year included milestones such as the Falcon Heavy’s inaugural flight as well as Tesla’s transition into a profitable electric car company (it surprised Wall Street by posting $6.8 billion in revenue and beating earnings estimates with a GAAP profit of $312 million), while The Boring Company, a startup founded as a result of a pun on Twitter, won a high-profile bid for the upcoming Chicago-O’Hare high-speed transport line. That said, Musk has also attracted a notable amount of controversy, including an SEC lawsuit over his “funding secured” tweet last August that cost him and Tesla a total of $40 million as part of a settlement, and a series of Twitter altercations with the media that negatively affected Tesla stock.