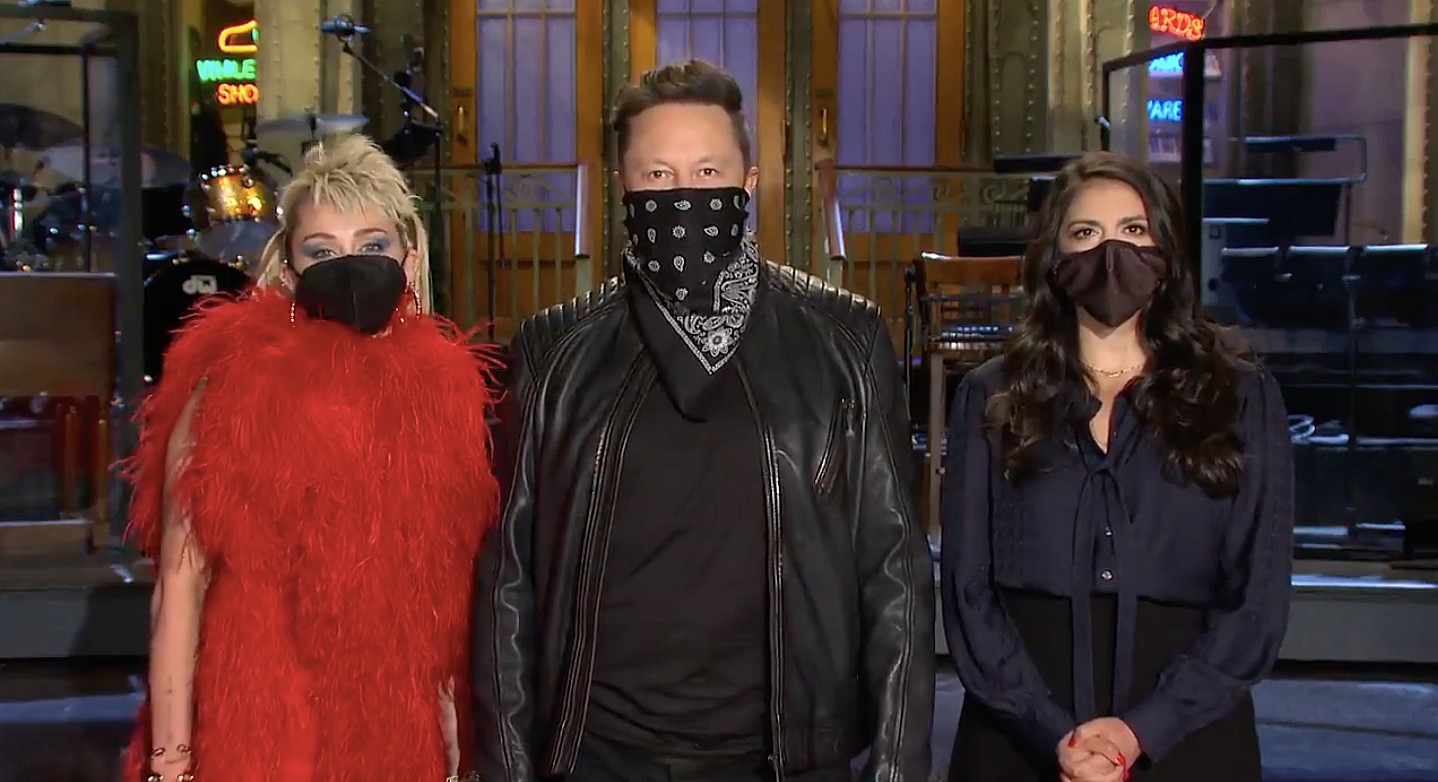 Elon Musk seemed to be in his (slightly awkward) element in a recent promo for his upcoming appearance as a guest host at Saturday Night Live. Musk, together with musical guest star Miley Cyrus, is poised to be featured in the noted late-night comedy show this coming Saturday, May 8, at 8:30 p.m. PST.

Together with the award-winning singer, the Tesla and SpaceX CEO invited viewers to check out the upcoming SNL episode. He also described himself as a “wild card,” as there is really nothing much that could indicate what he would do. Cyrus was on the same page, scoffing at “rules” and the like.

“Hi, I’m Elon Musk, and I’m hosting SNL this week with musical guest Miley Cyrus. And I’m a wild card, so there’s no telling what I would do,” Musk said, adding that they would try to be “good-ish.” In a companion promo, the award-winning singer asked Musk what he was up to this week, to which the SpaceX CEO said that “I just did a successful rocket launch this week.”

While such a statement may sound bold considering that rocket launches are inherently impressive, Musk was actually underplaying SpaceX’s accomplishments over the past week. Musk’s statement was likely related to the successful test launch of Starship SN15, which completed its landing for the first time. But this was not all that SpaceX did over the last seven days.

Together with Starship SN15’s successful launch, SpaceX also successfully and safely brought home four astronauts from the International Space Station through its Crew Dragon capsule. The astronauts, which were part of the Crew-1 mission, spent a record 168 days in space. Of course, SpaceX’s resident workhorse, the tried-and-tested Falcon 9 rocket, also launched 60 new Starlink satellites into orbit before landing perfectly on a droneship in the middle of the ocean.

How we feel knowing that the astronauts of NASA's SpaceX Crew-1 mission have safely returned to our home planet. 💙 pic.twitter.com/CANUXMar9B

Perhaps when one is as accomplished and experienced as Elon Musk, the words “I just did a successful rocket launch this week” are a lot more humble than they sound.

Despite initial controversy from some of SNL‘s cast about Musk’s hosting gig this Saturday, things seem to be smooth sailing for the SpaceX CEO and the cast of the late-night comedy show. In a statement to Entertainment Weekly, Saturday Night Live cast member Pete Davidson noted that the cast and Musk recently dined together, a tradition among the show’s guest hosts.

According to Davidson, the dinner was pleasant, and there was no talk about the alleged controversies and protests from cast members who were opposed to the CEO. Davidson did note that Musk was really nice, and that he was excited for the episode.

“We didn’t discuss it at all because we’re all just like… I just don’t understand why this is the dude everyone’s so freaked out about. I was like, ‘What did he do? He’s just like a really wealthy businessman that makes, like, nerd s***.’ I don’t know. He’s really nice. I’m excited,” Davidson said.