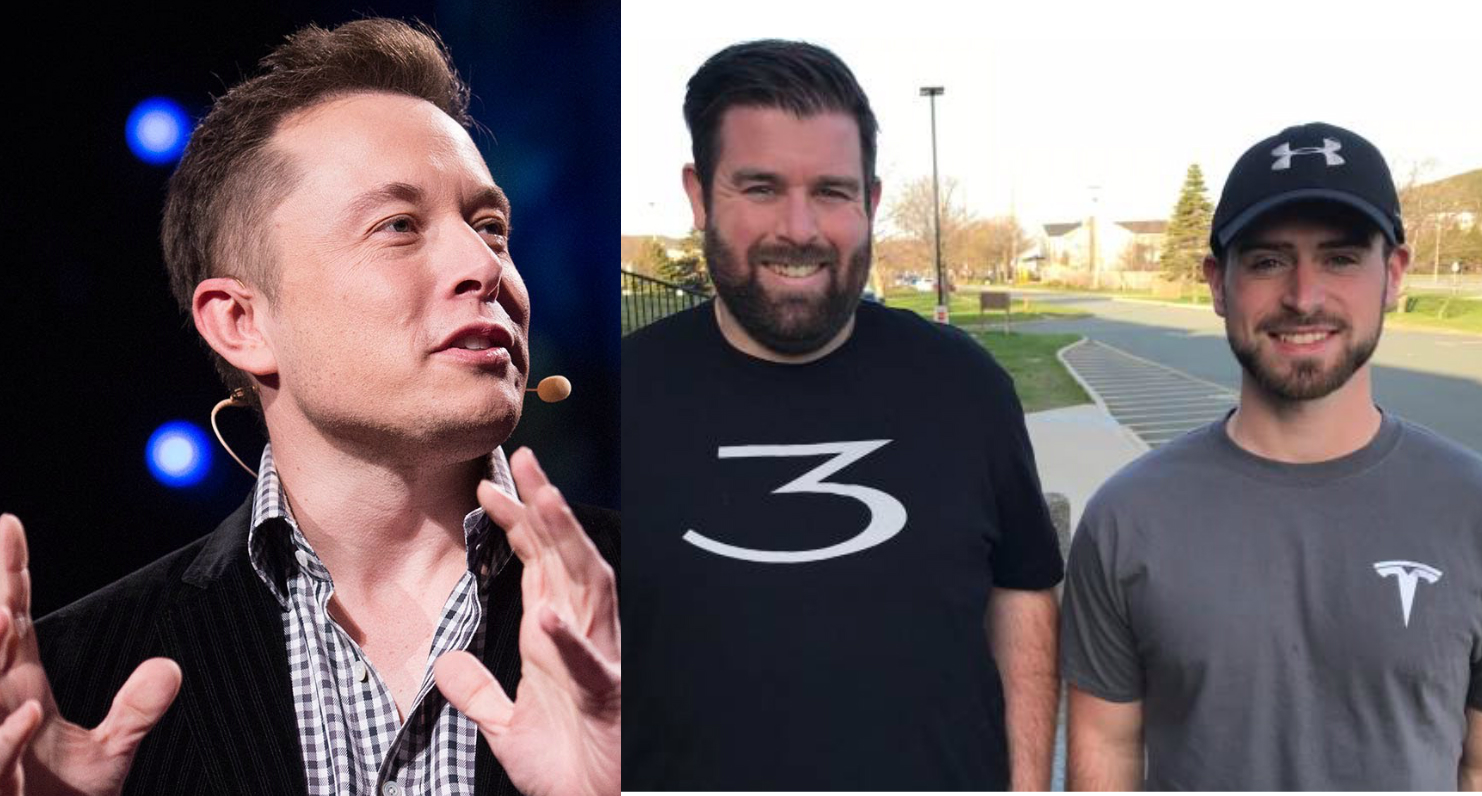 Mark Comeau and Matthew Lane from the Memorial University of Newfoundland were serving as interns at Tesla when they spotted a point for improvement in the Model 3 production line. Less than two months later, the pair were personally invited by Elon Musk to join the electric car maker.

Matthew and Mark were no strangers to Musk’s projects. The pair had worked on the SpaceX Hyperloop competition in the past, and this year, they are returning to help judge the 2018 competition in July. The engineering students started their Tesla internship in January, where they worked at both the Fremont factory in California and at the Gigafactory in Nevada.

In an interview at CBC Radio’s St. John’s Morning Show, the pair described the series of events that transpired which eventually led to their hiring. According to Matthew, it all started when he and Mark came up with a solution to a gating problem in the Model 3 line.

“Essentially, it was a gating problem with the Model 3 production ramp. What had happened was we saw an opportunity to solve the problem. We came up with our own idea, and we actually sort of crashed the meeting with Elon himself and presented the idea. And, after speaking with him and one of his VPs, Doug Field, they essentially said ‘This is a good idea, but here’s the problem we are facing right now, so you guys go talk with us.’ And it snowballed from there,” he said.

Much to the pair’s surprise, Musk opted to follow through on their suggestions. Matthew and Mark worked on their solution to the Model 3 line’s gating problem, and not long after bringing things online, they were eventually called to the Gigafactory to address a new set of challenges.

“So about a month and a half after that, we worked on this issue, brought things online. And then, literally at 10 a.m. Monday morning, the week after we’re finished, we received a message saying ‘Hey, head to Nevada to the Gigafactory.’ And, a five-hour car drive later, we arrived in Nevada, with a whole new situation and a whole new set of problems to address,” Mark said.

It was after they were able to address the issues in Gigafactory 1 that Musk suggested that they stay with the company. Mark elaborated on their encounter with Elon Musk at the Nevada factory.

“Elon is the type of CEO that is actually hands-on in the factory floor. He’s not one of those that sits on the ivory tower and just gets reports. He’s actually on the line, seeing the issues himself in person, and seeing what contributions people are making, and what the issues are. He doesn’t like to hear things second-hand. He likes everything first-hand knowledge.

“So this issue had caused some delays with the production, so of course it was one thing that was always on his radar, and once we had figured it out and got it up and running reliably, he came by, and he had us walk through it. It’s probably one of the most unnerving experiences ever, because he’s the CEO of the company and here we are, just two interns. And, he’s basically like ‘Yep, you’ve got to stay.’”

Mark is now hired as a special projects engineer for Tesla. Matthew will be returning to school for the summer semester, but he’ll be back at the electric car maker for the fall. The pair sees themselves as firefighters, deployed to areas in the company where there are issues that await solutions.

Ultimately, the story of how Mark Comeau and Matthew Lane got personally hired by Elon Musk is a testament to Tesla’s practice of allowing communication to travel through the shortest path necessary. The pair, after all, were engineering interns, and in any other company setting, it would have taken a lot of red tape before the pair would have been able to propose their solution to the CEO. This particular culture was highlighted by Musk in a leaked email last month, when he specifically stated that communication through “chain of command” should never be done.