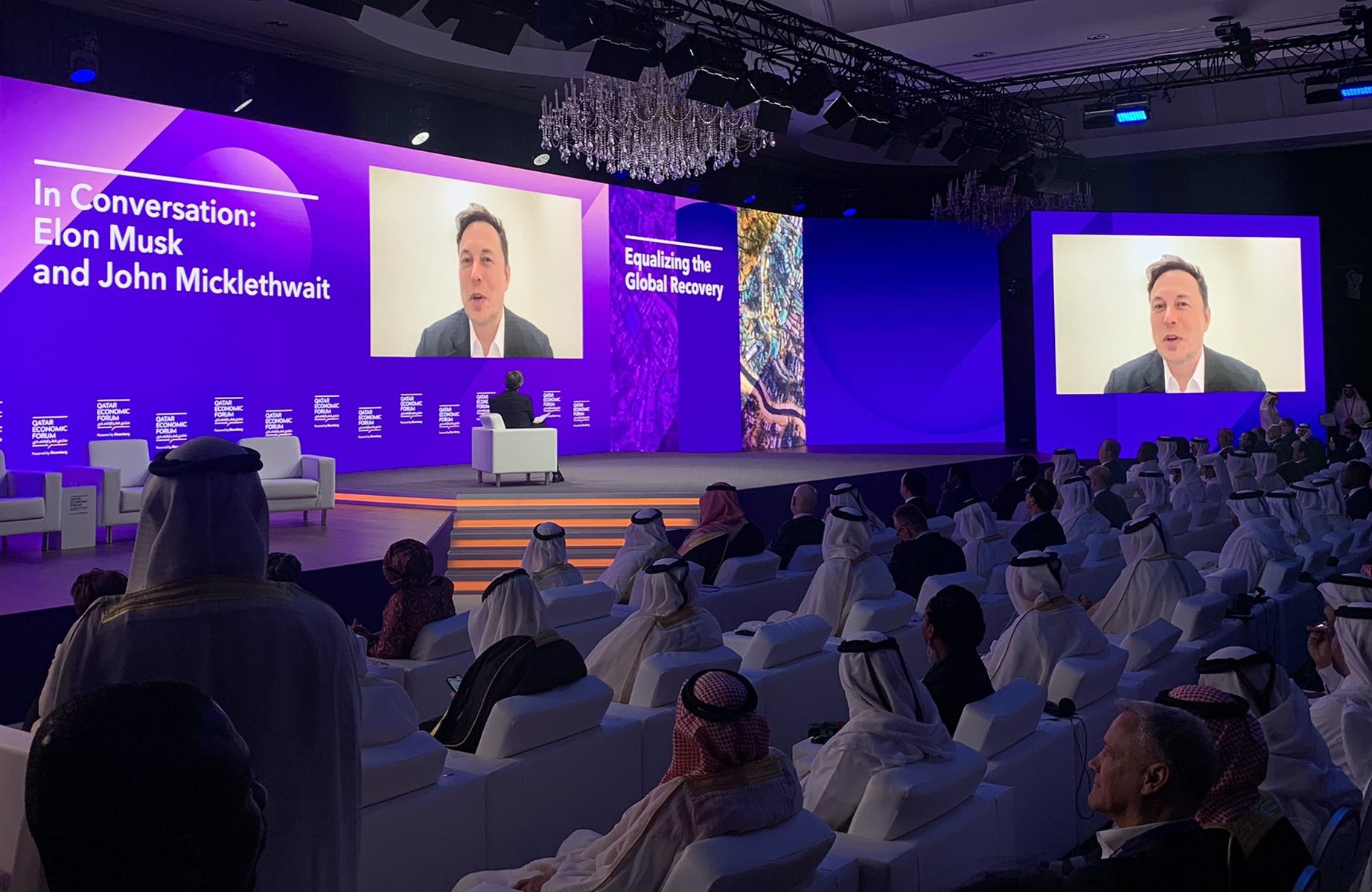 Elon Musk discussed a variety of topics related to his Twitter acquisition efforts during his virtual appearance at the Qatar Economic Forum on Tuesday. Musk discussed, among other things, the three primary hurdles standing between him and his acquisition of the social media platform.

Bloomberg Editor-In-Chief John Micklethwait hosted the event, and he promptly asked Musk about the status of his acquisition deal with Twitter. Musk responded by highlighting that he would be measured in his responses, as there is a limit to what he can say publicly about the deal for now.

“I like to be measured in my responses here, such as not to generate incremental lawsuits,” Musk said, later adding that “deposition minimization” is important.

Musk’s offer to purchase Twitter for $54.20 per share in a $44 billion deal met roadblocks after the Tesla CEO took issue with the social media company’s estimate that less than 5% of its users are bots. Musk has demanded clarity on the platform’s bot spam and fake account data, which he has hinted could affect the price of his buyout offer.

Micklethwait, for his part, asked Musk if Twitter had provided him the information he had been requesting. The Tesla CEO did not directly respond to the question, though he noted that there are still about three main unresolved matters that are standing in the way of his acquisition of the social media company.

“Well, there are still a few unresolved matters. You’ve probably read about the question as to whether the number of fake and spam users on the system is less than 5% as Twitter claims, which I think is probably not most people’s experience when using Twitter. So we’re still awaiting resolution on that matter, and that is a very significant matter. So we’re awaiting resolution on that.

“And then, of course, there is the question of, will the debt portion of the round come together? And then will the shareholders vote in favor? So I think those are the three things that need to be resolved before the transaction can complete,” Musk said.

While there seemed to be some resistance from Twitter when Elon Musk started demanding more detailed data on the platform’s bots and spam accounts, recent reports have suggested that the social media company has agreed to comply with the CEO’s requests.

According to a previous report from The Washington Post, Twitter’s Board had planned to comply with Musk’s requests by providing him with full access to the platform’s “firehose,” a stream of data comprising over 500 million tweets posted every day. Data in the firehouse is quite extensive, as it reportedly includes a real-time record of tweets, the devices they are tweeted from, and information about the accounts sending out posts.