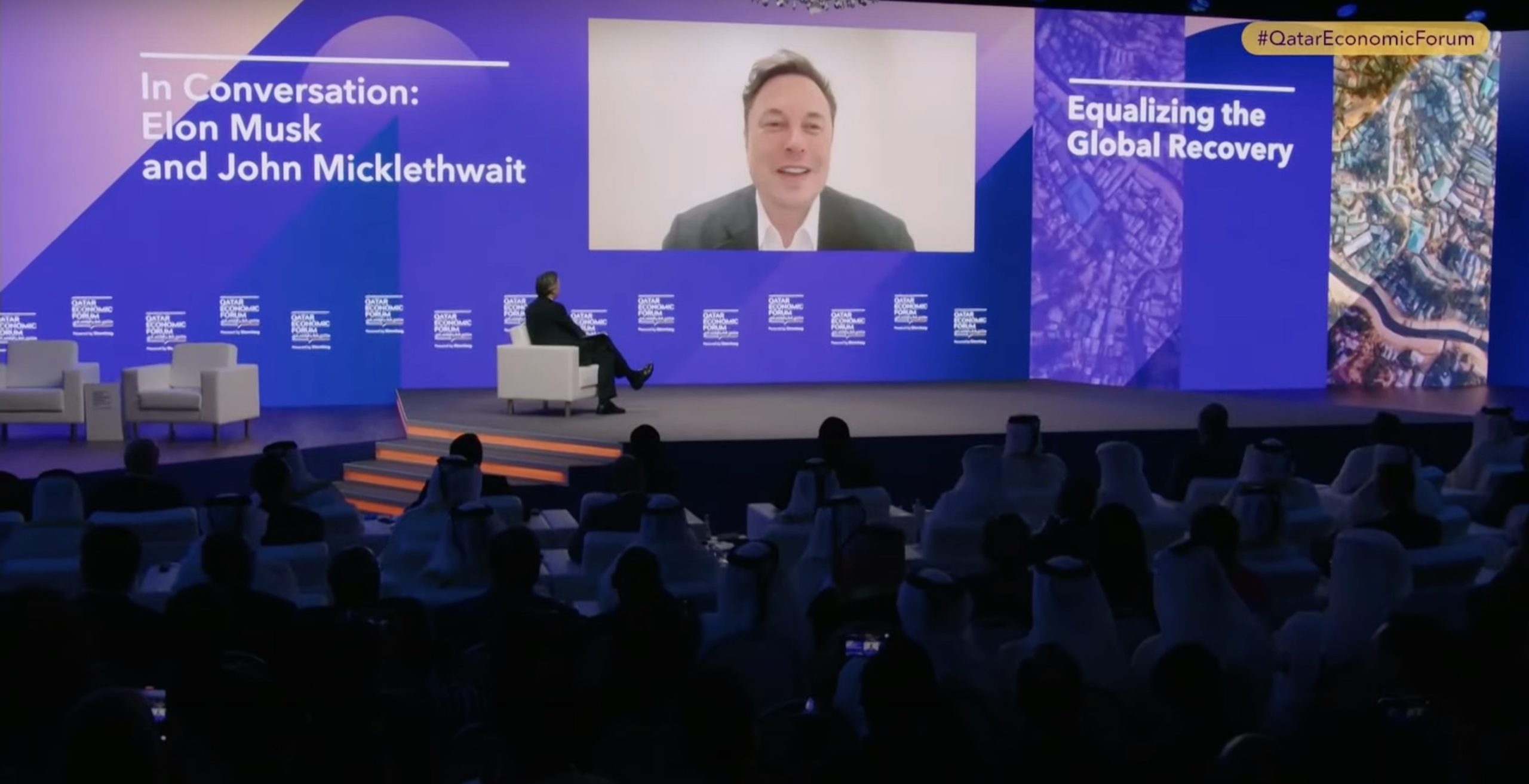 On Tuesday, June 21, Elon Musk outlined the three unresolved issues that need to be addressed before his $44 billion Twitter acquisition is finalized. Meanwhile, the Twitter Board filed a preliminary proxy statement urging stakeholders to approve Musk’s Twitter deal.

The Tesla CEO recently discussed a few topics with Bloomberg News Editor-in-Chief John Micklethwait at the Qatar Economic Forum in Doha. Micklethwait did not waste any time asking Elon Musk questions and asked about the $44 billion Twitter deal off the bat.

Musk said there was a limit to how much he could publicly divulge about the Twitter deal. However, he shared three issues that needed to be resolved before the $44 billion deal is finalized.

First, the two parties are still trying to resolve the issue of fake and spam users in the system. Twitter claimed that less than five percent of users are fake or spam accounts. Musk put the deal on hold due to the claim and asked Twitter to provide data supporting its spam/fake account estimates.

Twitter agreed to comply with Elon Musk’s demand for bot data earlier this month. The Tesla CEO attended a virtual meeting with Twitter workers last week, hinting that the deal is moving forward. At the meeting, Musk answered questions about the takeover, specifically the changes that would occur after the acquisition.

“And then of course, there is the question of will the debt portion of the round come together and then will the shareholders vote in favor [of the deal],” said Elon Musk, outlining the other two issues that need to be resolved before the deal is finalized.

The Twitter Board recently filed a proxy statement with the Securities Exchange Commission regarding Musk’s $44B deal. According to the filing, shareholders will be asked to consider and approve Musk’s Twitter acquisition at an upcoming special meeting. If the Twitter transaction is approved, shareholders will be entitled to receive $54.20 in cash—without interest and subject to any applicable withholding taxes.