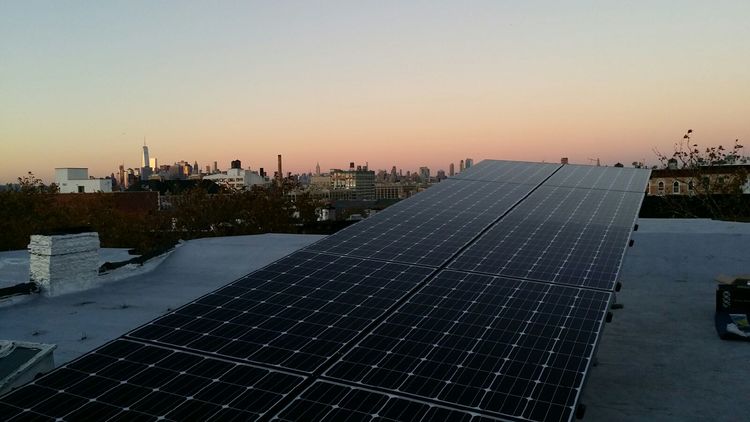 In his Master Plan, Part Deux released last week, Elon Musk made one of his priorities “a smoothly integrated and beautiful solar-roof-with-battery product that just works.” We have heard a lot about solar panel efficiency over the years, but beauty? That hasn’t been a consideration. One solar panel looks very much like another solar panel — until now.

Wired writes in an article dated July 22, “For decades now, going solar has meant sticking what looks like a bunch of computer monitors to your roof.” Hardly the look that many consider ideal for their homes. “Some people will always celebrate the tech-y symbolism of a typical solar panel,” says Aaron Dorf, an architect at architecture and design firm Snøhetta.

Dorf thinks the solar panel “will eventually become a first generation relic, like an Atari  or a car phone.” Looking to the near future, he believes things like installation cost and solar cell efficiency will cease to be limiting factors. “Musk is smart to directly target what may be the more significant threshold—beauty.”

We can’t know for certain what Elon intends but excellent design has always been an important component of everything he has done. As Tesla transforms itself into an energy company, we should expect the same level of commitment to beautiful design it is known for.

Others are engaged in designing the solar systems of the future. Sistine Solar makes innovative “Solarskin” panels which match the design of your existing roof. They are scheduled to go on sale next year. T.R. Ludwig, co-founder of Brooklyn Solarworks, says solar panels that can utilize sunlight striking both sides of its panels are more efficient and more attractive. “It’s an interesting aesthetic — more minimal, more sleek,” Ludwig says.

Solar panels are a great way of harvesting energy from the great “fusion reactor in the sky,” as Elon likes to call the sun. But not everyone is thrilled at the idea of solar panels on every rooftop. “When you start talking to a fire department about covering your building with solar panels, you get, ‘well, what happens if it burns? And what happens if my guys are underneath this, fighting a fire?” says  Brian Lane, managing principal at Koning Eizenberg Architecture.

Energy storage creates other legal challenges. Because batteries are a potential fire risk, it is nearly impossible to get permits for them approved in cities like New York.  There is also an issue with durability. The useful life of solar panels today is 20 to 25 years. Most roofs are intended to last 50 years.

Malay Mazumdar, a professor in electro-physics at Boston University, asks “If you integrate the roof with the solar panel…..should you change the entire roof?” If Tesla wants to design solar roofs that are stunning and smoothly integrated, they should also make them durable, or at least easy to replace, Wired says.

Another issue with solar panels is their orientation toward the sun. Not every roof is ideally suited for a solar installation. Some systems feature tracking systems that move the panels during the day to maximize exposure to the sun, but they add complexity and cost to the system.

No doubt Elon Musk has considered all these factors and has answers for each and every one of them. The one thing we can be sure of is that Elon will bring all of his creative powers to bear on the issue of solar power. If his commitment brings the same level of disruption to the electricity industry as it has to the automobile sector, he will further accelerate the changeover from fossil fuels to renewable energy that is at the heart of all his endeavors.