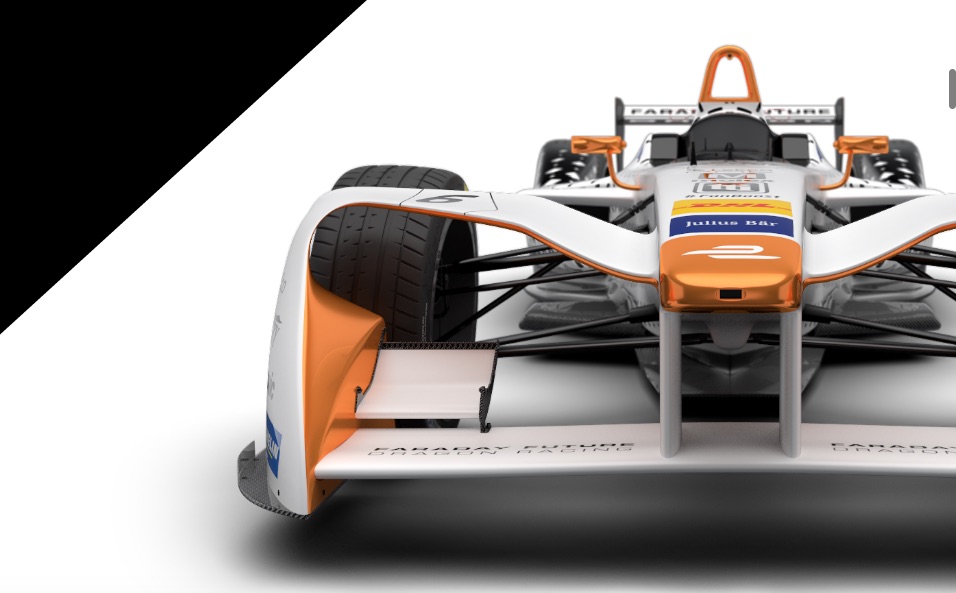 Unlike Tesla, which until now has adamantly stood by its position to not advertise, Faraday Future has taken a much bolder stance by basking in the limelight, ahem, FFZero1, and positioning its brand in Motorsports, but also in the consumer market, as a fierce competitor within the world of electric mobility. Today’s reveal of the new design for Faraday’s Formula E race car builds on the announcement made by the company earlier in the summer when it said it would become the title sponsor and core technical partner to the Dragon Racing team.

Former lead on vehicle and chassis engineering at Tesla, Nick Sampson, joined Faraday earlier in the year to become the company’s new SVP of Product R&D. In speaking about the new strategic alliance with Dragon Racing, Sampson said, “Partnering with Dragon Racing allows us to further showcase our electric vehicle leadership and technical capabilities in one of the most exciting Formulas in the world, I clearly see Formula E as the right venue to challenge our engineers and technologies in the most extreme performance conditions.”

The Dragon Racing team has a rich history in competing in Motorsports. Having placed as Runner up in the inaugural Formula E season and winning the Berlin ePrix, the pair of drivers along with its crew have a collective 150 years of racing experience, with over 275 race wins, 24 Indy 500 victories, and 17 series championships, according to stats published on the team’s website.

It’s an exciting time for electric-based Motorsports. We recently reported that race car driver, Model S owner and environmental activist, Leilani Münter, was selected as the first American driver to be competing across European circuits in the upcoming all-Tesla Electric GT (EGT) Championship. Having first-hand experiences in racing a Tesla Model S, we know the interesting challenges that comes with pushing a battery-powered vehicle to its limits. With big name sponsors behind Formula E, and engineering developments being made via the EGT and Faraday Future, it won’t be long before new breakthroughs in battery technology will allow it to become a mainstream vehicular power source.