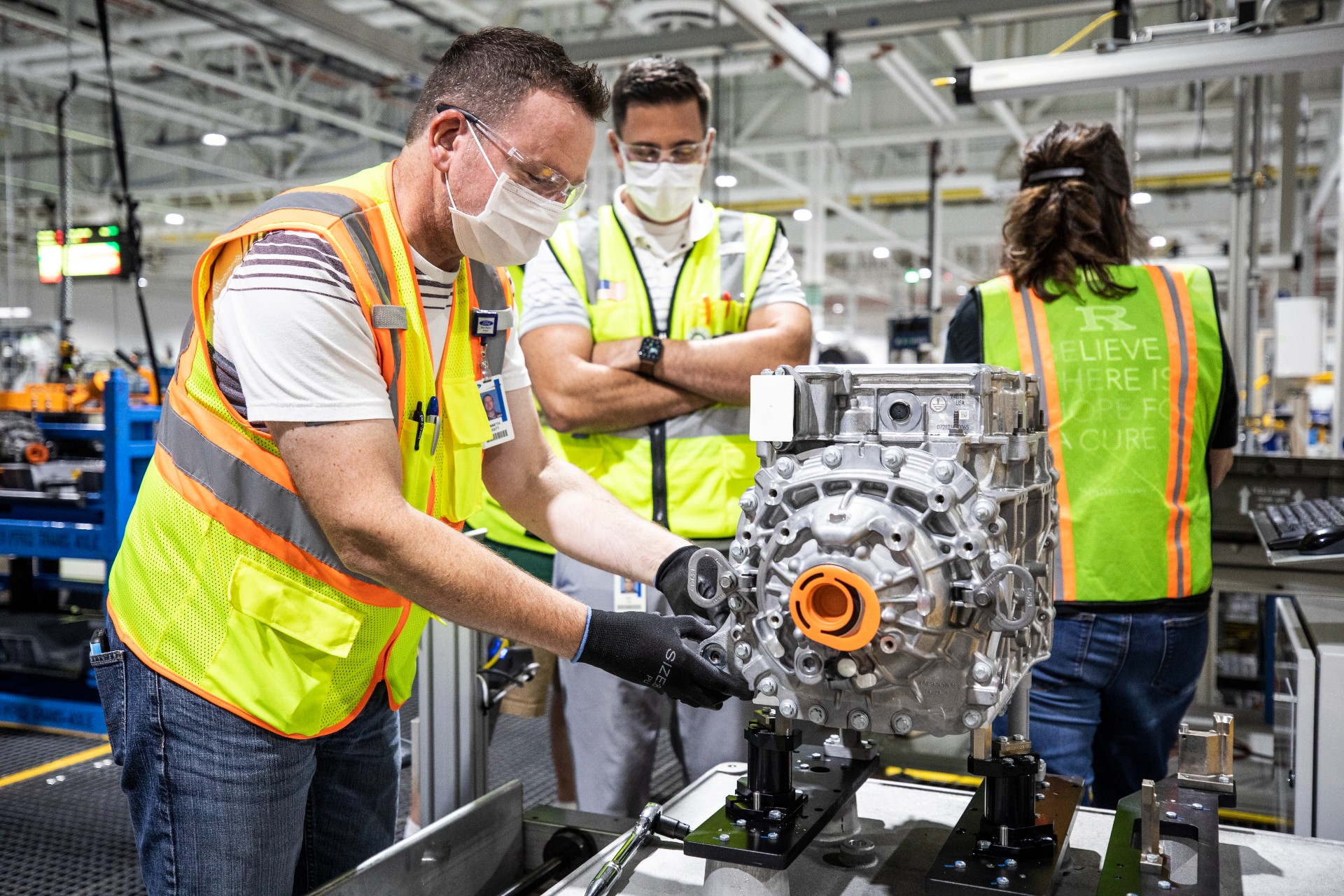 Ford CEO Jim Farley believes there may be some merit to separating the automaker’s electric vehicle project from the company’s main operation. A pure-play EV business, separate from Ford’s reputable brand of combustion engine vehicles that have existed since 1903, may help the automaker obtain a Tesla-sized market capitalization.

Farley sees merit in potentially separating the two different powertrains into separate entities, people familiar with the matter told Bloomberg in a new report. Hoping to launch its brand into a value level similar to Tesla’s, Farley believes a spinoff business that focuses purely on electric vehicles could pay dividends, especially as Ford and other legacy automakers have committed to fully-electric futures, void of any combustion engine vehicles.

The mixup may not require a separate brand name or even split the operation. This may prove to be too difficult, and Ford is not considering the option, according to the report. Farley may separate the EV business internally as a “unit,” and it could be the first consideration in Ford’s recently-revealed $20 billion playbook mixup.

In another report, it was revealed that Ford was willing to spend an additional $20 billion of company funds to restructure its EV playbook. Ford plans to use the massive budget to utilize specific strategies that Tesla used to gain its notoriety as the leader in the EV sector.

Ford intends to spend between $10 and $20 billion on the project, giving it a sky-high budget and relative free range for business moves. “We are executing our Ford Plus plan to transform the company and thrive in this new era of electric and connected vehicles. We would not comment on speculation,” Ford’s Communications Chief, Mark Truby, said in the report.

Ford also expanded its production goals on Farley’s request. The automaker plans to deliver at least 600,000 electric units within 22 months. With the Mustang Mach-E being the number two most popular EV in the crossover market, the F-150 Lightning set for deliveries in the Spring, and the E-Transit beginning deliveries last month, Ford seems like it has the capacity, plan, and certainly the funding to accomplish its goals.

Tesla is the world’s most valuable automaker by a considerable margin. Led by its massive increase in stock price over the past two years, Tesla has skyrocketed to monumental levels not thought to be possible at one point for a simple automotive company. However, Tesla has revolutionized the way the consumer market looks at vehicles, turning them from machines to technological marvels that receive updates just like a cell phone.

Tesla stock has gained over 856 percent since January 3, 2020. Most of the company’s increased valuation came from profitability, increases in production and deliveries, the introduction of new battery and safety technologies in its vehicles, and a resilience through the COVID-19 pandemic that seemed to exist only in the automaker’s Fremont factory in Northern California. Despite Tesla being a small, scrappy automaker with as few as 80,000 deliveries in a quarter just a few years ago, the company managed to basically evade the entire semiconductor shortage thanks to engineering and stockpiling.

Nevertheless, Tesla is the perfect picture of what an EV company looks like from a financial perspective. A healthy cash flow, plenty of profitability, and continuing and proven growth gets a company to those levels. At least it does in the EV world.

“Running a successful ICE business and a successful BEV business are not the same. I’m really excited about the company’s commitment to operate the businesses as they should be,” Farley said during Ford’s recently-held Q4 Earnings Call. Farley may have been considering the option of separating the two businesses for some time. Obviously, this was not an idea that sprung up overnight. However, it appears this may have been in the works since 2021.

More Bloomberg sources said Ford had met with advisers to explore additional options for the EV operation. Farley wants to maximize the value of the EV portion of Ford’s business and has considered a potential spinoff company or even a full-on breakup. However, his idea has eventually evolved into an “internal split,” the sources said. This could still prove to be difficult, especially as it could require significant restructuring in the manufacturing layout of the company. Facilities that build both ICE and EV vehicles would need to be separated; an extremely complex task that could take a long time and cost a lot of money. Additionally, employees would have to be separated in the mixup.

Ford stock spiked on Friday following the initial reports of Ford’s potential EV-ICE business breakup. Shares were up 2.88 percent at 11:57 AM in New York.

Analysts are bullish regarding the potential of Ford’s shake-up, and the F-150 Lightning is leading the way. “Huge step in the right direction as Farley doubling down on EV vision. We believe Ford is in the midst of massive EV transformation led by Electric F-150,” Wedbush’s Dan Ives said.