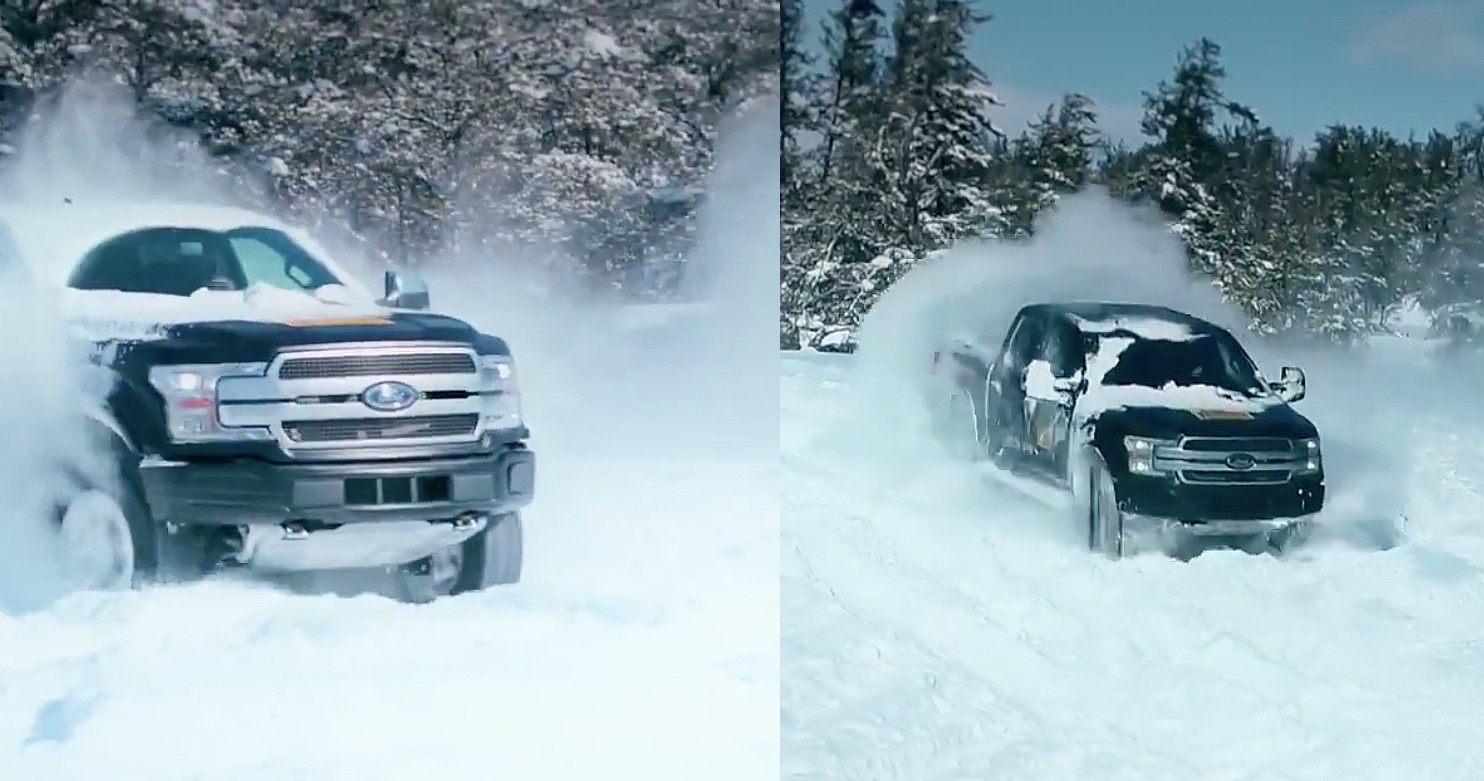 The race for the all-electric pickup market is on, and the number of competitors in the segment is only increasing. Amidst the arrival of the GMC Hummer EV, Ford Motor Company, General Motors’ longtime rival, seems determined to not get outdone.

Unlike GM, whose prototypes caught criticism due to the fact that the Hummer EV shown to members of the media during the vehicle’s unveiling were reportedly not fully functional, Ford has been emphasizing the tough capabilities of its F-150 Electric prototypes. Ford has so far showcased the F-150 Electric’s strength by having the vehicle pull a trainload of other F-150s. The company also featured the pickup traversing muddy and rocky terrain.

In its recent ad, Ford decided to showcase another aspect of the F-150 Electric’s capabilities. This time around, the veteran automaker showed its prototype playing around in the snow. The ad was short, but it highlighted the fact that apart from being incredibly strong and capable, the F-150 Electric will also be fun to drive.

Ironically enough, the Ford F-150 Electric’s main rival will likely be the Tesla Cybertruck, which starts at less than $40,000. According to Kumar Galhotra, president of the Americas and international markets at Ford, in a previous statement, the F-150 Electric will not be a lifestyle pickup like the Rivian R1T or the Hummer EV. Instead, it would be a true work truck that just happens to be electric.

That’s the exact same market that’s being targeted by the Tesla Cybertruck. This is one of the reasons why the Cybertruck features an XY design and a steel exoskeleton. With this in mind, it would appear that the “work” pickup truck segment in the coming years may very well involve a rivalry of sorts between the F-150 Electric and the Cybertruck. Such a scenario will most definitely be interesting considering that the F-150 Electric is the EV iteration of a tried and tested formula while the Cybertruck represents concepts that have never been attempted before.

Watch Ford’s recent ad for the F-150 Electric in the video below.