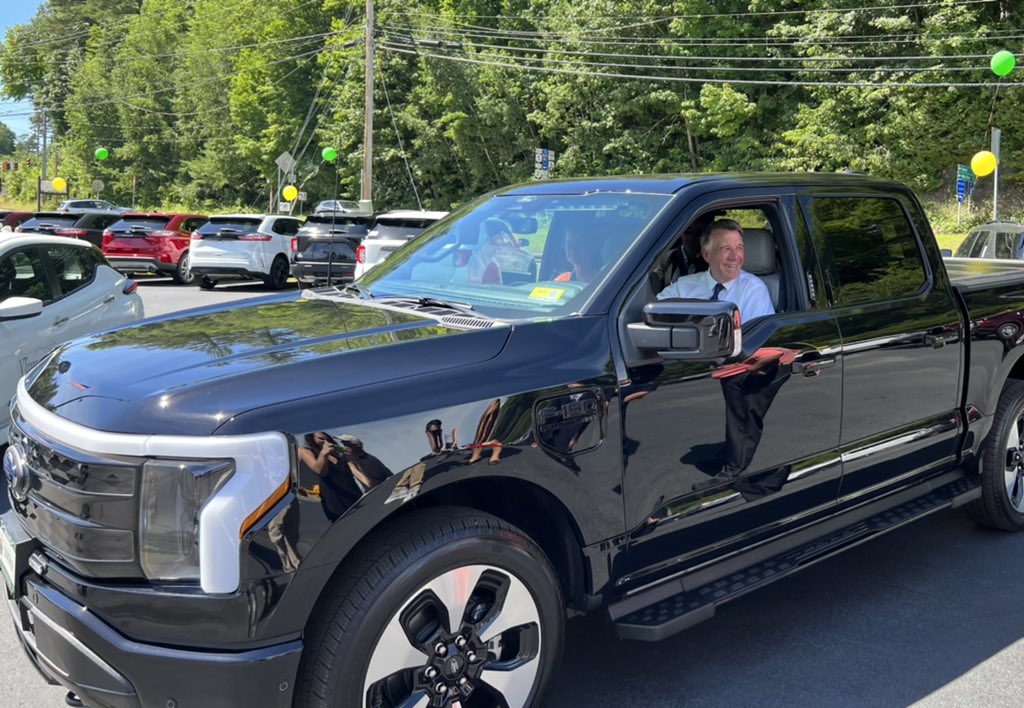 Earlier this week, Governor Phil Scott of Vermont took delivery of a new Ford F-150 Lightning that will be part of the his fleet of vehicles that ensure secure transportation.

According to a local news station MyChamplainValley, the new F-150 Lightning picked up by the Governor will be part of the Governor’s official security transportation team. In a comment, the Governor stated that the truck and EVs generally are a crucial part of the State’s plan to limit greenhouse gas emissions.

The Governor shared video of when he took delivery of the truck on his Twitter.

In Vermont, we have made substantial investments in EV infrastructure and incentives to make them more affordable. Now, Vermont will be the first state whose governor’s official vehicle is all-electric. 1/2 pic.twitter.com/K6DrgV5gsk

Along with picking up his new F-150 Lightning, the Governor drew attention to Vermont’s success in implementing EV charging infrastructure and the plan to continue expanding charging to make EV ownership more accessible and more possible in the rural State. According to the Governor, Vermont leads the nation in chargers per capita and intends to keep that lead. More funding has been introduced via the Electric Vehicle Supply Equipment Grant Program, which will grant funding for EV charging placed at multi-unit residents.

Another State representative commented that Vermont is working to electrify its government fleet. “…nearly 60% of the agency of transportation’s light-duty vehicle fleet… is either hybrid-electric or full battery-electric,” the rep said, according to the report.

Vermont has multiple state-level incentives for its residents to access when buying an electric vehicle or charger of their own. According to the Department of Energy website, the State has four incentives in the form of grants or tax credits to help individuals or organizations buy EVs. Further, the State has countless infrastructure incentives, local level incentives, and charging rebates available to residents.

This news comes shortly after Ford announced yet another successful month of EV sales, continuing to grow month over month. The F-150 is an option that many Americans are familiar with, and it is no wonder it has found success in retail, commercial, and government sales. With the Silverado EV coming out next year, it will be interesting to see how the ever-competing brands will fair against each other once again.